The ad tech scene in Switzerland is shifting - here's what you need to know. 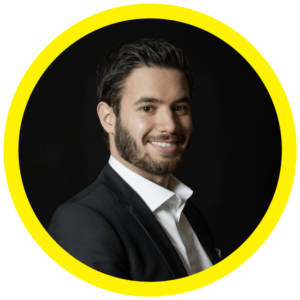 The centre of Zurich is moving. Just off the main shopping street, the ‘world famous’ Bahnhofstrasse, is Paradeplatz, home to the HQ of UBS and Credit Suisse, five- star hotels and high-end galleries. But this image of Swiss excess is fading, being replaced by one of shipping container beer gardens, pop-up cinemas and art galleries in converted breweries. Zuri-west is the new home of creativity in the city.

It’s a cultural shift that is symptomatic of a city that is embracing start-up culture, applying Swiss engineering and precision to fields such as fintech, fashion and food. The trendy ImpactHub venue, based in a railway arch, has fostered a host of new companies, ETH students lead the way in AI, and the Digital Switzerland organisation is bringing together cross-sector expertise.

Creatively, Switzerland’s major advertising companies all call Zurich home, aiming to capitalise on both the design talent and high-spending clients. International agencies Leo Burnett, Publicis and TBWA all have offices in the city. They’re reliable, predictable and focused on local markets. A couple of smaller creative agencies, both spin-offs of German shops, Heimat and Jung Von Matt, have recently been sources of some of the most innovative work.

Heimat Zurich’s launch for online retailer Siroop made the most of OOH with a colourful campaign, complimented by a smart digital buy. This was run via Admeira, Switzerland’s largest advertising alliance, and one of the go-to’s for video inventory.

Another big player on the sell-side is Tamedia, a publisher hosting a huge and varied suite of sites such as Homegate, 20 Minuten and Tutti. They also represent a number of successful Swiss startups including global time saver Doodle. For any advertiser wanting to reach the wealthy Swiss consumer-base online, Tamedia would be the first port of call: it runs display and video across mobile and desktop.

Programmatic buying in Switzerland is dominated by the likes of AOL, Appnexus and Google, the last of which runs a major office from the city. Smaller Swiss players include Open Frame, Adserve and the curiously named Mr. Wolf. Goldbach runs a suite of ad-ops products; they’re a spin-off from large media agency Media Schneider. They sit proudly in a line-up of media agencies which includes Xaxis, Omnicom, and Zenith Optimedia.

But there are also global ad tech players emerging from the Swiss petri dish. Video intelligence (vi) started as a publisher, running the anime platform Viewster for eight years. A year ago, vi expanded its operations, building its own technology stack to run campaigns on third-party inventory. Now operating as a SaaS technology platform, vi is linking publishers and advertisers in markets as far afield as the USA and Australia.

Having recently come on board to head up sales in Switzerland for vi myself, it’s clear demand is high for a homegrown hard hitter to make an impact in the global market.

But there are still barriers in Switzerland. The price of goods and imports prevents many local companies from operating internationally, and labour costs have prevented Swiss creative, media and technology companies from growth. Some outsource the labour-intensive aspects of the business to eastern European markets, where talent is rapidly increasing and costs are lower.

Now the city’s old guard, the banks, are realising that fintech is the future of their business. Some of the most innovative products on the market are coming from Switzerland.

Perhaps the centre of gravity will once again fall under the shadow of the iconic Grossmünster. But for now, it’s firmly around the base of Zurich’s newest skyscraper, The Prime Tower. It’s a breeding ground of start-ups, established creative studios, and a burgeoning ad tech scene. Whether the global market feels the impact of Swiss engineered technology remains to be seen.

For the past five years, Eyal has been working in Switzerland’s burgeoning media and ad tech industry. He recently joined the team at video intelligence, where he is responsible for the Swiss commercial strategy.