How Influencers Could Become the New Broadcasters

It's Influencer Marketing Show Takeover Week on PerformanceIN; we're showcasing a whole host of viewpoints zeroed in on the channel as we celebrate its rapid growth and the launch of a brand new show... 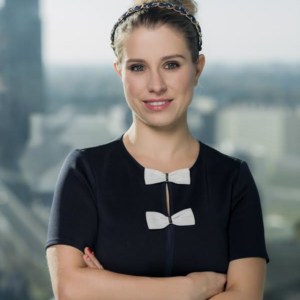 They say that a picture is worth a thousand words, which must be why moving pictures in the form of video are one of the hottest tools in brand marketing at the moment.

The inclusion of video into any brand marketing is no longer an option – it’s a must-do. One in four consumers ‘lose interest’ in a brand that does not have video content, and four times as many prefer to watch a video about a product rather than read about it.

However, (good) branded video content is quite an investment and brands will never see a return if only their mum and dad watch it. Historically, they have been protective of their media real estate and spend time, money and brainpower, building their own channels and looking at ways to shepherd consumers into their social eco-system before locking the doors and bombarding them with messaging.

But are brands perpetuating the decline in engagement by seeking to build a walled garden around their communities and their content? Content may be king but it needs distribution to retain its crown.

The growth in the power of content is mirrored by the rise of influencer marketing, where subsets of engaged audiences, reached through social influencers, greatly improve the engagement levels of branded campaigns. As a result, brands are increasingly turning to them to help seed their video content with key audiences. With some enviable results.

In a recent pilot campaign at indaHash.com, the same branded video seeded via influencers performed up to 238 times better than on the brand’s own channels. While there has been much talk of influencers as the new media publishers, perhaps they have a wider role to play as broadcasters – both creating and distributing video content to reach and engage with a desirable brand audience.

And what platforms should brands be using? It’s worth noting that 80% of Instagram users turn the sound on when watching videos – a higher proportion than on any other platform. When combined with the natural aesthetic nature of Instagram content, this becomes an interesting area of investigation. In contrast, despite much higher volumes, 84% of Facebook video views are muted. Therefore, it may be that Instagram is a great way to drive qualitative audiences to a brand.

Another argument for viewing influencers as broadcasters is that audiences can be better segmented according to interests as well as demographics, with less ‘wastage’ in viewing figures.

Influencers in the mid-tier (1,000 to 100,000 followers), attract tightly-knit audiences focused around passion points rather than celebrities who may have the numbers but lack the depth of relationship that smaller social influencers have. As a result, what the audience lacks in raw numbers, it more than makes up for in true engagement. For instance, campaigns with mid-tier influencers in indaHash campaigns across all platforms outperform the average by at least three times.

With the proven success of influencers, perhaps it’s time for brands to move from a protectionist standpoint on their social channels and consider to allow for the initial engagement to happen ‘off platform’ to bring a warmer, more engaged and almost ‘pre-qualified’ audience into their ecosystem which they then have permission to build an on-going relationship with.

Barbara is CEO and founder at indaHash.com.