MoreNiche founder, Andrew Slack, reveals the challenges and successes the company has experienced in the past 15 years. 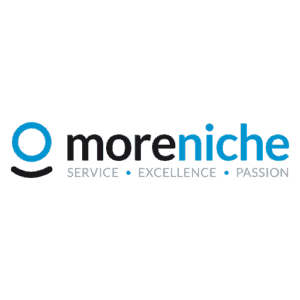 In March, MoreNiche officially became 15 years old, celebrating alongside some of the industry titans including Awin, Clickbank, Shareasale and Tradedoubler, all founded over 15 years ago. Many other networks have come and gone in that time, often taking affiliate commissions with them, but MoreNiche not only stayed but also evolved over the years.

Starting as the first business of a young team in 2002, MoreNiche (known as MensNiche at the time) operated in a world where affiliate marketing was relatively unknown. PerformanceIn website (A4U Forum back then) was not launched until 2003 and the industry was just getting started. To be successful, MoreNiche knew it needed to tap into more established markets and its first successful affiliates came from a mix of countries including the US, India, and Australia. While most networks focused on their home markets, restricting access to the UK, MoreNiche set about educating and teaching affiliates from all around the world.

“We are extremely proud that we can say over the past 15 years we have always paid affiliates and they remain our number one priority in every business decision we make,” commented Andrew Slack, MoreNiche’s founder.

When in 2004 everything almost came crashing down as the company, like many small businesses, didn’t have cash reserves, reinvesting all profit to grow.

“At that point in time, we owed the brands on the network so we were very confident that we could always pay our affiliates. However, we did not expect that a credit card processor would simply vanish with over $300,000 of our revenue,” explained Slack, adding that, to make matters worse, MoreNiche had affiliate payments due of over $150,000 and it had already bought and shipped products to customers.

The company managed to scrape through with top affiliates allowing for late payments and the team maxing out all credit cards to make things work.

“At that point in time, it would have been extremely easy to take whatever cash we had in the bank, close down the business and start again somewhere else. However, affiliates have always been at the core of our business and there was no way we would have ever been able to rip them off,” Slack commented.

MoreNiche learned a crucial lesson that completely changed its business outlook. In 2006, the company took on their first merchant, Zotrim, which is still part of the network today. By 2009, all the merchants in the network were external and MoreNiche became a true affiliate network. Selling off these brands gave it the capital to expand.

MoreNiche always looks for new ways to deliver maximum profit from its business and between 2010-2015 it was still finding its feet. The company diversified and created a number of affiliate networks: ImpactFive (Adult), TargetClick (VIP), PetOffers (Pets) and Paydot (Generic) as well as resources designed to help affiliates: TwistForum, TwistEvents, TwistTraining, TwistDirectory, later becoming the umbrella brand Twist360.

Every single project was eventually either migrated back into MoreNiche or closed down. It was a period of constant trial and error, but MoreNiche was always clear on its values and priorities –  customer service, merchants who convert and offer high commissions and always paying affiliates the company worked with. Regardless of the project, these core values were always adopted.

Over the last few years, MoreNiche has focused on its core business, refining its values and investing in its team. This has helped deliver rapid growth, achieving a 400% increase in profit in 2016.

It may have taken 15 years, but the company has tried everything along the way and is now confident that the business model it has settled on is the one to achieve endless success.

“We are constantly evolving and learning. This is why we are here 15 years later and so many others are not. We are now 100% confident that our business model is scalable,” commented Slack, adding each year MoreNiche collects feedback from the entire business and prepares an annual strategy for growth in the upcoming year. Things will change operationally but having a big picture strategy to refer back to allows the company to stay on track, not getting too distracted by new ideas or moving away from its core values and business.

2017 is already showing similar growth to 2016. Slack believes this is a result of all the company’s ‘failed’ projects in past years. He is confident that without trying different things he would always be wondering “what if.”

“You regret the things in life you don’t do, less often than the things you do, even if they go wrong,” he concluded.

MoreNiche has proved that by constantly evolving and sticking to your values, you will eventually see results, even in the competitive world of affiliate marketing.

Have you been involved in affiliate marketing for over 15 years? Or has a network you have been promoting disappeared (taking your commission with them)? Share your story in the comments below.