Google’s ‘Fred’ Update: An SEO Shake-Up or an Industry Shakedown?

Google's unconfirmed update has been a hot topic in the SEO world. Has 'Fred' really hit the rankings of all websites? 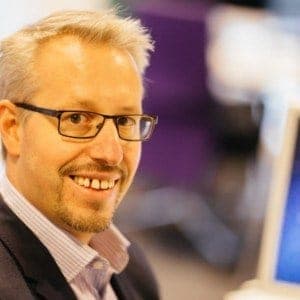 At the beginning of March, it was reported that Google had released a major new, unconfirmed ranking update. An update that slipped under the radar and supposedly caused a large number of websites to lose their rankings within the search engine results pages (SERPs), sending the SEO industry into an apparent state of panic and leaving those of us that know better confused.

This mysterious update that the industry came to name ‘Fred’ following a joke from a Googler, and is said to be targeting websites that put a larger focus on revenue rather than the user. This includes websites monetising from ads and affiliates, as well as those featuring low-quality links and content that the search engine considers to be of low value to the user.

However, Google is still yet to confirm or deny the update. So although a range of industry professionals have been quick to investigate and comment on the impact this has already had on business’ website rankings, it’s still much too early to decipher and pinpoint what this update is targeting exactly. Without confirmation and specifics, the ambiguous statements and attention that many in the SEO community are paying this elusive update, that again has not been confirmed to have happened by Google themselves, is being blown out of proportion.

We are in a time where fake news has dominated the conversation. ‘Fred’ is just one example of how misinformation published on the web and social media can create a domino effect of reactions. Even the Washington Post commented that the SEO community is ‘freaking out’ and calling for all companies, whose websites are an important part of their lead generation and branding, to start using SEO services and employ SEO consultants in order not to get caught out in any more Google updates.

The overly-dramatic reaction towards this update has caused the story to be spread and shared without any questions. This has lead to a large acceptance of misleading information about what the update entails, causing confusion and panic. The fact that a US national publication, which usually pays no attention to the SEO industry, has stopped to cover this story demonstrates just how far fake news can travel and how it can instil an unnecessary sense of fear that gets spread even more.

Professionals within the industry are generalising that the ‘Fred’ update has hit most websites – and has hit them hard. Yet most of us dealing with high quality, white hat websites have seen no changes or impacts on our client’s search engine rankings. Penalising low-quality content has been an algorithmic focus for Google since 2011. It’s no secret that the search engine favours web pages that have been designed with the user in mind. The fact that Google is targeting low-quality websites with this unconfirmed update is nothing new and shouldn’t be surprising to the industry.

In short, websites that have reported a loss in traffic and positionings within the SERPs obviously haven’t been placing the user at the forefront of their SEO strategies.

The reality is, every day and often twice daily, Google makes small updates to their search engine algorithms that largely go unnoticed. Because of this, SERPs are always fluctuating and a website’s ranking could change at any point in time.

Each update Google releases, whether large or small, is focused more and more on black hat SEO. It’s more than likely that the ‘Fred’ update was one of Google’s minimal ones. Businesses which have reported that their positionings within the SERPs have dropped were most likely penalised by a previous smaller update and that – paired with the minimal update that ‘Fred’ is – became the reason for their fluctuation.

That being said, it’s important to take note of the overreaction ‘Fred’ has caused. Those who use black hat tactics and had a primary focus on ad revenue will at some point in time get caught out. In order to bypass any of the effects of a new algorithmic update, big or small, websites should only be designed with one thing in mind: the user.