The War Between Carriers and Google

The synergy between telecommunications and technology has been broken. Alexian Chiavegato, vice president of marketing at Marfeel, explains what happened and who might claim a bigger chunk of mobile ad revenues. 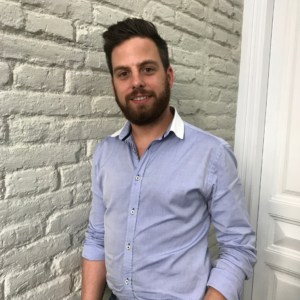 For decades there’s been a peaceful coexistence between a venerable market force and a bold upstart – telecommunications and technology – as both sides enjoyed infrastructural synergy and satisfying profits for all.

But now war clouds are gathering on the horizon, and the clash ahead will surely leave some combatants bent and bloodied. Why can tech and telecom no longer share peace and prosperity? How did this crisis become unavertable?

When technology providers first showed up, they shared the carriers’ ‘twin goals’ – more connections, more users – and the two industries embarked on ‘a cooperative undertaking.’

This synergy was good indeed for the telecom industry. As the internet took hold at every office, school, and kitchen table, profits soared. Analyst Craig Moffet raised many an eyebrow when he called Time Warner Cable and Comcast “almost comically profitable” in 2013.

Technology companies like Microsoft, Apple, Google, and Facebook were well-served by this symbiosis themselves, of course. With no network infrastructure of their own, they hitched a ride on telecom’s deep investment in lines and pipes and held on tight, all the way through boom years of incredible growth and the birth of innovative strategies for monetisation. From this mutual dependency, a comfortable ecosystem flourished.

In the quest for profits, nothing has been kinder to telcos and techs alike than the remarkable popularity of mobile phones and the ascendance of mobile advertising. This year will see more than two billion consumers using mobile devices, eMarketer predicts, and $101.37 billion spent on mobile ads.

For a while the telcos took little note of tech’s advances, complacently drifting along their reliably productive revenue streams. They were not yet facing up to the new reality: having leveraged the powerful telco networks so profitably for so long, their cunning dependents had begun inching into telco territory. In one of its latest disruptions, for example, tech has encroached on telco revenues with over-the-top apps like Skype and WhatsApp. The telcos are paying attention now, watching developments like these closely, and thinking about their own next moves.

For one thing, telcos may start advertising themselves, without a doubt using aggressive strategies such as merging with or acquiring ad tech companies, poaching tech talent, or deploying ad blockers at the network level. They’re forging powerful new weapons now, and that’s sure to trouble the tech giants. But all is fair as telcos fight to secure their status and their earnings. In this new-age gold rush, tech and the telcos are each armed and ready to stake their claim, no matter how fierce the battle to come.

In an effort to stay out in front, Google is building its own optical fiber carrier network, planning to offer consumers a faster network and essentially competing head-to-head with Verizon, AT&T, and Sprint, et al. This would thwart the possibility of ad blocking at the carrier level, and help Google better target ads by leveraging the extremely valuable user data that service providers have access to.

As a service provider, Google will know whom users are calling, where they are during the day, how long their calls last. With all of this commercial data at its disposal, Google can refine the ad targeting process to deliver ads that reach the user and will be relevant to that user.

But Google isn’t stopping there. It’s also pushing hard for widespread adoption of HTTPS (hypertext transfer protocol secure), a protected public web connection that cuts into carriers’ control over data. Moving websites to HTTPS will make web connections more secure and safer from hackers and identity thieves, and safer from the telcos’ potential for blocking Google’s ad revenue. Keenly aware of this huge plus, Google is luring developers to HTTPS with the promise of higher search rankings, which will surely move more traffic over to that connection.

Meanwhile, the operators have another major move up their sleeves. Determined to tap into the rewards of online and mobile advertising, large operators like Verizon are acquiring internet standbys like AOL and Yahoo, grabbing the many forms of content those companies have to offer.

With its newly acquired platforms, Verizon can leverage its existing user data and target ads via precision ad placement. This is how the telcos will make sure they get the best of both worlds – controlling not only user data but content as well is a solid win-win for mobile service operators.

Telcos and Google are circling one another now, contemplating their next moves and sizing up their chances of claiming a bigger chunk of mobile ad revenues. The war is escalating. And the prize is nothing less than the command over the almighty mobile advertising dollar.

Alexian Chiavegato is vice president of marketing at Marfeel, an ad tech platform that revolutionises the way publishers create, optimise and monetise mobile websites. He brings more than ten years of experience in developing and implementing sales-oriented yet creative marketing strategies for a range of organisations. Before coming to Marfeel, Alexian was chief marketing officer at FAXI and director of marketing at Crowd Reactive and Voxy. Earlier in his career, he served as head of online marketing at Englishup, a Macmillian company, and head of online acquisition at EF Education First, building on previous experience as a marketing analyst and a marketing manager/project manager. Alexian holds an MA from Sud Management and a BA from Jilin University of Technology.