How Programmatic Has Hurt Publishers and Why Advertisers Should Care

PostUp's Keith Sibson explains why it's important for advertisers to understand publishers' issues with programmatic. 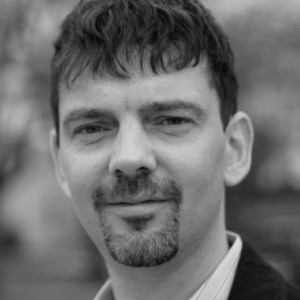 Programmatic advertising has become the go-to ad delivery system for publishers and advertisers alike. The system was a boon for all parties involved: publishers of all sizes could generate significant ad revenue with low overhead, advertisers benefitted from its highly-targeted ad placement and broad reach, and ad tech providers profited from companies on both sides that couldn’t get enough of programmatic.

Unfortunately, it was this success that made it a problem for the publishers who staked their business models on it. As more and more publishers increasingly relied on programmatic, over the time, they were left holding the short end of a stick that only continues to shrink. While publisher losses may seem like gains for advertisers, it’s the publishers who provide the content that holds this deal up. That’s why it’s important for advertisers to take into consideration just how publishers ended up here.

“Tragedy of the commons”

In the late 2000’s, the growing uncertainty over how publishers would survive in the digital world seemed to disappear with the advent of programmatic. This promising new ecosystem eliminated the need for publishers to staff large ad teams, lowered barriers to entry for smaller digital publishers, and promised to be a consistent revenue stream in a rapidly changing industry.

For publishers, the windfall was temporary. The gold rush to programmatic created a digital “tragedy of the commons,” with too many publishers providing too much inventory supply, and CPMs began to plummet. This might sound like a good thing for advertisers – after all publisher revenues are advertiser costs. But publishers are supplementing their falling revenue simply by placing more ads. This hurts the reader experience, erodes trust, and reduces ad performance due to systemic “ad blindness.”

Publishers are becoming tangled in a web of diminishing returns and cluttered sites that aren’t making enough money to support the business.

Frustrated by the bloated advertising experience, readers turn to ad blockers. Ad blocking isn’t a direct problem for advertisers; they don’t pay for ads that don’t appear, and there’s hardly a shortage of other places for ads to go. Still, this can spell larger problems for advertisers down the road if large segments of the potential audience go “dark.”

In search of page views and ad impressions, publishers turned to social platforms for content distribution. However, quality publishers found themselves playing handicap, competing against baby pictures and click bait for attention. Programmatic doesn’t care whether the page contains a thoughtful analysis of European monetary policy or a cat video lifted from Reddit; CPMs are largely the same. So low-quality publishers with negligible production costs will win the long game on social media.

In the meantime, being competitive as a publisher on social media means ceding control of the audience. On Facebook, for example, publishers simply have to hope that the algorithm blesses their content with a good position in the feed. Only then can they hope for a click, and monetise the paltry 1.2 page views per visit, after which the visitor heads back to the Facebook feed.

This is why publishers must work on building connections with their audience outside of social platforms. Email is arguably the most effective channel for doing this, and the email audience is the audience that they truly own.

As a direct line to the reader, email allows publishers to reach their audience at any time, on any device, and in a highly personal manner. The model is akin to the traditional news publishing model of old – content – and ads – showing up on your doorstep every morning. Publishers can distribute content to highly-engaged readers, promote premium content to likely subscribers, and bypass the ad blockers that erode their revenue. In addition to being an increasingly popular way to consume content, the New York Times found that readers are twice as likely to pay for a subscription if they sign up for an email newsletter first.

Advertisers also benefit from email. As publishers cultivate long-term relationships with their audience, they can create audience segments available to advertisers for targeting. The first-party audience data available from email is a valuable commodity for both publishers and advertisers. For example, how valuable is it for Home Depot to have access to an engaged audience of 250,000 opt-in subscribers to a home improvement newsletter? Newsletter subscribers are typically a publisher’s most engaged, loyal, and trusting readers, which translates to higher engagement with ads.

There are a number of advertising solutions available within the emails themselves, including traditional banner ads, native ads, sponsorships, creative takeovers, and dedicated sends (where the email itself is a targeted ad campaign). There are even programmatic solutions for email advertising such as Power Inbox and LiveIntent, which streamline the ad buying process and bring the same targeting and reach benefits as on-site programmatic.

With powerful targeting and automation capabilities, programmatic isn’t going away anytime soon; however, programmatic alone isn’t enough to prop up a digital publishing business. For publishers to survive, they must focus on diversifying their revenue sources, and email is a critical enabler for this.

While sometimes at odds, the future of both digital publishing and advertising are intertwined. By gaining an understanding of the monetisation problems publishers face, and the solutions they are likely to adopt, advertisers can also better position themselves for success.

Keith Sibson is vice president, product & marketing at PostUp. He has over a decade of experience driving product-led growth at companies large and small. Before joining PostUp, Keith served as VP of revenue at SpareFoot.com, the leading consumer marketplace for the $22Bn self-storage industry. Prior to SpareFoot, Keith led product at the financial services company NetSpend, a processor and marketer of prepaid cards that was acquired by TSYS for $1.6Bn in 2013. At NetSpend, Keith led the creation of the online channel, now a $200MM revenue business. Keith's background is technical, progressing through a variety of software development and management roles. Throughout his career, he has led teams of engineers, designers, project managers, product managers, marketers, and operations staff to consistent success. Keith holds a PhD and BSc in Computer Science from Glasgow and St. Andrews Universities, respectively.