Why E-Commerce Brands Should Develop a ‘Shoppable’ Video Marketing Strategy

On video advertising's rapid ascent, the savviest retailers are benefiting from a push towards interactivity. Hurricane's Jon Mowat explores innovations carving out the channel's new reputation for direct sales. 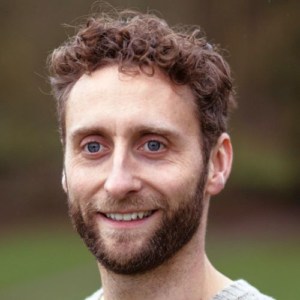 You’ve probably heard all the hype about video content taking over the Internet, expedited by the likes of Facebook moving towards a video-first future and Fortune 500 brands reporting that online video delivers a better ROI than display ads.

The medium of moving pictures certainly grabs attention, and as mobile Internet speeds continue to improve, more and more people are pressing the play button. Brands have already put much faith in advanced video marketing strategies, with impressive results, but right now we’re on the cusp of an even bigger e-commerce boom, as interactive ‘shoppable’ content comes to the fore.

A relatively recent entry into the marketer’s dictionary, ‘shoppable’ essentially means making the user journey as easy as possible, placing clickable links into your content. These can either direct to bespoke landing pages for each product, or automatically integrate with shopping baskets, allowing video viewers to reserve items as they appear on-screen.

There’s always been a huge pressure to prove a direct link between marketing and sales, but as the adoption of ‘shoppable’ becomes more widespread, smart retailers have been benefiting from this push towards interactivity.

The first instalment in this mini-series has amassed over four million YouTube views, despite the ‘shoppable’ elements being limited to a ‘Shop the film’ button which appears at the bottom left of the screen and directs people to the website.

Away from YouTube is where the real beauty of this pun-laden story (featuring characters such as Manny Quinn and Dr Essmaker) was allowed to flourish, as interactive ‘buying buttons’ were enabled on the film hosted at TedBaker.com. Sadly, this has now been deleted to make way for Spring/Summer content, but the screenshot below shows you what these elements looked like.

Clicking on the ‘plus’ signs that appeared at various points throughout the film allowed users to ‘save’ the look, which could then be reviewed and, if desired, purchased.

And it would seem that online shoppers were suitably impressed with the sartorial elegance on show because the company reported a 35% rise in e-commerce over the festive period. Such impressive stats have alerted rival retailers, so you can expect to see ‘shoppable’ content ruling the roost for Christmas 2017.

Marketing analytics firm, Beckon, recently published a report that studied $16 billion worth of content, and one of the key conclusions was that 5% of content garners 90% of engagement. In other words, it’s incredibly tough to cut through and be heard above the noise, which is precisely why embracing emerging trends and actively inviting engagement is fast becoming a necessity if you really want to get noticed.

There’s something innately appealing about ‘shoppable’ videos because the human mind has evolved to track movement, so when the ‘buy buttons’ pop-up we can’t help but be drawn to them. Admittedly, there’s also a certain novelty factor in clicking on your chosen garment and adding it to your basket, but ultimately the customer journey is made much more efficient, and this is one of the key things to bear in mind when forming your video marketing strategy.

Jon Mowat is the Managing Director of Hurricane.