How Brands Will Win in Voice Search Advertising?

Google, Amazon, Apple and Microsoft are all betting on the power of voice search; the integration of advertising is an inevitability, but how will brands exploit the opportunity? 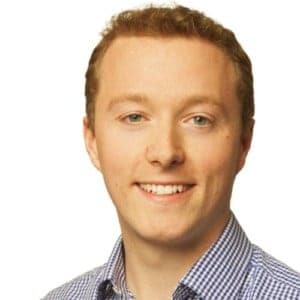 The talk at CES this year was that 2017 will be the year of voice, and one of the clear winners was Amazon’s Alexa, which was embedded in a variety of devices from cars to home intercoms. Amazon has a slight head start on the competition with Alexa, but Google is rapidly catching up and has a much stronger base to build off – most people in the world go to Google for answers.

But what does this shift to voice as a user interface mean for brands? Are there any immediate advertising opportunities?  Below are some of the challenges and opportunities for brands to win in voice search advertising.

Voice is set to become a primary interface

The industry seems to agree that voice is set to become a primary means of interfacing with technology. All the big tech players are investing heavily in voice and personal assistants: Amazon with Alexa, Google with Google Assistant, Apple with Siri and Microsoft with Cortana. Amazon, Apple, Google and Microsoft are all betting on this technology, and it’s fast becoming a reality.

The importance of voice became evident when Google CEO Sundar Pichai announced last year that 20% of Google’s mobile queries are now voice queries, meaning over 10% of Google’s searches globally are through voice.

Voice is currently ad free but this will change

Currently, if you interact with Google using voice only, it’s a completely ad free environment as there are no voice ads. This has led to some investors questioning the sustainability of Google’s ad model, but its early days and we should expect Google to open up advertising opportunities in the next couple of years.

It is clear that Google will need to start monetising voice interactions soon, and when it does there are a few different routes it could take. Here are five ways Google may make money through voice from brands:

When someone searches for a business or service using voice search, it easy to envisage a scenario where visibility could be sponsored. For example, if someone voice searched “Find an Italian restaurant close to my location, open now”, Google could factor a sponsored result into the answer. To ensure the sponsored result is relevant, they would likely adopt an AdRank type algorithm (perhaps called VoiceRank).  If it does become possible to influence ranking of brand or location visibility through AdWords, it will become popular with advertisers – being first in voice results is even more important than traditional text results.

Voice search is particularly useful when a user needs to ask a question with a clear factual answer. Currently if a user does a voice search for “can my dog eat chocolate”, the answer will be sourced from the Google one box which scrapes the answer from Hills Pet Food. In the future, Google may enable another brand to bid on that voice answer if their response is equally valid.  For the question “what is a mortgage”, clearly a number of advertisers might wish to be the brand that Google refers the answer from.

While it’s unlikely, Google could even open up more standard answers to be sponsored by a brand like XE.com. If a user were to ask: “what is £12 in US dollars”, Google could reply: “According to XE.com, 12 pounds is 15.09 US dollars”. This scenario enables a brand to fuel an answer that previously would have been delivered by Google.

In November, Google opened up brand actions enabling users to interact using voice and the Google Assistant through devices like Google Home and Google Pixel.

Currently actions for Google can be set up by brands free of charge with just an initial development cost. But when actions for brands is more widely adopted, Google may well start to charge brands to have actions enabled on Google Assistant. It could essentially become a pure pay to play platform in the way Google Shopping has.

4. Taking a commission on voice purchases

There are indications that payment through voice search will become a possibility in the future and when it does will Google charge a commission?  For example, someone asks Google: “book me a ticket to watch Shrek 5 at my closest cinema tonight”, Google may make the booking through a booking engine where it takes a commission. This scenario can be played out across many verticals and indeed wherever payment takes place across voice, particularly if Google confines voice purchases to its own parent gateway Google wallet.

Google Assistant users can listen to Google Music if they have premium subscription and listen to news updates and podcasts using voice commands alone.  As the user base of Google Assistant grows big enough, Google could start running audio ads. Brands could target these ads either contextually around the content being consumed (e.g. an investment ad at the end of an investment podcast) or targeted to the users based on previous searches or brand website visits.

It’s really only a matter of time until the likes of Google start monetising voice as an advertising platform. When these opportunities open up, Google will be careful to ensure that they do not detract from the overall consumer experience, so brands that play first will be well rewarded.