Bill Gates may have declared “content is king” back in 1996, but it’s never had a moment quite like the present. 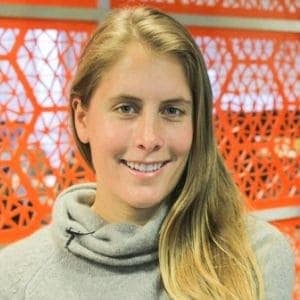 With traditional banner ads on the decline and ad blockers on the rise, all the chips are falling into place for content to become a major kingpin in a company’s marketing strategy.

As content becomes big business for publishers, equally important is how to monetise that content. Alongside the rise of content, affiliate marketing is poised to hit 6.8 billion dollars by the year 2020, according to mthink.com, symbiotically brought to prominence. Despite being a 30-year-old industry, affiliate marketing is entering its heydey.

Let’s take a quick look back at the history of affiliate marketing, its growth and momentum, and how publishers and merchants are cashing in.

The history of affiliate marketing

PC Flowers & Gifts launched the very first affiliate programme in 1989, so it’s natural to wonder why the industry took nearly three decades to become more mainstream. Unless you were a blogger or a website owner, you likely didn’t even notice an affiliate link or two in an article. It was more of a background formula to make a quick buck, and not necessarily a monetization strategy you recognised.

Despite the previously unregulated nature of the industry, Amazon Affiliates has been going strong since 1996. It was the first affiliate programme available to the general public on a global scale, and it would also become the model for many subsequent programmes. In 2000, the FTC stepped in to regulate online advertising disclosures. These were updated again in 2009 to require all bloggers and influencers to disclose any relationship with a product, brand or company.

By the year 2011, nearly 55% of “professional full-time” bloggers (AM Navigator) were using affiliate marketing to generate income. Behind the scenes, it’s been slowly eating up display dollars while carving out a much-needed niche for publishers as the industry shifts toward mobile media consumption and ad blockers render traditional advertising obsolete. Along with the technological advances, there has also been a subtle shift in the attitude toward affiliate marketing from uncertainty to favourability as more big publishers and reputable news sources embrace its potential.

It’s a way to diversify your portfolio

Approximately 15% of the digital media industry’s revenue now comes from affiliate marketing (Business Insider), and 38% of marketers call affiliate marketing one of their top customer acquisition methods (NRF.com). With more than 86.6 million people expected to use ad blockers in 2017 (eMarketer), publishers and media organisations are in need of alternative revenue-generating avenues that are less intrusive and disruptive to their users’ experience. If implemented strategically, affiliate marketing can seamlessly blend content and commerce.

The digital marketing landscape isn’t much different than your retirement fund or stock portfolio. You were probably advised to diversify your investments by picking some stocks that matured slowly, and some that matured quickly. Some companies put all their eggs in one basket, which may bode well in the short-term, but is likely to show diminishing returns over a lifetime. By utilising affiliate links and content monetization, companies may see their investment come in slower since they are typically paid per transaction, but they are taking on less risk, which could add up to bigger returns down the line.

Large publishers get in on the action

What was once a strategy reserved primarily for niche bloggers and website owners has shifted to become a major source of revenue for international corporations. According to mthink.com, “nearly 90% of advertisers said that affiliate programs were important or very important to their overall marketing strategy, and the majority of publishers revealed that affiliate partnerships drove more than 20% of annual revenue.”

MSN is the latest to get in the game. One of the top publishing networks in the US (ComScore), their decision to monetise content to supplement their display revenue serves as a testament to the changing face of the online publishing industry. These large publishing houses (like MSN, Reuters, Rodale, CNET, and more) and merchant players (Amazon and eBay) are leading the charge to strike a balance between different monetization strategies.

Historically, it’s more commonplace for e-commerce sites to add colour and depth to their sales pages by incorporating videos, gift guides and product reviews. Large-scale publishers are now testing the waters on how they too can subtly work in commercial links. We’ve gone from the Wild West to the space race, and we should expect to see major players continue to carve out paths to success.

Hanna Fritzinger is the Senior Product Marketing Manager at VigLink. Her passion for technology brought her to San Francisco from New York City in 2014. Working at VigLink marries two of her passions: editorial content and the retail industry. VigLink identifies commercial products mentioned within a publisher’s content, and transforms them into revenue generating hyperlinks whose destinations are determined in real-time, advertiser-bid auctions.