All Change as Industry Choice Awards Shift to One Company, One Vote.

Following the reveal of the 2017 Performance Marketing Awards’ Shortlist, voting is now open for the remaining five categories. 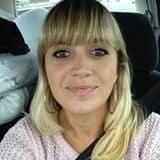 However, taking into account feedback on the 2016 awards, we’ve made some significant changes to how you can go about casting your votes in 2017, which we’ll explain below.

What you said: It can be viewed as a popularity contest

What we did: Made it one vote per company

The idea of the voting system is to back up the judges’ scores, as we’d need to know directly from the clients and partners that all of the shortlisted companies, technologies and agencies are working effectively for them.

To avoid a popularity contest, we’ve limited votes to just one per company, meaning before casting a vote, your company must decide internally who is the designated voter. Any more than one vote will be discounted. We’ll also take into consideration a weighting on larger players including networks and agencies. As a result, the outcome will be qualitative, rather than purely quantitative.

What you said: One dimension of ‘just judging’ or ‘just voting’ may incur bias

What we did: Made it two-dimensional

Industry Choice of Partner awards went through the same process as all other entries for standardisation for the first time this year; networks, publishers and advertisers had to complete a standard entry form for the judges to judge and then shortlist followed by the current voting system.

Most Effective Agency & Best Performance Marketing Technology awards were entered the same as with previous years, but with an extra stage of voting alongside the Industry Choice Awards. This is to give the award greater credibility and know that the agency/technology has the kind of recognition it deserves whilst giving the clients the chance to shout about why their chosen company should win.

You can cast your vote here for the aforementioned categories.

Dates for your diary:

Kizzy has been with PerformanceIN for a few years, managing the Performance Marketing Awards and PI Connect events. Email her at kezia.mcauley@performancein.com.