With reference to Eastern Europe's leading affiliate market, Romania, Vola.ro's Adrian Horvat presents a seldom seen view on how the region stacks up against its UK and US counterparts. 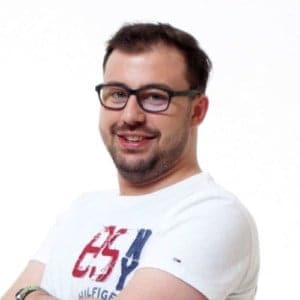 It is a known fact that affiliate marketing is underperforming in Romania, but has the potential to more than double its value in five years from now.

The growth will depend on how fast things evolve, how well the affiliate networks will educate the market and how soon the advertisers will switch to a performance-based approach. There is a serious need to have various types of affiliates active. Being a market where PPC affiliate specialists are predominant is not healthy at all for the industry.

When we talk about affiliate marketing industry we mention, almost exclusively, markets like the USA or UK, and rarely small markets with potential in Eastern Europe (Romania, Hungary, Bulgaria). If we look at the latest data available from 2015, we can observe that e-commerce market is estimated to be around €2.8 billion. With an average growth forecast of 20% for 2016, we could project that the market is worth around €3.4 billion.

From these three markets, Romania took the lead in affiliate marketing mostly because of its relevance and maturity. Also, with a population of 19 million, it is the biggest country in the region, in comparison, Hungary has 9.8 million and Bulgaria, 7 million. The highest average spending for e-shoppers is in Romania at €786 per year, while Hungary and Bulgaria sit at €373 and €262 respectively.

What are the differences between UK and USA, and Romania? Well, besides the obvious – bigger market, big players, the maturity level of the market – there are other factors at play.

The limited number of options for advertisers and the lack of real competitiveness between the two networks are the main reasons why the affiliate marketing has not grown faster.  If we look at the numbers, we can see that the affiliate marketing grew at the same rate as the market, around 20%-30% YoY growth. Nothing more, nothing less.

If coupon/discount sites are the most common types of affiliates in UK&USA as Geno Prussakov points out, in Romania PPC specialists are responsible for the majority of the sales.

Romania is a very small, almost non-existent market for coupon/discount sites due to lack of real offers from merchants. Groupon left the market in 2014 after only three years as a result of heavy losses.

Also, few publishers use affiliate marketing to monetise their content. They prefer anytime paid advertorials or CPM deals instead of performance-based deals that can bring them a constant revenue for a long period. In a highly competitive publishing market like the Romanian one, the short-term revenue approach beats the long-term and more stable approach.

This occurs as a result of very low demand from advertisers to switch to a more performance-based approach. In other words, we could easily say that affiliate marketing is about PPC, and this is not healthy at all for the industry.

This is a subject that has no clear answer. There are so many opinions on the subject, but no clear answer on how to integrate affiliation correctly in the spending mix. Because affiliate contribution is small in terms of numbers and the biggest part of the marketing budgets goes in PPC campaigns – first Google AdWords and second Facebook Ads – advertisers tend to be biased and that’s why they say that PPC campaigns are bringing the real value and there is no need for other paid channels because the client would have come anyway and buy. How can this be true? How can you validate this theory? Are you willing to put all your eggs in just one basket?

Recent research carried out by performance marketing agency R.O.EYE tells us that ”seven interactions encompassing eight channels produced an average order value (AOV) of £132, compared to one (£69), three (£92) and 11 (£129). Those channels in question include Google AdWords, organic search, affiliates, display ads, blogs and forums, email campaigns, Facebook and direct to site.” I did this exercise myself comparing the channels and in my case affiliate marketing beats Google AdWords in terms of average revenue per interaction. Ok, the differences in volumes are big, but still, it’s a more qualitative approach than quantitative.

Nevertheless, affiliate marketing in Romania does not work on a last click attribution model but exclusively on a cookie based model. There is a need of having a different approach here but nobody did anything serious in this direction. Being the first advertiser who changes the rules could be very risky. The market needs to go in this direction, though, to find different models that better fit needs.

The big challenge that I see and could do a real difference in helping the growth of the affiliate marketing is to have a clear view of the real value that the channel brings to the table. We need to have more of a contribution model and approach than a simple attribution model where we tend to look more at the quantitative data and neglect the qualitative data.

We need to work on a frame that guides the spending budgets in a sustainable way and does the job of marketers easier.