Three Ways to Optimise Your Paid Social Campaigns Through Bidding 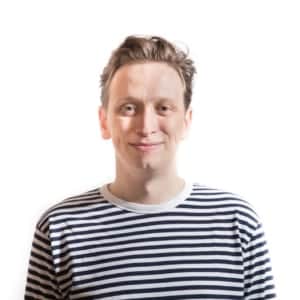 Most advertisers understand the importance of careful targeting and clever messaging in crafting a successful paid social campaign. Nevertheless, setting and implementing a well-considered bidding strategy is an equally essential element, allowing companies to narrow in their budgets on top-performing ad formats and users, optimising spend and ultimately boosting results.

In order to create a seamless and effective bidding strategy, it’s imperative to start by interrogating the brief and defining the campaign goal. Most social platforms tend to set a linear relationship between objective and bid type, with the former informing which of the latter will be available to the user. It’s vital that the correct objective is chosen at the time of deployment.

To break this down further, let’s take a look at two different types of campaigns.

Where a brand is looking to raise awareness of a product or service, with a focus on feeding the top end of the funnel. Therefore, we would suggest leveraging Facebook’s brand awareness objective – and bid specifically on awareness. This uses a combination of real-time proxy metrics, including reach and relative attention, to serve ads to users deemed most likely to engage.

On the other hand, where the brand’s key objective is to drive sales, towards the bottom end of the funnel. In this case, we would suggest honing audience efficiency by utilising conversion bidding – a tactic which allows advertisers to bid specifically on a conversion event, such as “purchases,” using insight collected by the Facebook pixel. By using onsite ‘intent’ data, we can optimise delivery towards the portion of the target audience the algorithm deems most likely to convert at a given bid price. And by doing so, we are ultimately improving delivery and conversion efficiency.

The auction system created by Facebook, based on the Vickrey-Clarke-Groves mechanism, is built in a way where bidding is only part of the equation. Creative quality is an equally important variable as the model aims at serving users ads with which they are most likely to engage. By building a system that isn’t solely based on cost, Facebook has created a model that is impossible to ‘game,’ delivering true value to both the advertiser and user.

With this in mind, creative can make or break a campaign and brands should think about the audience they are targeting and follow best practice guidelines. In order to deliver the best possible result, it’s recommended that a creative testing strategy is implemented in order to gain actionable insight and inform ongoing delivery. By understanding which creative delivers best results, advertisers can maintain campaign efficiency by ensuring the same bids will win more auctions.

Similarly, the relevance of targeting will have a significant impact on your bid strategy and this can generally be matched to the stages of the user journey. Ads that are more engaging will receive preferential treatment in the auction, resulting in lower costs and better performance. Bidding correctly at each stage of the funnel will further improve results.

Generally, advertisers can bid with greater confidence towards the bottom end of the funnel as learnings from earlier on in the campaign mean that targeting has been refined to include only the most engaged consumers. When bidding on a retargeting audience, for example, it’s often wise to focus specifically on impressions as these users have already shown intent to purchase through previous visits to the brand’s site.

Naturally, peak shopping events such as Valentine’s, Mother’s Day, Black Friday and Christmas are more competitive as the volume of advertisers competing for a share of voice increases. As a result, inventory cost can rise as much as 100% during these periods, but don’t be afraid to bid aggressively. While there may be a significant premium attached to competing, remember that you’re reaching users when purchase intent is at its peak.

For example, Adaptly ran a campaign for a major e-commerce client during last year’s Black Friday period and despite spikes in CPM (cost per thousand impressions) and a 10x budget increase, the company was able to yield 5% lower CPA and ROAS consistent with their usual always-on activity.

In fact, there is a broader lesson to be learned. Onsite results such as impression or traffic cost aren’t always indicative of off-site performance. A consumer that is more likely to convert may also be more expensive to drive through to the site. For example, analysis across Adaptly’s e-commerce clients suggests that there is very weak correlation between traffic and conversion cost. Therefore, it makes sense to disregard onsite metrics, such as cost per link click, and bid more aggressively on best converting audiences in order to deliver the most cost-efficient conversion results.

Overall, a successful paid social strategy is all about finding the optimal mix of platforms and tactics. Bidding, while rarely spoken about, is arguably one of the most important pieces of the process and if done correctly, can help maximise results without increasing spend.

As director of media operations, James is responsible for Adaptly's team of biddable experts who set up, manage and optimise campaigns for their clients on a daily basis and who provide weekly custom reports and analysis. Prior to joining Adaptly, James worked as senior digital planner at Manning Gottlieb OMD and as social media manager at Blinq Media.