Why Native Advertising’s Growth Can’t Be Ignored Any Longer

Native advertising was once the punch bag of the industry, an ad format that garnered little respect and was criticised widely. However, today it represents a major element for publishers in enhancing the online customer experience and is estimated to ... 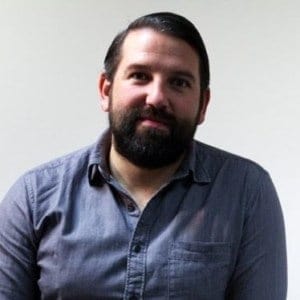 Native advertising was once the punch bag of the industry, an ad format that garnered little respect and was criticised widely. However, today it represents a major element for publishers in enhancing the online customer experience and is estimated to capture 30% of the global ad spend by 2020.

Recent research based on figures from BI Intelligence, the IAB and eMarketer has found that global investments in native advertising will reach $85.5 billion in 2020, with North America leading the charge and remaining the biggest native market in the world. It retains this title with huge levels of investment in native style display, sponsorship and social native, while Asia-Pacific will be the second biggest investor and Western Europe third.

In four years North America will have spent over $17 billion in the ad format, holding 37% of the global growth for the form. In Western Europe, the UK takes the largest stake in native advertising, spending over a billion more than Germany, and almost three billion more than France.

These numbers clearly demonstrate that native advertising is on the rise, but the industry will still need to address some challenges that lie ahead.

Firstly, the need to simplify native. The industry will need to quickly embrace SSP [supply-side platform] and DSP [demand-side platform] native platforms – in OpenRTB – so that the buying and selling of native can become simple, efficient and scalable.

In addition to this, content and ads will need to start to endorse one another. Contextualisation is a big challenge for native, as the advertising format functions on being placed in the middle of a content feed; it’s very visible. Therefore, if the editorial content and the native ad fail to endorse each other, the result will be a jarring experience for the viewer, which may affect traffic to the site.

In comparison, for other types of digital ads, such as banners, the ad is placed beside the content and not actually within it. In these instances, contextualisation is far less important as the ad stands alone from the site, and is not concurrent with its style.

For classic advertising (banners, pre-roll etc), contextualisation is a nice to have, but for native ads, it’s a vital element.

Finally, native still has a way to go visually. As it’s component-based, there aren’t many noteworthy visual integrations as of yet, and most native ads look like a grey box with a small image and black tile. This will hopefully improve over time, and soon enough we’ll be seeing far greater visual rendition – more engaging and dynamic.

With these challenges in mind, there’s also a game-changing trend that’s beginning to emerge in the industry – the use of artificial intelligence.

A recent report released by Infosys, a global leader in technology services and consulting, detailed the clear link between revenue growth and the amount of time businesses had implemented AI technology. According to the report, those who are adopting AI earlier are already reaping the benefits and experiencing fast growth compared to the businesses without the technology.

Such an example of this tech is IBM Watson. Its use value is far greater than one can imagine. When Watson is integrated into ad tech platforms, it provides the ability to deliver analysis of thousands of web pages per second, and for each page it captures every piece of key data and measures its sentiment. It provides a relevancy score on the entities on the page, as well as the keywords and concepts, it even goes as far as gauging emotions like joy and sadness.

ADYOULIKE begun using Watson because of its unrivalled ability to crunch data and the company’s idea is to create better semantic targeting for native advertising, being the first business in the world to offer this service. For example, Watson is able to look at where, why and how the existing editorial content on each site is ‘talking about’ subjects and it ensures advertisers are dynamically delivering the best native content to fit.

With this technology, targeting can go much farther than any regular digital advertising currently does. It’s clear that the industry as a whole needs this trend to fully take hold, as many will have experienced an ad that hasn’t been well-placed and is of no relevance, one that makes the viewer question the publisher for displaying it in the first place. This has largely influenced the rise of ad-blocking software which has become a norm for everyday internet browsing for a large group of people. However, this might change if ads suit the content on the site, as well as the viewer who happens to be viewing it.

This year, the ad tech industry will watch as AI revolutionises the user experience online. It will change how ads are delivered and with the increased integration of machine learning, publishers will be able to greatly improve their blacklist criteria that prevent certain ads appearing on their pages, thus enhancing the viewer journey and finally allowing them to deliver the right ad at the right moment in time.

Dale Lovell is co-founder, chief marketing & partnership officer at ADYOULIKE.  Based in London, Dale has worked in journalism, digital publishing, content strategy and creative content marketing for over 15 years.  Dale sits on the IAB UK’s Content & Native Council, and in 2015 was listed as BIMA Hot 100 member, alongside Adyoulike UK MD Francis Turner, as recognition for being a digital leader in the native advertising sector.