A Vision of Viewability for 2017 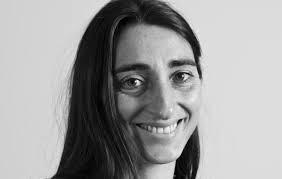 Viewability is now a central metric across the industry, with the results of a study by Sublime Skinz and Theorem revealing that more than half (56%) of US agencies and publishers are already evaluating against viewable cost-per-thousand impressions (CPM) – a metric that ensures only viewable impressions are paid for. This year we expect to see the use of CPM becoming even more pervasive. But for this development to move the industry in a positive direction, viewability measurements need to evolve and improve. Existing viewability metrics are inherently flawed and – as awareness of its failings comes to the fore – 2017 will be a year of progression for this vital measurement.

So what are the current limitations of viewability and how is the metric set to change during the year ahead?

While viewability is undoubtedly important – and a prerequisite to conversion – it is not the ultimate metric on which to base digital advertising strategies and, on its own, does not guarantee a conversion. To gain a true picture of how viewability impacts campaign performance it must be analysed in combination with other brand metrics such as brand lift, brand recall, exposure and dwell time, which offer marketers a far more detailed and holistic view of performance.

The majority of our survey participants (57%) believe too much focus on viewability is currently obscuring these key brand engagement metrics. Over the coming year, we expect to see them integrated into measurement packages alongside viewability, creating robust campaign management metrics that more accurately reflect brand KPIs.

The industry is making strides in developing innovative ad formats that create high impact without intruding on the user experience. These formats include skippable video ads, skins or wallpaper ads and content-rich native ads, which often perform better in terms of brand effectiveness than more traditional digital executions such as interstitials and banners.

But despite these types of ad execution receiving more than their fair share of consumer eyeballs, they fall outside standard ad unit definitions and current viewability metrics are unable to accurately measure them. This is largely because existing viewability calculations are based on pixels in relation to screen size, which works well for standard display ads but is not effective for expandable ads that go beyond the website content.

The inability to accurately establish viewability for non-standard executions is limiting creativity and investment in innovative new formats. Publishers are concerned about offering non-standard units for fear of not meeting CPM and advertisers are wary of embracing formats they can’t measure. Under increasing pressure from those looking to benefit from these high-impact ad formats, industry bodies and viewability vendors will spend 2017 working towards developing a method of measuring viewability that works for all ad executions.

The viewability standards established by the MRC and IAB are being perceived across the industry as more of a baseline than a definitive rule and many companies are creating their own definitions of viewability and measurement methods. For instance, while the MRC and IAB define video as viewable if 50% of the ad’s pixels are in view on an in-focus browser tab in the viewable space of the browser page for two continuous seconds, Group M states that at least half of the video must be played, the user must press play rather than the video playing automatically, and the sound must be on.

But these discrepancies in measurement standards across the industry leave too much space for disagreement and cause confusion, leading to distrust and inefficiency. As impressions are increasingly transacted on viewability – with the metric used as selection criteria for publisher inventory and for determining which placements will be paid for – implementation of a standard metric will be essential this year. This is likely to mean raising viewability standards with regard to the percentage of an ad seen, ideally with a viewability standard of over 70% across all formats.

Over the coming year there will be three key phases in the evolution of viewability, with measurements expanded to include vital brand metrics, methods developed to measure viewability across all ad units, and a move towards consistent standards implemented across the entire industry. Digital ads do need to be seen to be believed, but whether just seeing an ad is enough, whether all type of ads are seen in the same way, and what actually constitutes an ad being seen will all be up for debate throughout 2017.

Estelle Reale is the marketing director EMEA at Sublime Skinz, a leading ad tech company that empowers advertisers to maximise their multi-device campaign impact, brand lift, and ROI through skin-based digital advertising. As director of marketing communications at Real Media, Estelle was instrumental in the company’s merge with Xaxis, earning the role as vice president of marketing EMEA and has accrued nearly 20 years’ experience in marketing and communications. Career highlights to date include launching Xaxis’ Middle East and Africa business hub in Dubai, and working with Xaxis’ UK Product Team and DAX / Global Radio to successfully launch the first programmatic platform for digital audio ads in the UK. Since joining Sublime Skinz in 2016, Estelle has launched M-Skinz – a new mobile ad format which provides non-invasive advertising to advertisers and agencies, while taking steps to empower multi-device campaigns.