In Pictures: How Black Friday Played Out on Google’s SERP

Black Friday is one of the most competitive shopping days in the UK retail calendar. With an estimated £1.23 billion in sales up for grabs, retailers spend months preparing to drive revenue in the retail event that often lasts ... 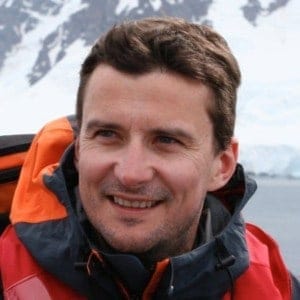 Black Friday is one of the most competitive shopping days in the UK retail calendar. With an estimated £1.23 billion in sales up for grabs, retailers spend months preparing to drive revenue in the retail event that often lasts for less than 48 hours.

It is estimated that web traffic to e-commerce websites increases on Black Friday by an average of 220% compared to any other day of the year. The result is a highly competitive environment as different brands look to take advantage of the fast-moving market.

Search marketing makes up a key part of most UK retailers strategy for the day, with brands competing to get their adverts to the top of the search engine results page (SERP) on key terms such as ‘Black Friday deals’ or ‘best Black Friday deals’. Black Friday is unique in that unlike the rest of the year, retailers from completely unrelated sectors are competing for a place on the same SERP.

There were a number of interesting stories emerging from the day, particularly with Apple, who typically don’t get involved in seasonal sales, for the first time choosing to partake in Black Friday. The technology company took a high spend strategy, looking to dominate the SERP early on and at a number of peak times.

Another strong performer was Not on the High Street with the unconventional retailer continually ramping up its spend to improve frequency at key points throughout the day. The morning saw the brand appear on nearly every search.

It was evident from our own data, that spend played the most important role. With so few search terms, although strong ad-copy is always a must, it was the bigger spenders who were able to maintain the highest positions. That isn’t to say however, that there weren’t opportunities to command strong positions with less spend. Trends in frequency at specific times show some looked to identify opportunities, and were able to succeed in doing so. The following 7 charts from the Adthena platform highlight some of the key areas of competition and the brands who performed best.

Having founded Adthena in June 2012, Ian specialises in the strategic growth of the business. Ian has his finger firmly on the pulse of the rapidly-growing digital marketing landscape and has been involved within the tech industry for the past 20 years in Silicon Valley, Taiwan, England and Australia. With an Economics degree from the University of Queensland, Ian is proficient in Chinese and an avid rock climber.