The Power of Social Shopping

Almost all forms of advertising have suffered a decline in trust among UK consumers over the last two years, according to Nielsen’s Global Survey of Trust in Advertising. In fact, of the 19 ad formats covered by the report ... 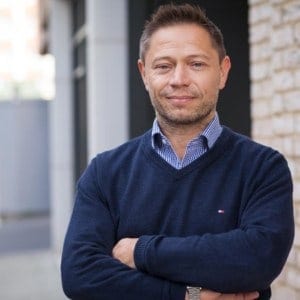 Almost all forms of advertising have suffered a decline in trust among UK consumers over the last two years, according to Nielsen’s Global Survey of Trust in Advertising. In fact, of the 19 ad formats covered by the report, only three increased in trust, while 13 declined and three remained the same.

But there is light on the horizon for advertisers.

A study by earned content platform Olapic revealed more than three-quarters of 16-49 year olds prefer to look at user-generated images over traditional advertising, while photos featuring “real people” are trusted seven times more than traditional ads. Combine these stats with the growing number of social media users and it’s clear to see the new opportunities for brands and advertisers.

Social platforms, quick to act on changing consumer behaviour, are starting to roll out increasingly sophisticated shopping functions. According to Aimia, Facebook is currently the most popular platform for shopping (26%), followed by Instagram (8%) and Pinterest (6%).

But expect Instagram soon to creep up in the social shopper popularity stakes as it officially enters the social commerce fray, offering shopping tags to its 500 million monthly users. The tags identify the products in ads so all users have to do is tap to get product details and links to buy.

It’s a smart move as we already know social platforms are being browsed by shoppers with an intention to buy. Olapic’s research found that 35% of 16-49s are interested in looking at social media photos while “pre-shopping”. The younger consumer is also particularly engaged with brands across social media, with 57% of UK millennial respondents having uploaded photos featuring a brand’s hashtag.

And the m-commerce sales speak for themselves – in 2016, total m-commerce sales will account for £25.2 billion, an increase of more than 25% on the previous year, according to eMarketer. Online sales hit a peak during this year’s Black Friday, with £1.23bn spent on November 25, according to retail analysts IMRG.

The continued m-commerce growth is indicative of a need and behaviour to be constantly switched on and ready to shop at the click of a button – music to the ears of brands and advertisers.

But when are consumers shopping on mobile devices? A fifth of all UK online shopping sales take place during the daily commute, now accounting for £9.3bn each year. The peak morning rush (7am – 9am) sees the biggest spike, when 1.5 million commuters are estimated to be shopping. This figure will continue to grow, driven by social shopping.

There is an opportunity here for established and emerging brands to capitalise on these changing consumer behaviours through digital avenues. But advertisers would be short-sighted to turn away from more established media which reach consumers when they have the time and inclination to shop online.

The advertising world is focused on digitisation but classic media like print and outdoor still have a key role to play and provide a number of benefits separate to those of their online and digital counterparts.

As consumers we have become adept at picking out and editing brand messages which are relevant to our lives and personal interests. Classic ads enable consumers to ‘opt in’ to digital prompts at a time and place of their choosing, delivering benefits for both brand and consumer.

The brand can control their messaging in such a way as to target consumers on their ‘down time’ and build brand awareness for a later action. The consumer doesn’t feel bombarded and, in turn, deterred from engaging with a particular brand.

Brands targeting social platforms should be joining up campaigns with outdoor advertising. Why? Because key environments like train carriages and airports are proven to be conducive to consumer action.

Social platforms are changing the way consumers behave and are starting to impact the path to purchase. Brands that take advantage of this burgeoning trend, while also considering the benefits of classic media channels, will reap the rewards.

Ian is CEO at KBH-On-Train Media.