The Good and Bad of Mobile Ads: Formats to Beat the Blockers

Complete this sentence: “Within 15 minutes of waking up, half of the UK’s population will have [boiled the kettle/brewed coffee/eaten toast/checked their smartphone].” You guessed it; mobile beats breakfast. Within just a quarter of an hour ... 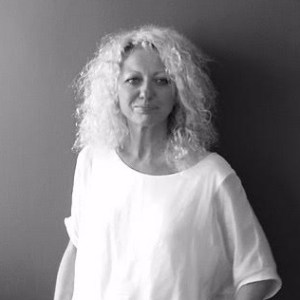 Complete this sentence: “Within 15 minutes of waking up, half of the UK’s population will have [boiled the kettle/brewed coffee/eaten toast/checked their smartphone].”

You guessed it; mobile beats breakfast. Within just a quarter of an hour of waking up, 23 million UK adults have reached for their smartphone — an activity mirrored by 47% of users in developed markets and 70% in emerging markets. Consumers around the world are going mobile-first and, of course, advertisers are following.

A recent Internet Advertising Bureau (IAB) report shows mobile ad budgets soared by 56% at the start of 2016, overtaking desktop spend to reach £1.7 billion. But mobile ad blocking has also risen, with one in five smartphone users now blocking ads — a 90% increase since 2015.

It’s clear mobile advertising is not meeting user expectations. So, if advertisers want to beat the blockers, they need to define what makes a good mobile experience, and what doesn’t.

Let’s take a look at the good and bad of mobile ads.

The good: non-intrusive and user-activated

The golden rule of advertising is that content must always enhance — not disrupt — the user experience and, on mobile, this means adapting to specific dimensions and user behaviour.

For an idea of what works well, see the ad for adidas above. This ad is a prime example of how to make a big impact on mobile, without being intrusive. The ad is designed using the parallax effect, an innovative technique that adjusts to user activity. It consists of a banner ad at the top of the page and one at the bottom, which moves behind the original content when users are scrolling. As a result, users get uninterrupted access as they engage with mobile content.

These formats often come with the option to extend the advertising experience, if users want to. Video contained within the banners remains dormant until it is activated — no auto-play or pop-up content and no room for accidental clicks. Only when users swipe on the video does it expand, presenting them with inspiring, full screen content they have chosen to view.

The bad: invasive and obstructive

The average desktop screen is 17-24 inches, whereas smartphones screens are usually 2.4-4.8 inches. Why does this matter? Because it means the formats often deployed on desktop, such as interstitials, will entirely take over the smaller mobile screen and irritate users – see example here.

This issue is compounded when ads are served in mobile apps. Delivered to a user in the middle of search, the ad is both intrusive and potentially costly: obstructing the user’s access to content and services, as well using their mobile data to deliver content they may have no interest in.

By dominating the screen, it also increases the chances of accidental clicks in an attempt to remove it — something that Retale mobile research has found makes 68% of users feel annoyed and 45% feel frustrated. And no advertiser wants to evoke those emotions.

Consequently, it’s no surprise that interstitial campaigns don’t perform well on mobile. Our studies have also shown they drive 60% fewer clicks and website visits than other formats, due to their longer loading times, disruptive nature, and tendency to obscure content.

As the dramatic growth in mobile ad blocking shows, users are not prepared to accept bad ads on devices that are integral to their everyday lives. When a new day begins and they pick up their smartphones, users don’t want to see pop-ups. To beat the blockers, it’s essential that advertisers greet users with a positive experience: adaptable, non-intrusive, high-quality advertising that signals the start of a good day.

Digital advertising and ad tech expert, Lisa Menaldo, is the UK Managing Director of Sublime Skinz, which empowers advertisers to maximise to their campaign impact, brand lift and ROI through skin-based digital advertising.  Starting her career as Sales Manager at IPC Media (now Time inc. UK), a magazine and digital publisher with a portfolio selling over 350million copies a year, Lisa has accrued an impressive 20 years experience in the advertising sector.