Daydream, Oculus, Vive or PS VR: The ‘Headset Wars’ Will Make Their Impact on Advertising

As mobile phones approach plateauing at a six-billion global penetration, it is likely the new growth will come from new platforms, a new reality. The worlds of virtual and augmented reality are often conflated. AR has the potential to develop ... 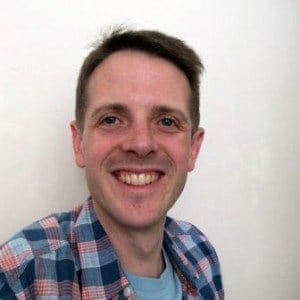 As mobile phones approach plateauing at a six-billion global penetration, it is likely the new growth will come from new platforms, a new reality.

The worlds of virtual and augmented reality are often conflated. AR has the potential to develop into a truly transformational technology that allows people to stay in the real world, akin to what we have seen from mobile, whilst VR will support escapist entertainment odysseys.

Nobody could have realised the impact smartphones would have on the way we interact, nor on the marketing world. The question is, can virtual or augmented realities have the same impact?

The new-screen opportunity is to become part of an evolution in the way we work as a society. The enlightened advertiser must now be thinking, ‘How do we become part of that experience?’ We have grown up with two-dimensional banner, print or TV adverts. The future of 10 or 20 years’ time will be about far more immersive and exciting means of communicating.

There is a very pertinent question lingering over the whole, amazing opportunity. Can, or should, ads be delivered inside virtual worlds at all? Since these new realities will be so immersive, real, sometimes even emotional, it is hard to conceive of ads being delivered in the traditional fashion at all, with interruptive calls to action or flashy “look-at-me” desperation.

Bad ad practices and over-reliance on technology have given rise to ad blocking today. These kinds of practices, in a virtual environment beamed into the retina, will be exponentially more jarring than on a slab of plastic and circuitry.

Many marketers are starting out in VR and AR softly, by creating voluntary brand-world experiences of their own, involving users rather than bothering them. For example, brands could think about creating avatars to interact with users in augmented worlds. Imagine if, like Princess Leia’s hologram in Star Wars, characters were conjured up to talk with audiences.

I don’t believe the new screens are a no-go area for advertisers. Even if the actual creative is an interaction with a realistic concierge appearing in your sitting room, it will still have to be signposted to the consumer somehow.

It is precisely because virtual and augmented reality will be so personal that targeting and relevance will be more important than ever. Far from being jettisoned in the new world order, programmatic will truly come into its own.

Programmatic has quickly moved beyond its early days of facilitating real-time transactions. Aided by machine learning, it is used to focus on customer needs, requirements, intents and behaviours that drive how to deliver the right message at the right time.

What we are building may be the fabric of a better advertising experience on 2D screens today, but it is also the building blocks of a future system that will be essential if advertising is to work effectively in the 3D world. Before an immersive and valuable brand experience can be delivered, relevance and the meeting of customer intent will be the key ingredients used to signpost it to users.

When they enter that world, things get even more interesting. Today, we are mostly collecting coarse-grained data around website visits, times of day and so on. The augmented and virtual reality worlds will offer new opportunities for data collection that can be fed back into the system to inform future targeting.

Eye tracking inside headsets or AR spectacles, which can suggest a response to a given stimulus, could be captured as emotional markers of feedback. Other consumer cues could be captured from the very natural and well-fitting experience that a brand VR deployment may be.

When a user talks with a realistic brand emissary in the 3D world, the interactions will be through conversation, not through an interface. An avatar will ask questions, a user will respond, and the discussion will flow naturally. This won’t just power the system to become more empathetic with consumers in the moment – it will also open up the possibilities for collecting countless data points that are otherwise not captured today in normal conversation. Suddenly, consumers will – voluntarily – give marketers an ocean of cues to work from.

The possibilities are going to require processing power, smart decision-making and a healthy dose of sensitive product development. But far from being dead-ended in the new world ahead of us, I think programmatic is the very thing which will help it take flight.