Matt Bailey: The Era of ‘Super Affiliates’ and What it Means for Networks

Sitting down over a cold beer with PerformanceIN's founder Matthew Wood recently, talk turned - as it usually does - to the ‘good old days’ of affiliate marketing and the people we used to know. Specifically we were discussing the 'Limo ... 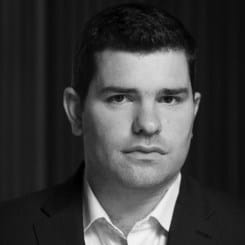 Sitting down over a cold beer with PerformanceIN’s founder Matthew Wood recently, talk turned – as it usually does – to the ‘good old days’ of affiliate marketing and the people we used to know.

Specifically we were discussing the ‘Limo Club’ event of the early noughties. For the vast majority of you working in this industry – that were still at school then simply dreaming of a life dominated by CPA, CTR and ROAS – let me give you a short history lesson.

The Limo Club was an unofficial group of so-called ‘super affiliates’, who one day decided to travel to London from far-flung places like Scotland, Bristol and Andover, hire a limo and visit all of the affiliate networks to give them some ‘advice’ on how they should be operating. Some of those involved are still active in the affiliate industry, but many have either retired or moved on to other endeavours.

What it got me thinking about was the concept of super affiliates; this was a term that was used quite regularly when I started working in this industry many years ago.

Super affiliates were partners who could make a significant difference to your affiliate campaign if they joined up. Networks used to make a big deal about the strength of their relationship with these ‘big boys’.

Given that this was a time dominated by PPC affiliates, the modus operandi of the super affiliate back then was that they ranked extremely highly in Google for generic keywords and therefore tended to operate in one or two sectors. For example, a super affiliate might be strong both in the broadband sector or in mobile phones.

For any brand in this space, building a good relationship with the right super affiliates was key in driving good volume for your affiliate programme. Fast forward to today and the term is barely heard anymore, evidenced by searches in Google for the term showing its diminishing popularity over the last 12 years.

As I thought about it, the thing that surprised me most about this is that we do now live in an era where the entire landscape is dominated by a small number of large players. Cashback, voucher code and technology affiliates hoover up the vast majority of sales on most affiliate programmes, aided by a last-click wins rule that these kind of affiliates are geared towards taking advantage of.

So we have a situation where the new breed of super affiliates are winning and, just like in the heyday of the old predecessors, brands are looking to recruit these partners and figure out how to work most effectively with them to maximise sales.

A concern for networks?

Whether this is a good or a bad thing for those brands is a different question and one that has been debated many times before. However, my thoughts move to how this scenario plays out for affiliate networks.

If it is the case that most affiliate programmes are dominated by a few large affiliates then this means that the retailers concerned have a lot of eggs in a few baskets. If it’s the same affiliates who are dominating most programmes it means that affiliate networks are reliant on a small number of partners for a lot of their income, which must be a cause for concern.

Back in 2008, Affiliate Window and Quidco had a well-publicised dispute which culminated in them not working together for over a year. I think that if a similar issue occurred now with any network and any of the modern day super affiliates, the network in question would be hit very hard in the pocket. Losing a big client would be bad news for a network, but losing one of their top affiliates would be potentially catastrophic for their business.

With the erosion of traditional affiliate network influence through the growth of technology solutions and influencer marketing agencies, it’s vital that they evolve to remain relevant in the modern era. Being overly reliant on a small number of relationships is clearly not a strong position to be in. Maybe time to reconvene the Limo Club to offer some more advice to the networks?

Matt Bailey is business director at FusePump, and has finally reconciled himself with the fact that he deserves to be referred to as an 'industry veteran' after working in performance marketing for over 10 years. In a career encompassing roles within affiliate networks, media agencies and technology companies, Bailey has a well rounded view of the industry and has long been seen as one of the preeminent commentators on the space, always willing to give an opinion.