TV or Digital, or Both? Where You Should Put Your Video Campaign Spend

The video advertising landscape is a complicated and fragmented one, making it a pothole strewn path to tread for marketers looking to sell their brands.  With video consumption increasingly taking place on a multitude of devices, the TV is no ... 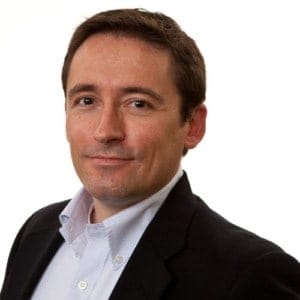 The video advertising landscape is a complicated and fragmented one, making it a pothole strewn path to tread for marketers looking to sell their brands.

With video consumption increasingly taking place on a multitude of devices, the TV is no longer the primary target for ad spend. In 2015 alone, the UK online video ad spend grew over 50% to £711 million, driven by this consumption fragmentation across devices and platforms. However, the TV certainly isn’t dead, with viewing on commercial channels averaging 2 hours, 23 minutes a day. This creates a question for marketers – where to put the ad spend?

There are challenges and opportunities for both TV and digital campaigns, the most prevalent being reach and relevance. On traditional linear broadcast TV there is only one way, get the ad placed in an effort to reach as wide an audience as possible. Though improved addressable targeting is taking place in the UK now thanks to developments, such as Sky AdSmart through its delivery of packaged ads based on household and demographic attributes attached to the set-top box, this is unique within the current UK marketplace. However, even advancements like this still don’t provide the full targeting capabilities that exist in digital.

Conversely, digital video advertising can be addressable, especially when taking third-party factors into account, such as the weather, to serve ads that are most likely to be relevant to that user.

Google, in partnership with MarketShare in the USA, conducted research to uncover the actual value of moving video and TV spend onto an online environment, in this case, YouTube. The outcome highlighted that there are brands still potentially overspending on TV, sometimes up to two-thirds of their entire budget. However, by shifting some of that away and onto an online video platform, ROI for the brands on their ad spend could increase vastly, up to $8.50 return on every dollar spent. In one particular case, the research showed that moving 20% of budget online from the TV to YouTube delivered a 25% revenue uplift on sales of action movie tickets.

The research provided valuable insight into the effectiveness of moving campaigns to digital, however, it doesn’t necessarily mean that marketers should move their entire video ad spend online. These advanced targeting techniques work well in specific cases and to particular segments, but they can be difficult to secure scale due to limited implementations and a potentially higher cost, and may not be relevant for certain brands.

Before making any decisions where to spend, marketers need to investigate where their audiences are looking and what they’re influenced by. Only then should decisions be made as to where campaigns should go. It may be that the ad is targeting millennials who spend a high proportion of their time on mobile devices, and drastically less so in front of a TV, in which case a digital-led campaign is an obvious choice. Alternatively, if the target segment is those aged 65 and over the likelihood is that the TV is their main method of consuming video content, and therefore the marketing spend should go there.

However, often the most successful campaigns are not one or the other, they’re both. With the increasing number of video on demand and IP-based content streams becoming more accessible, there are huge potential opportunities to reach consumers as they move across different screens and content access points. This could include campaigns that run the same ad on TV and on digital, or they can synchronise the campaign. Some brands are now using it to tell a story to the consumer as they move. This can include a 30-second spot designed to reach a mass audience on TV that is followed by ads on players such as YouTube that are targeted to a specific segment and based on the likely premise that the consumer will have seen the first section of the story on the TV. Telling such narrative campaigns can be more compelling as they’re often designed to lead the viewers on a journey to discover the brand. The success of these campaigns lies in recognising that the ad spend shouldn’t be wholly on TV or digital, rather it should be spent on both to align with the intended customer journey. John Lewis is one such brand that has done this effectively, reaching audiences across TV and digital seamlessly by shifting some costs away from TV, but not all, in order to tell a cross-channel story and be most effective.

Whatever the segment the ad is directed at, the key is to analyse both the ad itself and the target audience to see where they’re most likely to consume the video. At that point you attribute the right investment to the right screen, therefore optimising your campaign and delivering an improved return on your investment.

This must include the full analysis of a range of factors, from the customers’ interest in the brand through to the weather and competitor brand activities. It’s then important to think about where to invest, optimise that spend according to the results of the analysis and allocate. But it mustn’t end there, particularly with such an influential and engaging medium as video. It’s important to monitor the campaign whilst live to judge its effectiveness and impact on consumers. If it has finished and customers weren’t engaged what was the point? Instead, consideration should be given to observe, adjust and re-allocate spending where appropriate or necessary in order to optimise the campaign

Fundamentally the decision of where and how much to shift from TV to digital lies with the brand, the campaign it wants to run and the viewers it wants to target. As a highly complex division of the advertising industry, video has great potential but needs to be approached with care, in-depth analysis and evaluation of the needs of the brand and consumer in order to make the best spend shift decisions before during and after the campaign.

Jean-Philippe Durrios is MD, International Markets. He brings over 15 years of experience and a solid track record of driving product and organizational scale for growth companies with disruptive technologies such as: Yahoo!, Overture Services and Spot Runner. At Spot Runner, Jean-Philippe managed the revenue strategy organization, and was responsible for leading strategic initiatives on behalf of the President, CFO and functional heads. He co-led the turn-around of the National line of business, exceeded game plan within six months and reaching positive contribution the same year.