Are Brands Focusing on Black Friday Too Late? 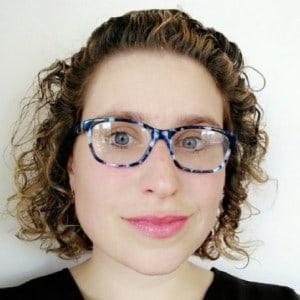 As the noise around Black Friday simmers down, it’s a great time for marketers to reflect on some of the biggest themes of this year’s bargain hunting event. More so than in previous years, headlines have shone a light on growing consumer apathy for the day itself and a rising demand for online deals in the days and weeks preceding Black Friday.

Certainly Rakuten Marketing’s own research indicates a strong movement towards a longer path to purchase than retailers might conventionally assume. Rather than 24 hours, our findings have unveiled that consumers in the UK, US and Australia take nearly six days (142 hours) from their first online interaction with a brand to purchase on Black Friday.

This means the purchase journey for a Black Friday bargain, in fact, begins on the preceding Saturday and although retailers aim to drive impulsive purchases with a discount day, the customer remains considered in their shopping habits.

In several reports from this year’s Black Friday, retailers’ plans for a hectic day in store appeared somewhat displaced from the reality when the clocks turned past midnight. Rather than queues extending the perimeter of supermarkets and department stores, the number of consumers waiting patiently outside matched the number of security guards.

In many cases, the lull in offline activity was attributed to online shopping. Currys PC World reported its highest ever number of orders, up 40% on 2015, with over half a million visitors to its website before six in the morning.

Even on Black Friday, however, shoppers do not research items and purchase on one device. For instance, desktop computers drive the highest click rates of any device around the Black Friday period, seeing 52% over overall consumer engagement, compared to 12% on tablet. However, when it comes to actual conversions on Black Friday, tablet managed the highest conversion rate with an impressive 11% of conversions, followed by PC (9%) and mobile phone (4%).

A window of impulsive opportunity

Although the journey is still considered, consumers do become slightly more impulsive around Black Friday than at other times of the year. There is definitely an opportunity to engage shoppers ‘in the moment.’

From our data, a shortened customer journey was most apparent in the number of online advertisements consumers saw online before making a purchase online. Whilst the average number of impressions across retail sectors, including fashion, technology and beauty, is just over 22 during an average weekend, on Black Friday consumers viewed fewer than five ads before transacting.

The biggest difference can be seen in the consumer electronics and jewellery sectors. While it usually takes the average consumer as many as 54 ad impressions before making a technology purchase, the number of ads they need to see on Black Friday dropped by a staggering 90% to six impressions.

With a longer path to purchase, shoppers are looking preemptively for deals, prioritising sites that post deals all year round rather than the brand’s own website. As a result, cashback and discount sites have gained a significant amount of traction in recent years.

Our insights from recent Black Fridays found 42% of online conversion taking place on Black Friday were being routed through the likes of TopCashback and Vouchercodes.co.uk. Cashback sites generate nearly a quarter (24%) of all sales, whilst voucher and discount code sites drive 18% of sales.

However, for retailers including eBay and Argos, which hit the headlines for beginning their sales a week early, it remains to be seen how well they managed to harness the pre-emptive shopper culture around Black Friday.

The UK market is becoming increasingly aligned with the Black Friday push. Media hype is ingraining the event into our yearly shopping behaviour. But shoppers are still less impulsive on Black Friday than brands might think. Like every other day, they are researching products and are looking to get more and more value for their hard earned cash. Sites like TopCashback, VoucherCodes.co.uk and ShopStyle are key winners in their purchasing journeys as they make that feat easy.

Moreover, shoppers are looking for bargains ahead of an expected rise in prices in 2017 as a weaker pound starts to push up the cost of imports, putting household finances under pressure. As a result, Black Friday only means big sales if brands have a complete view of a customer’s journey.

Armed with insights about where shoppers are discovering their brand and where they eventually purchase, marketers can work out how to distribute their marketing spend most effectively.

Megan is a regional senior director at Rakuten Marketing Europe.