How to Get the Best Reception for Your Video Ad Campaign

Pushing high quality, engaging video campaigns to targeted audiences is the accepted modus operandi of advertisers in the digital age. But with today’s tech-savvy consumers able to access content at any time and anywhere, on a variety of devices ... 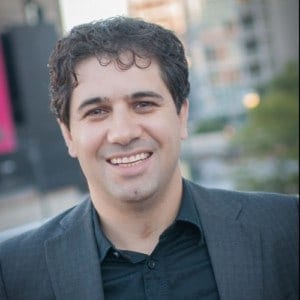 Pushing high quality, engaging video campaigns to targeted audiences is the accepted modus operandi of advertisers in the digital age. But with today’s tech-savvy consumers able to access content at any time and anywhere, on a variety of devices, this approach is perhaps too simplistic and one-sided.

To make advertising truly effective, brands must also look at the other side of the equation and consider whether consumers are willing and open to receiving video ads. Numerous contextual factors including time of day, device type, and video content type can have an impact on ad receptivity, which is defined as a consumer’s willingness to receive a message from a brand before they are exposed to an ad.

So how can brands optimise the effectiveness of their campaigns by ensuring they are reaching consumers at the point they are most receptive to video advertising?

1. The early bird gets a better reception

Video consumption volumes peak in the evening so the majority of brands aim to serve their ads at this time. But just because consumers are viewing video content, it doesn’t mean this is the time they are most open to advertising. In fact, YuMe research reveals video ad receptivity spikes in the early morning and then levels off to remain fairly consistent throughout the rest of the day. This may be because consumers are more alert in the early morning and are using this time to process information, check emails, and catch up on the news, while in the evening they are more likely to be relaxing and focusing on entertainment or social activities.

Ad awareness metrics – including unaided recall and attention – are also significantly higher in the morning than in the afternoon, so brands should consider serving video ads during that crucial early part of the day to reach consumers when they are most aware and receptive.

Although ad performance metrics such as overall favourability, recommendation intent, and purchase intent are also at their highest early in the morning, they do reach another peak at night between 9pm and 3am. Given the relatively high volume of video views that occur in the evening, brands should also include this time of day in their video ad campaigns for optimum performance.

This advice is particularly relevant for brands targeting millennials, as the younger demographic consumes video for a longer portion of the evening than other age groups, beginning at around 6pm and continuing through to midnight.

Mobile video advertising is an effective way to engage consumers, with ad receptivity rates on tablets and smartphones outpacing desktops, laptops and connected TVs, despite lower viewing volumes. But it is a mistake to lump all mobile devices into one category as they each have their own unique patterns when it comes to video viewing and receptivity.

Video viewing on smartphones fluctuates throughout the day – with spikes at breakfast time, lunchtime, and in the evening – while viewing volumes on tablets increase steadily throughout the day, reaching a peak late evening around 9-10pm. Ad receptivity, however, follows a very different pattern. Ads served to tablets generate the highest receptivity levels of any device early in the morning, tailing off later in the day, while smartphones enjoy the highest rates of receptivity in the evening, especially among the millennial age group.

Brands should ensure they consider each mobile device type individually when designing their video advertising campaigns, rather than opting for a single all-encompassing mobile strategy.

Ad receptivity also varies by the genre of the video content. Although practical content genres such as business, technology and automotive may get relatively low viewing volumes they attract higher ad receptivity than genres such as comedy or drama.

Perhaps unsurprisingly the overall enjoyability of video content has a significant impact on brand metrics. When viewers enjoy the content an ad is served alongside, this increases overall favourability, recommendation intent, and purchase intent. To increase the effectiveness of their video campaigns brands should ensure their ads are served with video content their target audience will enjoy and be receptive to.

While serving high quality, engaging video ad content to target audiences is half the battle, brands also need to step into the consumers’ shoes and look at ad receptivity to maximise the effectiveness of their campaigns. By understanding when to serve video ads, which devices to serve them to, and the type of content to serve them alongside, they can ensure they reach consumers at the point they are ready and willing to receive the brand message.

Paul Neto is currently Senior Research Director at YuMe, where he focuses on creative research initiatives around digital video utilising traditional and innovation research methodologies.  Prior to joining YuMe, Paul was co-founder at Crowd Science, which was acquired by YuMe in 2012. During his time at Crowd Science, Paul worked with some of the largest internet publishers such as Forbes, Reuters, Everyday Health and Federated Media Publishing, using research and big data to harvest audience-based insights and improve ad targeting technology.