Targeting can be a powerful tool to generate better ROI for advertisers and increase premium video publishers’ yield through relevant ad targeting. However, while data-based targeting helps serve ads across indicators such as demographics, interests and gender, it doesn’t ... 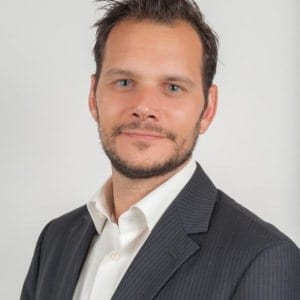 Targeting can be a powerful tool to generate better ROI for advertisers and increase premium video publishers’ yield through relevant ad targeting. However, while data-based targeting helps serve ads across indicators such as demographics, interests and gender, it doesn’t necessarily show what the audience is actually doing as a means to drive up engagement and yield.

To look at how premium publishers and the whole video advertising ecosystem could drive engagement, FreeWheel’s Q2 2016 Video Monetization Report investigated audiences’ behaviour on premium digital video platforms. Through the process, FreeWheel identified three distinct types of viewer, each with different patterns and opportunities for publishers:

For a sampler, digital video is something others look at but isn’t necessarily a platform they care about. Samplers tend to watch less than half of a show and only use the service intermittently.

While catch-up viewers recognise the value of digital video, they view it as an additional platform to their linear TV service where they can watch shows they missed. In effect, they view it as an IP-delivered version of recordings on the set-top box, for example catching up on missed episodes of The Big Bang Theory on All4.

Unsurprisingly, enthusiasts are the largest users of digital video, whether that’s as catch-up, on demand or live streaming. Not only are they the most frequent visitors to digital video services, but they will watch the most shows in one session, often three or more, such as live streaming Westworld on Now TV.

The majority of premium publishers that incorporate advertising within their digital video environments already know and segment their audiences. However, it’s not so common to see examples of segmentation by audience interaction experiences and usage. As the report demonstrates, samplers showed the greatest level of drop off from ad in pre and mid roll, with catch-up viewers and digital enthusiasts exhibiting greater acceptance of ads as they generally want to watch more of the content.

For publishers, the chance to turn even some samplers into catch-up viewers or digital enthusiasts is an opportunity to increase revenue as these two higher use groups can deliver on average 1.7 and 7.3 times as many ad servings per month vs samplers. They could drive a significant yield growth and tap into the £474 million that was spent on online video advertising in the first six months of 2016.

With this insight available, it does not only highlight the differences in audiences viewing behaviour, it also leads to the question of what publishers can do to increase yield. The research showed that of the three types, samplers have the highest drop-off rate in the middle of the content piece, as shown in the graph below, during a 30-minute show.

As viewers are browsing and dipping in an out of content, this isn’t a particularly surprising result, but it does show that attention should be placed on serving shorter content pieces to samplers where possible within their environment for instance, or to place teaser trailers within the pre-roll ads.

Steps should be taken to test new measures that will drive engagement. For example, publishers could try serving more show trailers to samplers and catch-up viewers to keep them on the stream longer and drive view-through rates on the mid-roll. Once the right scenario, aligned with accurate targeting, has been found, publishers can begin scaling up their plans. Doing this effectively requires constant measurement and re-adjustment to find the right balance at scale, but by serving a combination of third-party ads and in-house marketing and trailers, there’s opportunity to change audience behaviour and grow revenue.

There is a multitude of ways for broadcasters to increase yield, beyond the sales method, be it through direct-sold or programmatic means, considerations should also be given to the audience itself.

While the data used to target viewers is vital to serving effective and relevant advertising and growing yield, it has the potential to grow further when thought is given to what the viewer actually does on the platform and how often they enter it. By looking at audience behaviours, premium video publishers can develop strategies to serve ads that drive up engagement and turn samplers and catch-up viewers into digital enthusiasts who not only watch more content, but also more ads.

This will provide more data to serve a better ad experience for the user, achieve brand goals and ultimately increase publisher yield.