Web Summit 2016 was unlike the previous years. This year, the conference took place in its new home of Lisbon at the MEO Arena and also coincided with a historical US Presidential election. It wasn’t just IT geeks and ... 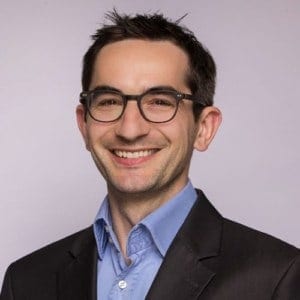 Web Summit 2016 was unlike the previous years. This year, the conference took place in its new home of Lisbon at the MEO Arena and also coincided with a historical US Presidential election.

It wasn’t just IT geeks and data nerds who made up the more than 50,000 attendees this year, the event was positioned as an ideal battleground for those looking to network with investors and industry veterans. The agenda included some political touches, anticipating the interests of the heavily global audience. The former President of the European Commission, José Manuel Barroso, president of the World Trade Organisation, Roberto Azevêdo, and the French Secretary of State, Axelle Lemaire, were just a handful of political speakers expanding on their digital insights  last week.

Among other exhibitors, S4M was in the heart of the action and took a front row seat for discussions on some of the hottest topics of the week revolving around artificial intelligence and self-driving vehicles. We were, of course, excited to hear the latest trends and challenges happening in the advertising space in the coming year. Here are our three key takeaways from the conference that will continue to be much talked about as we finish the year and head into 2017.

1. Ads should be creative rather than annoying

Maurice Levy, Publicis Groupe CEO, took to the main stage on Tuesday to speak about the future of advertising with Jim Edwards, Business Insider UK’s editor-in-chief. The pair discussed the future of advertising following a tough 2016 year politically and socially. When asked about ad blocking and the concern among publishers, Maurice Levy reminded us that users are king. “When ads are annoying, you [the advertisers] start to have problems with consumers,” said Levy. The key for the industry to win over users is to focus on creative and innovative ways of communicating. The future of advertising, especially on mobile devices is to deliver timely services and tailored content – ads should be creative and engaging.

Facebook’s VP of messaging products, David Marcus announced that advertisers can now target users before beginning a one-on-one conversation within a messaging product. As data usage becomes increasingly more sophisticated, privacy and identity are the key discussion points associated with effective targeting. More than ever before, advertisers need to consider their consumers first, not just in terms of tailored content and user experience but also respecting user privacy and their data. Mobile targeting and retargeting if not executed properly can leave mobile users with a feeling of being intruded upon. Advertisers should take extreme measures to safeguard user privacy and if possible use anonymised consumer data.

We are still in the era of data gold rush. This year at Web Summit  the conversations were concentrated on discussions data ownership and transparency around the data used within ad campaigns. It’s an accepted norm that today’s marketing efforts cannot be successful without powerful amounts of high-quality data. Yet, at the end of the day without transparency on where the data comes from or ownership of campaign data, it will be difficult for brands to triumph in the long-term. To achieve a sustainable future where big data is employed for the benefit of all, it’s our responsibility to make sure we don’t bypass the important issues of figuring out ownership among brands, agencies and publishers – and transparency around how this data is used within the various different stakeholders’ organisations.

Jean-Francois started as a project manager building and launching the first golfing portal on 3G in 2005, for SFR/Vodafone.  He was then a founding member of Followcom, a mobile marketing agency specialised in helping big brands communicate on mobile phones. Followcom was subsequently acquired by Motricity for whom he looked after mobile projects, sites and apps for the likes of Canal +, Volvo and Bouygues.  His career has evolved along with the industry and in 2011 he co-founded S4M. He now heads up Global Ad Operations, helping agencies and advertisers use S4M’s mobile platform .