There has never been a form of media as intimate as your mobile phone. According to a 2013 survey, some 40% of the population suffers from “nomophobia,” the fear of being without one’s device. When haven’t you seen ... 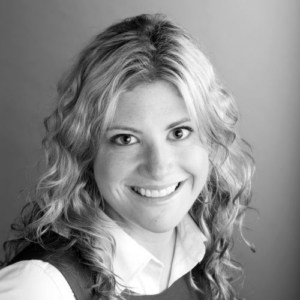 There has never been a form of media as intimate as your mobile phone.

According to a 2013 survey, some 40% of the population suffers from “nomophobia,” the fear of being without one’s device. When haven’t you seen a loving couple in a restaurant ignoring their partners in favour of Instagram, football results and memes? In 2015, the eMarketer found the UK spent an average of 2 hours and 26 minutes per day with mobile devices, which is almost a five-fold increase from 2011 – that’s a lot of silent dinners!

Smart advertisers already use first and third party data to target their audiences more accurately to rise above the noise. Mobile advertising is a wide-open canvas with new methods of targeting that other media could only dream about. Here are five new ways of looking at mobile targeting that you may not have considered:

Picture this: you’re taking a walk on a scorching summer day when an ad on your phone tells you that the local UV index is 8, which is high. The ad tells you that within 15 minutes your skin will be damaged. It then lets you find a store that stocks sunscreen and even includes walking directions.

In another example, Thomson Holidays used a weather feed in combination with geo-proximity to pinpoint where the user is and what the weather is like. If the weather is poor, the ad displays the temperature along with a visual of the current weather conditions. The ad then displays the nearest airport with a compelling holiday offer to escape this unfortunate weather. Not a bad way to get the user into the travel mindset and move them quickly down the purchase funnel.

All devices are not created equal. As you may have heard, iPhone users tend to spend more than Android users. People also tend to buy more on tablets than smartphones. You can also get fairly granular with targeting. In November, for instance, you might want to just target people with new iPhone 7s if you’re marketing a new tech device because such users have proven to be early adopters.

TV advertisers know that 5pm is a good time to show adverts for dinner. This is a less accepted practice on mobile even though most supermarket shoppers are toting smartphones these days. Consumers also tend to use their tablets more in the evening, when they’re watching TV or laying on the couch. This is a great placement for a direct-response ad since they have the time to follow through and purchase.

Brick-and-mortar stores would also be smart to only advertise when they’re open. Restaurants might also target customers at noon within a one-mile radius, a practice that Microsoft endorses for Bing ads.

Within stores and retail locations

Beacons are still just hitting retail stores, but some marketers are experimenting already. For instance, last year Coca-Cola ran a program in Norway that used beacons in movie theaters. The soft drink giant offered a mobile coupon for a free soda. The redemption rate for the offer was 24%. A week later, Coke ran a similar offer for a free ticket to the same theater and saw 60% of users click on the ad and 20% redeem it.

Beacons don’t have to be used to pitch products. In New York, Citibank piloted a program that let users access ATMs after hours by using their smartphones rather than their cards. Realtor Redfin also used beacons give would-be homebuyers more information about the homes they’re checking out.

Another example of hyper-relevance is the use of mobile wallet in the call-to-action of mobile ads. Unlike any other device, a mobile wallet offers the option for consumers to download and keep deals, offers, information, reminders and details in the convenience of their hands for the exact moment they need it, even if they’re not online.

Maybe the best time to reach your target audience on mobile is while they are winding down their day, catching up on news articles before bedtime. Sending them a deal for 20% of dresses isn’t going to have an immediate in-the-moment impact, but the deal can be downloaded and saved to their wallet. Then, when the consumer is near the store, she could be reminded of the deal previously downloaded. From a user’s point of view, the convenience of “saving” deals and information that is important to them is unparalleled.

Since early 2016, Jessica Maurer has been the Director, Business Development at Flashtalking. Following a degree at University of Maryland she began her digital career at MAXonline, one of the early online ad networks. Through many acquisitions (3) she ended selling for the properties within the IAC family including Match.com, Ticketmaster, Evite, Expedia and Citysearch.  Jessica has always been heavily involved in helping to advance the digital community, as highlighted by her 10 years as an Executive Board member of the Chicago Interactive Marketing Association, a leading US professional group.