“The Machines Are Taking Over” – Performance Marketing Insights: London 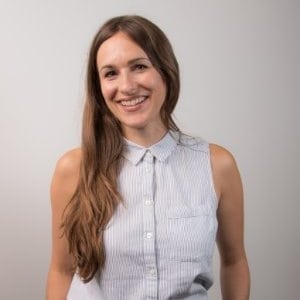 For most people, when you think of performance marketing it ignites few emotions. Data, numbers, algorithms; subjects that don’t usually elicit an impassioned response from the average person. It’s also not often that you leave a conference feeling simultaneously scared and excited about what the future holds for the world. However, coming out of Performance Marketing Insights London, those were among some of the feelings left lingering.

Some of the content focused on inspiring insights around what the future holds in a world of exponential technology. Over the last 60 years, the world has changed and technology has evolved in so many previously unimaginable ways.  As the digital entrepreneur and investor Sri Sharma, part of the Singularity University Nasa Research programme for 2016- explained, it’s very difficult for humans to think ahead when it comes to exponential technology because we’re biased to think linearly.

So, what were the daunting yet exciting takeaways from this year’s future-focused event?

1. Tomorrow, your mobile will be your PA

It’s already begun with voice command services like Siri and Amazon’s Alexa (which now operates on tablets), but your mobile device in the future will provide you with an intelligent interface for everything. According to Sharma, the next step is for your mobile to do a comparative analysis of all the products on the internet and to suggest which would be best for you to buy.

Artificial intelligence (AI) company Viv, are developing just that – a product that makes intelligence a utility. The technology will disintermediate shops and price comparison websites won’t need to exist.

Despite the idea being much lauded this year, you won’t be talking to your fridge in a few years’ time (who would pay for lots of separate subscription services?). Linkdex’s global head of digital, Jono Alderson thinks you’ll be talking to a home hub, which in turn talks to every device in our house.

The big four – Facebook, Google, Amazon and Microsoft – are all apparently trying to build a middleware technology that connects all internet of things (IOT) devices around the home together. The home hub will use loyalty and availability as a proxy for reference to order you groceries when you’re low, as well as purchase your car and find you the best mortgage.

It makes sense though for that hub to be located on your phone, rather than another separate device – it’s likely that everything in your life really will be able to be controlled from the palm of your hand.

2. In five years your eyes won’t be able to tell the difference between real and illusion

Ten years ago, IBM was the world’s leading company; today, it’s Facebook. But who will it be in the next 10 years? Sharma thinks Magic Leap, a company that has received $1.39 billion in funding (but to date hasn’t sold a single thing) is the next ground-breaking technology to watch. Think of the Star Trek holoports becoming a reality. In terms of advertising in a virtual world, a company called Vertebrae.io have built a platform that allows advertisers to product place in virtual environments and measure the brand engagement. The virtual world is closing in and it’s got bigger ambitions than just gaming in it’s sights.

3. Robots will eliminate many jobs

It was recently reported that in China Foxconn replaced 60,000 workers with robots that work 24/7. If we can build everything in the US or UK with robots, within 15 years there will be a dramatic shift in manufacturing worldwide. This means that for countries like China that have built their economies on a cheap workforce, they will have to diversify what they do. It seems China has already started to become aware of that, which is one of the reasons they’re investing so heavily in other countries’ infrastructure, services, and housing.

Robots are even replacing security guards in some shopping malls in America. Uber has also bought Otto – an automatic truck meaning that drivers can sleep in the back while the lorry drives itself.

What will that mean for workers in the future? Alderson thinks we will all be “pattern matching monkeys”. In marketing, the skills that will be needed are PR and SEO – it will be awareness generation rather than sales. And for advertisers, they’ll need lead generation and sales conversions for their fulfillment.

Rather bleakly, Alderson also thinks it all will lead to mass unemployment –  meaning that although on the plus side physical goods will be significantly cheaper due to reduced travel time and labour costs, no one will be able to afford them.

3D printing will reorder the world according to Alderson; there won’t be a need for companies who make small goods like WH Smith, Accessorize, and Paperchase. Any companies with products that can be made with 3D printing cheaply and locally will eventually need to diversify or die. Twitter’s co-founder even predicted that in 10 years’ time, Nike would be a software company selling its designs for people to 3D print at home. Whether or not that will happen, it certainly means that manufacturing is likely to happen on home soil moving forward and will completely reorder how the supply chain works.

Whatever the future holds for us all, we need to make sure we’re up to date with the latest technology. As Sharma says, “make sure you teach your children emotional intelligence and encourage creativity” – qualities that robots aren’t able to truly replicate, for now at least.

Jennie Rock is Marketing and Communications Manager at The Exchange Lab. In her role, Jennie is responsible for all internal and external communications for the company. Jennie has a breadth of marketing experience, including PR, content creation, social, digital, and lead generation.