Mobile Wallets Are the Next Frontier in Customer Engagement

Mobile wallets are poised to become the next big mobile engagement channel, as the recently released “The State of Mobile Wallet Marketing” report found UK consumer adoption is nearing its tipping point  overall, 45% of Brits have now used mobile ... 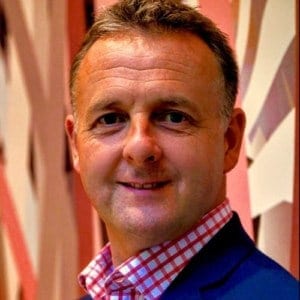 Mobile wallets are poised to become the next big mobile engagement channel, as the recently released “The State of Mobile Wallet Marketing” report found UK consumer adoption is nearing its tipping point  overall, 45% of Brits have now used mobile wallets, with 23% using them in the past week.

The non-payment capabilities of mobile wallets offer a prime opportunity to not only make your customers’ lives easier, but also to engage with them at a more personal level that’s much more visible than traditional marketing channels – all without the need of a dedicated mobile app.

In fact, the most common ways mobile wallets are being used include loyalty cards, boarding passes and coupons, but more than half of consumers also want to use them for order delivery updates and mobile payments.

Is your brand ready?

The good news and the big difference with massive potential, is that mobile wallets from Apple and Android (93% of the UK smartphone market) enable you to broaden your reach to nearly every customer or prospect with a smartphone, not just those people that have your app.

Apple Wallet and Android Pay come pre-installed on newer devices, and the barriers to get someone to install a loyalty card or coupon are much lower than getting them to install your app, due to their sheer size, ease of distribution and focused, purpose-built nature.

Mobile wallets passes offer app-like engagement without the time and expense of building, maintaining and promoting an app. Passes can update in real-time, and are location-aware, enabling a coupon to automatically display when shoppers are near a store or when it’s about to expire. Apple Wallet can also send expiration reminders as notifications, tapping into the most valuable smartphone real estate – the lockscreen – a privilege previously only possible through native apps.

Even if your business already has an app, mobile wallet passes offer an ideal solution. Download links on the back of the pass and the wallet experience itself can provide an easy on-ramp to the deeper and richer experiences afforded by your app. You can also integrate mobile wallets within your app to streamline in-app payments and rewards/discounts.

According to Urban Airship’s survey of 1,000 UK consumers, payment credentials are actually fifth in the list of things they most want in their mobile wallets. Many of these opportunities represent long-standing inefficiencies begging to be disrupted, like the 41% of Brits that regularly let coupons for products they are interested in expire or go unused (55% for British millennials). Or the top two reasons for not “always” using loyalty cards: didn’t bring the card (45%) and forgot they were part of the loyalty programme (40%).

Mobile wallets transform these traditional paper and plastic-based marketing methods into highly visible, always at-hand, dynamic communication channels. Brands can reach out and remind someone of an upcoming expiration date or their current loyalty rewards awaiting redemption. 58% of survey respondents said they’d be more likely to use a coupon upon receiving a mobile wallet expiration reminder. For loyalty cards, 62% are more likely to use them if they are on their phone and more than two-thirds are more likely to join loyalty programmes in the first place if points and rewards are automatically updated and immediately visible on mobile wallet loyalty cards.

Today, there are large gaps between what consumers have in their mobile wallets and what they want, suggesting strong demand for a wide-range of purpose-built mobile wallet items.

Businesses can drive wallet pass installs from any existing digital channel, or even in-store signage, in addition to pulling in data from other systems to start large-scale transitions from traditional paper and plastic programmes to mobile ones.

Unlike apps, we regularly see that only 10-20% of wallet passes are deleted even after promotions end, so the opportunity goes far beyond a single, more efficient campaign to creating a new ongoing messaging channel.

For example, 71% of Brits want coupons to automatically update to new offers when a promotion expires. When asked about above-and-beyond loyalty rewards, such as personalised messaging on reaching new status levels or special events like double/triple points days or birthday offers, the largest number of UK consumers (47%) said they expect these types of benefits.

Not only is consumer demand and expectations high, the uses for mobile wallets continue to expand. For example, POLITICO Europe recently became the first news organisation to use mobile wallets as a way to engage with readers. The European political online magazine does not yet have its own app, but they wanted to reach more readers with timely EU referendum coverage, which made mobile a top priority. They also wanted to leverage the historical Brexit vote to acquire new readers and provide a highly innovative way for people to stay up to date on the latest polls, key stories and voting results.

The EU Referendum Tracker for Apple Wallet was successful in helping POLITICO acquire new users, as nearly three quarters (74%) of registered pass users were new to the organisation’s database. In the single week from launch to the vote, POLITICO surpassed its goal of gaining 10,000 pass holders. This new distribution method and comprehensive real-time Brexit coverage boosted its website traffic 300% in June. According to Kate Day, Politico Europe’s editorial director of audience development and growth, its Brexit strategy, which took three week to implement, market and deploy, will now become a blueprint for all future expansion plays.

Businesses of all types and sizes have an opportunity to deliver the type of mobile experiences that get noticed, drive action and ready their customers to fully replace their physical wallets with mobile ones. But to truly take advantage of mobile wallets as an engagement channel, and meet changing consumer expectations, businesses must adopt a customer-centric approach, not a transaction-focused one.

Nigel Arthur is the EMEA Managing Director of Urban Airship, an organisation that gives companies total control of their mobile footprint — apps, mobile wallets and user-level data — to deliver experiences that get noticed and drive action across mobile or any other customer touchpoint. In October 2012 Nigel opened the Urban Airship London office to serve major customers, prospects and partners across the EMEA region. Previous to Urban Airship Nigel was in a leadership role at ExactTarget, starting up the London office in 2009 and growing the team from 9 to over 90 in three years. Nigel started his online marketing career over 10 years ago at WebTrends helping brands optimise digital marketing initiatives. He has a real passion for great marketing software and building successful teams to drive customer success through results.