Many publishers are simply placing too many ads above the fold of their media titles. It’s a result of a combination of factors. Firstly, the “fast food diet” approach to monetisation; publishers are relying on a mass of low ... 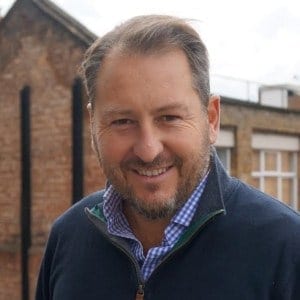 Many publishers are simply placing too many ads above the fold of their media titles. It’s a result of a combination of factors. Firstly, the “fast food diet” approach to monetisation; publishers are relying on a mass of low value, poor-quality ads for short term financial satisfaction. Secondly, advertisers are demanding more viewable inventory, so publishers are often taking the easy way out by squeezing masses of ads into the space above the fold.

The consequence to consumers is more than just unsightly page layouts and a confusing editorial experience. They are experiencing unacceptably large lag times between requesting and reading content. This isn’t simply due to the sheer amount of ads the media title is trying to force feed consumers from above the fold. The library code of many individual ad formats is totally overweight, irritatingly consuming both bandwidth and processing power. Such media titles either make consumers look elsewhere for content or worse – encourage them to use ad blockers.

The latest research into why people block ads is from Facebook, published to accompany the social network’s announcement that it would seek to circumvent ad blocking software on desktop devices. People using ad blocking software across the UK, US, France, Germany, Brazil and India were asked why they chose to block ads. The research found that the main reasons were because people dislike ads that are disruptive (69%) and those that slow down their browsing experience (58%). Similar findings came from the UK IAB’s study on this issue. Most people block ads because they feel that advertising is interruptive (74%), annoying (55%) and slows down their web browsing (54%).

Personally, I view the expressions from both surveys as one and the same thing. Long lag times caused by roly-poly advertising loading in the background are disruptive and interrupt consumers’ content experience. This wastes their time and can be, understandably, annoying.

Ads should never get in the way of a consumer’s access to editorial, but there are technologies deployed across many media titles that do just that. Some might seek to excuse their increasingly corpulent code by blaming the new functionalities they’ve added. However, the library code of some very simple ad formats is utterly obese. Using an internet browser’s developer console to check the weight of ads on different media titles shows some startling disparities.

For example, in Google Chrome, hit F12, click the network tab, hit the “reload” button and browse through or search for the ad formats on the page. Comparing two providers of in-text ads shows that one is 380% heavier than the other. Many out-of-stream video ads are 290% heavier than the lightest currently presented on the market. Publishers are frequently using rich media ads and in-image ads which are at least 46% and 25% heavier than necessary.

Advertising needs to fit seamlessly into the consumer’s browsing experience, not just by being native, relevant and entertaining, but also technically. That’s especially true for mobile sites. The lighter the advertising, the less it will delay users’ content experience, and the less likely they will be to download an ad blocker.

The Internet Advertising Bureau in the US and its partner trade bodies around the world are seeking to tackle the issue through the LEAN principles, launched by the IAB’s Tech Lab in October 2015. By changing the habits of the digital media industry, they seek to improve the quality of digital advertising from consumers’ perspective, and thus beat the rise in ad blocking. LEAN stands for “light”, “encrypted”, “ad choice supported” and “non-invasive”.

Most ad tech is now encrypted and ad choice supported, which is great, although marketers should still double check with their suppliers. The vast majority of ad tech companies claim that their ad formats are “non-invasive,” perhaps because it’s a quality that’s a little in the eye of the beholder. That criterion may well be qualified in the UK with the Internet Advertising Bureau’s set of LEAN standards due to be published in October 2016 as part of a wider charter on digital advertising best practice.

The Facebook research identifies consumers’ views of what amounts to “disruptive” ads as those that “block the content on the page, that pop up with sound and that slow the content on the page.” At Vibrant Media, one of the first companies in the world to overhaul its ad system to apply the LEAN principles, “non invasive” has been interpreted as having a combination of qualities. Firstly, the ads must be user-initiated, so consumers never have to see a brand’s ad unless they actively choose to, either by tapping or hovering their mouse over an ad trigger. Interestingly, Facebook has also identified the role of consumer controls in this area, however, it’s working on reactive consumer opt-out controls, rather than the more proactive user-initiation controls.

Secondly, ad formats must be nimble and native, unobtrusively fitting the form and function of the digital content they’re displayed within. They must also be contextually relevant to the content within which they appear, so they enhance the editorial and add to the consumer experience rather than intrude upon it.

Finally, non-invasive ad tech gives publishers control over where, when, how many and how often ads are displayed within their content. However, although Vibrant has reduced its ad formats’ library code to 30.5 KB, the vast majority of scalable ad formats available in the market are still not “light”. As more consumers are downloading ad blockers, the weight of ads – both the individual formats and the total weight of ads on publishers’ pages – is fast becoming a primary concern of marketers when selecting advertising partners.

The way to beat ad blocking is to never give a consumer a reason to want to block ads. Slimming down the sheer weight of ads publishers’ place above the line is a core part of the campaign and there are steps publishers can take:

There is a variety of online services to test the total weight and loading time of publishers’ pages. Admitting that there’s a problem is the first step.

By ranking each ad format and page element in terms of ad weight, publishers can understand what is contributing to their above-the-line bulge.

It’s a mistake to simply assess the total revenue attained from each ad format on a site over a particular period. That may exclude high-yielding ad formats that could perform better if there was not so much clutter on the page. It’s better to assess the revenue attained per impression or interaction with each ad format. This will show the potential for each ad format outside of the clutter. An ad may only show itself to one in 10 users, however the monetisation accruing from that one user may equate to 10 standard ad formats. A site that displays fewer ads but with a higher cost per interaction or impression will vastly improve the consumer experience.

By analysing the least valuable ads against the ad weight ranking, it becomes easy to start excluding ads from a media title. If the weight of an ad format is high but the revenue is low, that format’s got to go. As a broad brush rule, if an ad library code is over 50 KB, it’s likely it should be cut out.

Force feeding consumers with ads placed above the fold is a crude approach to attaining viewability. Truly viewable ad formats can be placed anywhere that a consumer naturally focuses their attention and they don’t require to be put above the fold to achieve high levels of viewability.

Of course, publishers aren’t the only sector in the media industry that needs to take action. More ad tech providers have to overhaul their systems to comply with the LEAN principles, to deliver more native ad formats, and to target ads more effectively. Creative agencies must produce more svelte video and rich media assets so they don’t impact consumers’ experience. Governments and competition authorities must look into the trading practices of ad blocking companies. And, of course, consumers have to understand that premium digital content isn’t, and never has been, free.

Craig is the founder and executive chairman of native ad company Vibrant Media which delivers native advertising to engage consumers and drive traffic to websites for brands including Sony, Nissan, Shell and Del Monte. In 2010, Craig was awarded the Ernst & Young Entrepreneur Of The Year Award. He leads a team of 300 employees in the US and Europe, and oversees Vibrant Media’s strategy and execution of business and product development, marketing and sales.