When Push Comes to Shove – The Problem with Pre-roll

Recent Nielsen research revealed that branded content is more effective than pre-roll, with average brand recall from the former sitting at 86%, compared to just 65% for the latter. This is because the viewer is king when it comes to ... 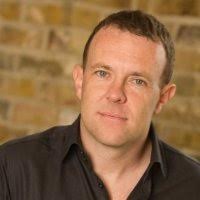 Recent Nielsen research revealed that branded content is more effective than pre-roll, with average brand recall from the former sitting at 86%, compared to just 65% for the latter. This is because the viewer is king when it comes to content. People want to choose what content to consume and when, and this is truer than ever when it comes to mobile. It’s one-to-one and highly personalised, and on the small screen it’s now harder for the consumer to ignore unwanted ads.

The fact is that most viewers can’t stand having their content gated by pre-roll. According to various studies, users regularly cite the format as being the most intrusive and blame it for the rise of ad-blocking – a practice that will cost publishers worldwide somewhere in the region of $41.4 billion in lost revenues by the end of this year, according to a recent report by Pagefair and Adobe. Last year, over 198 million people globally were blocking ads, which represented 41% more people as compared to the previous year.

If more pre-roll is a catalyst for this epidemic, shouldn’t we be taking a long, hard look at what video ad formats would be more preferable to the user experience?

There is much to be gained from doing so too, as the growth of video content has been and will continue to be nothing short of explosive. Facebook attributed a 51.7% year-on-year leap in revenue to advertiser spend on video ads in the fourth quarter of last year and for video supply-side platforms, the format is a winning one with publishers.

Facebook users alone watch nearly 100 million hours of video every day, while those on Instagram have increased their video viewing by 40% in the past year. In February, Instagram added more options for advertisers by adding captions to silent videos in the feed. And then of course, there’s Facebook Live.

From push to pull

The problem is, however, our industry can’t keep on dictating the user that they have to watch ads before or during video content. As we’ve seen with the rise of ad-blocking, the consumer will always find a way to show their disapproval and it’s the advertiser who suffers. Publishers are also ultimately facing a huge dilemma. How do they balance serving advertisers with engaging video formats and keeping users on their sites for longer with more appealing content, in more popular formats?

The big shift that needs to happen in the industry is a move from push formats, i.e. pre-roll that forces consumers to watch the ads, towards pull formats. These can include click-to-play or, better still, auto-play that’s instream, but silent – entirely passable by the consumer, but with content that draws them in, if they want.

Auto-play is important because we know that 90% of people don’t even click on ads they find interesting. By implementing a video ad solution where no click is required, however, such as Widespace’s Streamview mobile video ad format, which plays automatically but silently so as not to disturb the user, brand consideration can rise by 33% and purchase intent by 82% when compared with click-to-play.

Videos that automatically start to play in-screen offer a better reach and are a more user-friendly way for audiences to engage with relevant messages. But the rise in irrelevant and disruptive pre-roll and auto-play content in order to simply cash-in on the video revolution has made it harder for advertisers to understand that when it is of premium quality, this type of content is beneficial to the bottom line.

Basically, if the video is relevant, engaging, and adds to the user experience by complementing site content rather than interrupting it, then the move from push formats such as pre-roll to pull formats – or outstream – such as auto-play will gain greater acceptance long-term. As a next step, creatively brands and advertisers should be focused on creating engaging content without sound in order to better suit auto-play. If you can show the audience who you are and why they should engage within the first three seconds, your content has the beginnings of a winning formula.

Ultimately, the battle against the ad-blockers in a video-first mobile world will be a long one but it can’t be won by forcing the viewer to watch advertising. We need formats that involve more choice – the choice to engage, the choice to interact and the choice to ignore or disable. Only then can publishers, consumers and advertisers move forward together.

Paul is the chief commercial officer at Widespace, the European leader in mobile brand advertising. He got into media after seeing his older cousin driving a Porsche at 28 and wearing an expensive green suit. He started his own career at Capital Radio wearing a much cheaper green suit and driving a clapped out Renault 19, but has since flourished in his career working on brands such as Virgin Radio, Microsoft Advertising, and JCDecaux.