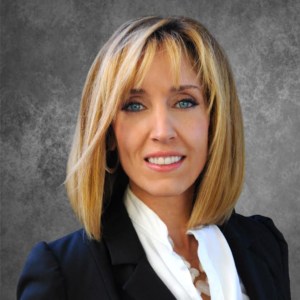 If you’re involved in the e-commerce environment, the chances are you’ve heard of a strategy known as affiliate marketing – it’s hugely popular right now. In fact, affiliate marketing spend in the US is expected to reach nearly $7 billion by 2020, while in the UK it accounts for 1% of the country’s GDP – about as much as the entire agriculture industry.

However, those impressive figures will only translate to more revenue if advertisers can keep affiliate fraud from turning their winning campaign into a liability.

Affiliate fraud can take many forms, but it’s generally categorised as publishers or networks using deceptive tactics to untruthfully enhance their performance metrics.

The results of a recent survey reveal the prevalence of affiliate fraud is far greater than some would assume:

Not only is affiliate fraud pervasive throughout the industry, it’s growing in significance. When CyberSource asked e-commerce merchants to rank their top 10 perceived fraud threats, affiliate fraud jumped from number five in 2012 to number three in 2015.

Some publishers might gather stolen payment card information and make unauthorised purchases from advertisers. This would mean the advertiser pays for a customer that is technically fraud.

Publishers are often paid per customer or per lead they generate. As a result, there is incentive for all types of fraud that create fake sales efforts, from getting their friends to purchase products with the intent to file a chargeback or cancel the order the next day to elaborate schemes that coordinate stolen card transactions well mixed within legitimate customer transactions. In a recent article from Chargebacks911, six industry experts outline very specific examples of affiliate fraud and the tactics publishers used to deceptively earn commissions.

With affiliate fraud, advertisers are actually hit twice. Not only do they pay the publisher for a fraudulent sale, they then lose the revenue from that seemingly-legitimate purchase, usually ending in the cost of the transaction, the cost of the marketing commission, and the cost of the product.

There are two common types of chargeback-inducing affiliate fraud. First, the publisher knowingly or unknowingly helps facilitate an unauthorised transaction. Second, a publisher uses incentive fraud to pull a bait-and-switch, making promises the advertiser has no knowledge of and therefore doesn’t fulfil. When customers discover that they’ve been the victim of identity theft or deceptive marketing tactics, they request chargebacks.

If chargeback rates spikes and advertisers are unable to reduce the risk quick enough, their merchant account will likely be closed. Losing a merchant account puts the advertiser in the ‘high risk’ category, making it much harder to secure new payment processing capabilities.

Even if the advertiser has multiple payment processing accounts, the increased risk and decreased financial assets will have long-term consequences.

Traditional fraud detection tools are equipped to identify payment card fraud, not affiliate fraud. Merchants who rely on fraud filters to fight affiliate fraud will not only find the tool ineffective, but the strategy will actually be counterproductive.

Increased traffic, high conversions, increased sales – these all sound like the metrics of a successful campaign. Unfortunately, what makes affiliate fraud so hard to pinpoint is the fact that seemingly impressive KPIs could actually be affiliate fraud triggers in disguise.

In numerous business operations – affiliate marketing included – it’s tempting to streamline processes with technology to increase efficiency. However, because affiliate fraud triggers are often disguised, they can’t be detected with standard fraud-fighting technology.

Human analysis is the only way to effectively identify and remedy affiliate fraud. For this reason, advertisers need to know which mitigation efforts will produce the best results.

Determine the source of fraud

Direct communication with customers is an often underutilised resource. The customers’ own experiences can quickly and easily help determine whether the promises made by the publisher were in line with the advertiser’s guidelines and the product’s limitations.

Customers, publishers, and networks that are found to be engaging in fraud can be blacklisted. Ban known fraudsters to create more successful campaigns in the future.

Identify a target demographic and monitor it for changes. Who is the typical customer and how have their needs changed over time?

Purchases made outside the typical demographic are, unfortunately, potential indicators of fraud—not expansion into a new market.

Because fraud can originate from a multitude of different sources, advertisers need to have multiple layers of protection. This includes everything from simple AVS and CVV to geolocation and device intelligence.

When it comes to fraud management, simple mistakes can be very expensive and have long-lasting repercussions. Additionally, in-house resources are usually better utilised in the forward-thinking departments that generate revenue rather than managing problems of the past.

In the end, professional assistance generates a much greater ROI. Look for ways to complement in-house efforts with outsourced services and tools.

Affiliate fraud is one of the most difficult to detect forms of e-commerce fraud. However, with a more complete understanding of the problem, as well as a reliance on the right tools, affiliate marketing campaigns can be a major boost to any business’s bottom line.

Monica is the COO of Chargebacks911. As a former affiliate advertiser, she has experienced the day-to-day challenges of this industry firsthand. When her own business was confronted with affiliate fraud, Monica took it upon herself to devise an effective solution, which turned into Chargebacks911, a global leader in risk mitigation and chargeback management. The company’s affiliate fraud alerts help advertisers prevent more than £9 million in fraud losses annually.