Ad Viewability or Performance? You Can Have Both 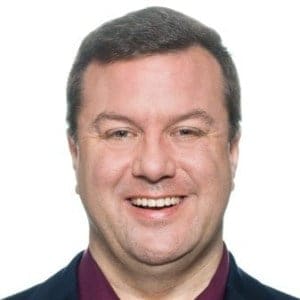 As a result, advertisers, because third parties are unable to measure attribution and viewability together, have started insisting on high overall viewability rates on their campaigns so that they can adjust the CPA provided by their attribution vendor (often DART or Atlas); we call this the “High Viewability Strategy”.

At Programmatic I/O recently, comScore Executive VP Anthony Psacharopoulos shared results about viewability that suggested that higher viewability leads to higher lift of in-store sales. In particular, he pointed out that increasing viewability from 50%to 70% increased in-store sales lift by 63%. But this doesn’t take cost or scale into account; in our experience, to produce that lift in viewability it may require spending at least 100% more on the media, killing all the gains and then some.

As an alternative, the industry should consider counting only viewable impressions for purposes of attribution.

The High Viewability Strategy suffers from a few problems:

Instead, we recommend showing ads based on real-time predictions of both viewability and performance of that impression.

Which would you rather buy for $3?

If we had a way to ignore non-viewed impressions when computing attribution and CPA, we’d be golden. We need to ask attribution vendors to incorporate viewability into their reporting and attribution (which is not yet possible), and then we need to ask DSP partners to optimise toward last viewable touch, to drive the right behaviour. Of course, that would mean the DSP has to measure and jointly optimise toward viewability and performance of every single impression.

But the most important metric is the CPA based on last viewable touch: that is, attribute each conversion back to the last ad shown that was measured as viewable (or clicked on). It’s simple, it aligns with real business value, and it should become the new currency of programmatic display advertising.

What to do for now

Today we recommend that customers include viewability goals in each campaign, but work through A/B testing to find the optimal level of viewability that maximises performance of viewable impressions, assuming that impressions which got credit for last-touch attribution had viewability that was distributed the same as the viewability of the overall campaign. Also, if you are working with multiple partners, hold them all to the same overall viewability standard, and relax that from 70% down to 50% or lower if it can achieve a better “effective” eCPA (after adjusting for the lower viewability).

In the above chart, 50% viewability is best because it has the lowest eCPA, even though the “waste” spent on non-viewable impressions is lowest at 70% viewability. This would not be uncommon as the high cost of delivering highly-viewable impressions drives the CPA up more than the benefit of avoiding the waste on non-viewed impressions decreases the “adjustment factor”. The best way to figure this out for your campaign is to conduct a split test at various levels of viewability, splitting both the budget and the audience.