In a Mobile-First Industry, Why Is so Much of Advertising Geared to Desktop?

Without doubt we are living and working in a world which is mobile first. Our smartphones are our number one device and the advertising industry has attempted to follow consumers’ eyeballs to the mobile screen. A quick search for the ... 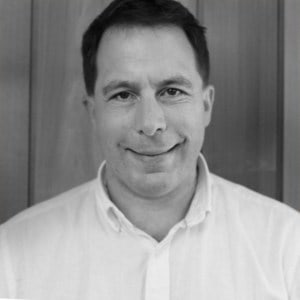 Without doubt we are living and working in a world which is mobile first. Our smartphones are our number one device and the advertising industry has attempted to follow consumers’ eyeballs to the mobile screen. A quick search for the term ‘mobile’ on this site throws up hundreds of results, but as an industry, are we better at talking mobile than we are at delivering it?

From a campaign’s inception to its close, the advertising journey can broadly be split into three processes; creative, delivery and measurement. Each of these should be planned to be ‘mobile first’ but in the vast majority of campaigns this is not the case.

In terms of the creative, it is widely acknowledged by those working within mobile advertising that, in terms of video ads, duration really does matter. Repurposing a 30-second TV spot does not provide an optimum experience, a fact which has been discussed time and time again –  yet these creatives are still regularly put forward for mobile advertising. Orientation is another issue, users typically view short form video content vertically, but most video advertising is initially shot for TV and repurposed for mobile, ending up in landscape with two large black bars surrounding the creative. If the industry is mobile first than the creative should be planned with mobile in mind and a video should be produced which is optimised to the smaller screen.

Many publishers are seeing huge levels of traffic to their mobile sites and apps in comparison to desktop, Trinity Mirror’s Amir Malik quoted at a recent event they are seeing a 15/85 split in traffic from desktop to mobile, yet they are not seeing advertising spend reflect this trend. A report from Zenith Optimedia predicts that next year brands will spend 2% more on mobile than they do on desktop – the first time this has happened, but a far cry from the split in traffic seen by publishers. This trend is partly caused by the prevalence of companies who have built their business on desktop moving into the mobile space. Campaigns may run ‘cross screen’ but the distribution is often heavily skewed towards desktop delivery, where these companies have larger pools of inventory. For advertising campaigns to actually reflect viewers’ habits it is important that agencies have a clear insight into where campaigns are being run, and the distribution is proportionally geared towards mobile.

From an overall campaign perspective it is important to ensure more advertising budget is being allocated specifically towards mobile. Research conducted by the MMA found that brands should spend between 8% to 16% of their total ad spend (online and offline media) on mobile to achieve the greatest impact, yet the current average is only 3%. To ensure that a campaign is being distributed in a mobile-first manner the budgets for the medium need to reflect its importance.

It has always been difficult to measure mobile advertising campaigns, viewability in particular is often challenging to measure in-app. This difficulty has led to a lack of measurement and industry benchmarks which are mobile specific. ComScore’s latest benchmark report only reported on ‘mobile and desktop’ in one of their categories, the rest were purely desktop results. If we are to truly be a mobile industry we need to accept that, not only does mobile perform in a different way to desktop, but that all benchmarks need to be broken out according to device. Otherwise we risk measuring mobile against a benchmark which is utterly irrelevant to the format, limiting opportunities to flag what doesn’t work and also what formats and campaigns exceed all expectations.

Mobile is at the heart of advertising, and will continue to be for the foreseeable future. But as an industry we are being slow at changing our habits, preferring to try and force old advertising techniques to work across a completely new medium. To truly become mobile first we need to create mobile-friendly creative, employ mobile first distribution and measure accurately across the medium.

Stephen Upstone co-founded LoopMe in 2012, with the aim of using AI and mobile data to close the client feedback loop and transform brand advertising. He has over 15 years' experience in artificial intelligence and mobile advertising, having held senior positions at Touch Clarity and Velti. Stephen was named among The Drum Digerati outstanding individuals excelling in the UK digital industry in 2018.