Why We’re All Banking on Social

With social media platforms focused on enabling payments and challenger brands increasing their foothold in the financial market, banks need to partner up with the likes of Facebook to ensure their place in a mobile-first world. Facebook has embedded a ... 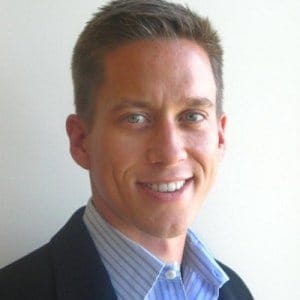 With social media platforms focused on enabling payments and challenger brands increasing their foothold in the financial market, banks need to partner up with the likes of Facebook to ensure their place in a mobile-first world.

Facebook has embedded a charity donations feature within its Messenger platform, which allows users to send money to partnering aid organisations, starting with ‘Charity: Water.’ The payment system is powered by Stripe, which according to the recent Facebook post announcing the initiative ‘has one of the best mobile experiences for accepting credit cards on Messenger.’

This is a strong signal that social is moving further into payments and that the future of platforms such as Twitter, Snapchat, WhatsApp and Facebook is on actual – as opposed to conversational – commerce, money transfers and, perhaps most importantly, transactional banking.

Banking on the go

Facebook users in the US have been able to transfer money to their friends free of charge via Messenger for a while now; Snapchat users can also send money to contacts using ‘Snapcash.’ Early next year, a trial involving 20 banks in Singapore will allow customers to wire money to payees who have linked their public internet profiles with their bank accounts by selecting their Facebook ID or Twitter handle, instead of entering a sort code or account number.

Although this may raise concerns over security due to social’s public nature and ease of discoverability as well as users’ relatively lax attitude towards passwords and the rise in cybersecurity attacks, it does show that banks are finally waking up to the power and potential of mobile banking.

This reflects the trend of people using their phones to manage their cash while they’re out and about via the computer we all carry in our pockets.

For marketers the potential is more long-term, but one day could result in airlines using Facebook IDs, rather than cash or vouchers, to refund passengers for a delay, or brands tying offers into social usage and discovering more about their consumers’ spending habits as a result.

The user statistics for Facebook Messenger are impressive, with 900 million worldwide sign-ups, of which more than 72% regularly make purchases online. The speed of adoption for mobile banking apps on smartphones is even more impressive. According to a recent report by the British Bankers Association, mobile banking apps were used 11 million times a day in 2015, up from seven million a day in 2014, equating to around 7,610 times a minute.

Last year, there were 347 million payments made using mobile apps, which was a 54% increase on the previous year and more than 13.8 million banking apps were downloaded – a 25% increase on 2014. High-street banks are also now having to compete with ‘challenger’ brands, which include digital-only, technology-led banks like Atom and Starling. They also include hybrids pursuing successful omni-channel strategies such as Metro and Virgin Money, plus supermarket and retail brands like Tesco Bank and M&S.

These disruptive competitors will soon be empowered by legislative reform, designed to give people a better banking experience by increasing competition among financial services brands. Recent recommendations by the Competition and Markets Authority (CMA) include, as part of a wider package of banking reform, that technology should be used to better empower those customers looking to compare and switch accounts.

The CMA says banks should move swiftly to introduce an Open API banking standard. This standard would enable personal and SME customers to safely and securely share their unique transaction history with other banks and trusted third parties. This would enable bank customers to click on an app or social media feature, for instance, and get comparisons tailored to their individual circumstances, directing them to the bank account which offers them the best deal.

At present, it’s hard for bank customers to work out if they are getting good value as bank charges are complicated and opaque, and many customers think it’s difficult and risky to change banks. As a result, nearly 60% of personal customers have stayed with the same bank for over 10 years and over 90% of SMEs get their business loans from the bank where they have their current account. This means that competitive pressures are weak, so banks don’t work hard enough on price, quality of service or digital innovation. The CMAs package of banking reforms will help new challenger brands get a stronger foothold in a market. The response of more traditional banking services has to be to innovate with the desire and technical capabilities of social.

It’s inevitable that the mobile device will continue to be the banking enabler of choice, especially with advancements in mobile identity, fraud and security management. However, it’s the mergers, acquisitions and development strategies of social which will power how people continue to use their smartphones.

Even if social stops short of becoming a major player in the financial services sector and just focuses on transactional payment and m-commerce innovation, it’s an area that banks have to be involved with to keep up with the demands of their customers. If banks aren’t partnered with the evolution of social platforms, they’re sure to be left behind.

Dennis is the CEO of London-based company Judopay, which aims to put apps at the heart of payments. Judopay’s AppCommerce™ platform combines payments, fraud prevention and identity management for technology platforms and large brands globally. From launch partner of Apple Pay to developing the first mobile specific fraud prevention service in 2013, Judopay are pioneers in eliminating the card terminal. Prior to leading Judopay, Dennis founded two small companies in the retail and med-tech industries. He started his career with GE Capital and Bain & Company.