Acquiring paid users for your app should be straightforward, right? That is until you enter the maze of mobile performance advertising, filled with an overload of acronyms and numerous potential platforms to work with. But before you throw your hands ... 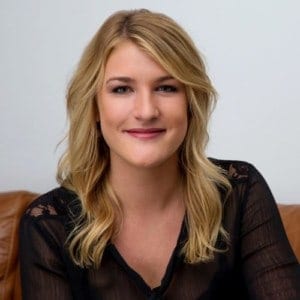 Acquiring paid users for your app should be straightforward, right? That is until you enter the maze of mobile performance advertising, filled with an overload of acronyms and numerous potential platforms to work with. But before you throw your hands in the air and settle for the usual suspects, such as Facebook and Google, we want to give you a little guidance through the realm of Cost-Per-Install (CPI) acquisition.

CPI is a performance model – meaning that you only pay once a user has; 1) seen an ad, 2) clicked on it, 3) been directed to the App Store/Google Play Store, 4) downloaded your app, and, 5) opened it on their smartphone or tablet.

There are various models that only target one of these steps; for instance CPM charges for users seeing your ad; known as the number of ‘impressions’. This model does have its strengths; the sheer volume of people that will see the ad (even sub-consciously), means it’s popular for those looking to boost brand awareness. Plus there’s a significant amount of traffic that you can only target on a CPM basis. On the other hand, it’s often risky for the inexperienced, because without proper (optimised) ad creatives and precise targeting, users are unlikely to install your app.

Cost-per-click (CPC) takes things a step further and reduces the risk of underperforming creatives and bad targeting, as you only pay once a user clicks on the ad. The danger here is that you still have to convert the user fully, so a strong landing/app store page is of the essence. Also, if you have a ‘heavy’ app (generally considered 100MB or more), your potential user may click on the banner while they are using a limited data plan or connected to poor Wi-Fi. As they quickly become frustrated with the slow download speed or concerned about it eating into their monthly data, they may simply give up on the app before they’ve even opened it.

CPI resolves many of these issues and decreases your overall risk. So how do you get started? Let’s cover a few tips to help you maximise your CPI strategy.

There is no point in paying $3.00 to acquire a user that will bring you only $2.50 in revenue. So before diving into any kind of paid user acquisition – you should calculate the Lifetime Value (LTV) of your customer. At the simplest end of the scale, consider how much you expect them to spend in your app (monetisation), how long they may actively use it for (retention) and what are the chances of them recommending it to friends (virality). There are a bunch of in-depth articles offering precise equations to calculate these figures, such as Smart App Marketer’s one. Once you have reasonable estimates for the LTV of your users, you can use these to set your user acquisition (UA) objectives at a later stage.

As you start tracking user activity inside your app, you will amass a plethora of exciting information – that most managers have no idea what to do with. So when developing your UA strategy, begin by understanding your user flow. What actions should users be undertaking when they first open the app? Should they watch a demo, play until Level Two or book their first car-sharing ride? At the same time, consider how often you expect users to return to the app. For instance, a weather app can expect to have a much larger share of their users returning daily than say, a photo app with Christmas-themed filters. Recognising where your user’s ‘magic threshold’ is (the point at which they’re hooked) and how often they should be using the app, is essential for setting realistic in-app engagement and retention KPIs.

If you haven’t already selected an ad attribution partner to track your paid installs, now’s the moment to jump to it. An attribution partner allows you to find out how each of your advertising sources is performing according to your KPIs.The most widely recognized platforms are TUNE, Appsflyer and Adjust, although many other players such as Localytics offer similar services. Next, you will have to integrate an SDK; essentially a segment of code that allows the partner to track your performance and allows you to start analysing the performance of your paid installs in more depth. A key word at this stage is cohorts; which are segmented groups of users with similar characteristics, such as time of install or customer lifespan. These homogeneous groups help you to create a baseline for comparison, when, for instance, you want to determine the effects of your latest marketing campaign.

Deciding which advertising platform to work with may be a daunting decision, but there are a few things you should consider. First up, are you happy to manage the campaigns yourself, or would you like an account manager to optimise the performance for you?

There are popular self-managed options, such as Facebook App Install campaigns, Google’s Universal App Campaigns, and Twitter App Install Ads. Yet without a user acquisition manager to guide you through these platforms, it’s worth thinking deeply about your targeting and ad creatives. You can tackle the former by taking your user profiles (any concrete info you have about their gender, age, and language capabilities) and brainstorming targeting additions to this plan of attack (such as their interests and events that they attend).

Then you can address ad creatives by starting with Google’s Universal App Campaigns. Use these text campaigns to split-test a few message variants, with each campaign centered around a different unique selling proposition. Once you have optimised your messages and identified a couple with high click-through rates (CTR) that seem to resonate with your target audience, you can move onto creating full ads. For this, it’s best to hire a designer (or at least someone from Upwork with experience on your preferred platform) to whip you up some creatives.

If you would prefer to start with fully-managed campaigns, then consider an advertising platform (preferably with their own programmatic buying technology) or a premium network, that leverages app developers who want to monetise by placing ads in their apps (commonly referred to as affiliates or publishers). Check out TUNE’s Certified Partners for a list of some of the most recognised and trustworthy players around.

Alongside this, which countries do you want to focus on? Especially when venturing into uncharted territory, do some research on which platforms are performing the best. For instance, Facebook is not a major player in some countries such as Russia, where Vkontakte is the main social network. It’s not even allowed in China, where WeChat, Tencent’s WhatsApp competitor, has 650 million active users. So if you’re working with an agency or network, ensure it’s one that has expertise in your geo of choice. They are likely to provide you with insights that others will not.

4. Prevention is the best cure

Our friends at Association of National Advertisers, or ANA for short, determined that fraudulent traffic will waste a mammoth $7.2 billion of advertising budgets this year alone. So as you can imagine, fraud prevention is a rather hot topic at present.

What can you do to avoid it? Well, as a considerable portion of fraud stems from impressions and clicks generated by bots, buying on CPI is already a step towards safety. Plus attribution providers have begun to invest significantly more in fraud prevention tools, for instance, Adjust now instantly verifies in-app purchases by cross-checking the transaction with the App Store/Google Play Store.

Beyond fraudulent traffic, you should also be aware of the quality of the users you’re acquiring. Remember the user flow you analysed earlier? Well, now it’s time to turn those insights into KPIs. If you’re working with a self-serve platform, set performance metrics in your tracking platform to monitor in-app activity. With a fully-managed campaign, define your in-app engagement and retention requirements with your account manager prior to launching the campaign. A final note; although you may be tempted to set your standards as high as possible, recognise that this will reduce the volume of installs. Continue to test your KPIs until you find an equilibrium between these trade-offs.

5. Patience is a virtue

Despite having the best targeting and ad creatives in the world, it will still take some time for your campaign to reach its full potential. If you’re looking to extend your reach, don’t shy away from diversification – TUNE found that advertisers who drove the most installs worked with anywhere between 11-15 ad platforms per campaign. Aside from testing numerous platforms, give your account managers time to optimise your ads’ performance. You will only reap the rewards once a certain number of installs and in-app activity reveals what really works in your CPI strategy.

Ella Cullen is the Marketing Manager of IconPeak, a mobile advertising platform based in Berlin. During her two years at the company, she has seen it ranked as one of the top three performance marketing agencies in Europe by the EPMA and named one of the top ten Fastest Growing Companies in Germany by TNW. As specialists in user acquisition and pioneers in ad optimization technology, IconPeak is one of only 18 TUNE Certified Partners globally and continues to shape best practices in the ad tech industry.