Digital publishers have their work cut out for them when it comes to the distributed content model. The massive adoption of tools like Facebook Instant Articles, Google AMP and Medium, means that publishers don’t have much choice but to ... 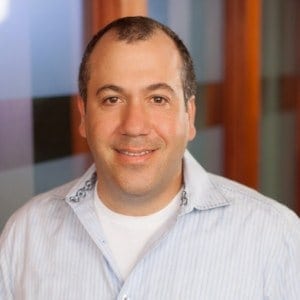 Digital publishers have their work cut out for them when it comes to the distributed content model. The massive adoption of tools like Facebook Instant Articles, Google AMP and Medium, means that publishers don’t have much choice but to dive in, yet doing so may be hurting their business.

While in theory Facebook offers lots of cool new tools for publishers like the ability to share videos through Facebook Live and the ability to sell ads on Instant Articles, the reality is that there’s no way to know just how committed Facebook will be to publishers.

Social networks offer very limited ways to monetise content and very little when it comes to data. Although distributed networks give publishers exposure, they also cause publishers to lose grip of their audience, because the data lives in walled gardens on these platforms. While publishers are experimenting with new distribution platforms, they need to ensure that they’re not ceding complete control of their audience (and their resulting monetisation) in the process.

Unfortunately, many publishers are jumping on the bandwagon of distributed content without having a plan of attack. While social isn’t a bad place to help build brand exposure, these networks have failed to prove that publishers can form real long-term relationships. This is because collecting first-party data instead of having to rely on third-party data is crucial for publishers to build a relationship with their audience.

The distributed content model and the algorithms that go with them stand in the way of publishers’ profits, plain and simple. Publishers shouldn’t be fooled by the allure of a trending social network. While there is a place for partnerships with social companies, publishers must work to make sure that their internal goals are met and that they aren’t forming allegiances at the expense of audience building.

While many publishers are experimenting with subscription revenue, events, and even e-commerce offerings, they will only be able to make these meaningful streams of revenue if they have first-party customer data. Convincing consumers that are already on your list to convert is much easier than random people whose name is on a list acquired from a third-party. These are people who have likely engaged with your content, they are familiar with your brand, and when it comes time to sign up for an event or pay for premium content or subscriptions, they’ll be the first in line.

Email is becoming intrinsic to digital publishers today because of its ability to connect with readers directly. When publishers collect email addresses, they collect first-party data instead of having to rely on third-party data. Regularly appearing in your audience’s inboxes with relevant content makes it much easier to collect that first-party data and build a long-term relationship with the audience.

Once your audience is engaged, it’s easier to turn them into e-commerce purchasers, paid subscribers or event attendees than it would be for someone who’s just stopping by because they saw you on Facebook. Getting to know their own audience without someone else’s algorithm in the way gives publishers the power to segment and monetise that audience, whether it’s by driving them to purchase, running display ads within email, or pushing native advertising to them. The possibilities are endless, and the necessary data lives in-house and belongs to the publisher.

Publishers will understand who is clicking on which kinds of content and then target content based on interest. This data grows over time, giving them a deep understanding of their audiences on an individual level. This kind of data is impossible to know on a distributed network where data is fleeting.

What might save publishers is not whatever’s sexy at the moment; it is the ability to build their own first-party databases, and there is no better way to do this than to use email. First-party data is the only way to truly get to know your audience and create a lasting, ongoing relationship that will still be going beyond the latest social fad.

Tony D’Anna is chief executive officer of PostUp, a digital and email-marketing solution company based in Austin, Texas. Tony has led the PostUp and UnsubCentral businesses since 2008.