Smartphone users are now spending 80% of their time on their top five mobile apps, and we know that they are three times more likely to convert in app rather than on the mobile web. Apps have become the most ... 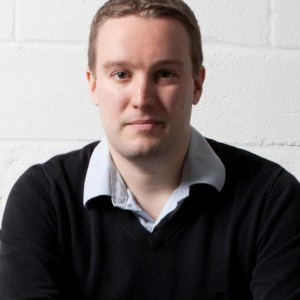 Smartphone users are now spending 80% of their time on their top five mobile apps, and we know that they are three times more likely to convert in app rather than on the mobile web. Apps have become the most loyal, high-value consumer platform and a critical part of any digital commerce businesses.

Consumers engage with their smartphones thousands of times every day. Being part of this valuable real estate on a user’s device can potentially give a brand a share of the engagement time, and can have a big impact on the likelihood of buying a product or service.

The number of advertisers focusing on mobile is growing and as a result of this increased competition, media costs are rising. It’s a simple game of supply and demand, and as the need for quality mobile users increases, the media inventory that can engage with these users is struggling to keep up.

Fiksu’s indexes show that the cost per engaged user varies a lot, but there is an underlying upward trend as effective mobile media inventory becomes more expensive. Fiksu’s cost per loyal user has increased by around 25% year on year, up to $3.21 for March 2016.

While this may be a relatively simple supply and demand mechanic at an industry level, when broken down there are more complex relationships in place. By using these to your advantage, it’s possible to avoid the seemingly inevitable increase in mobile media cost.

Seasonality has a significant effect on CPC rates, and campaign scheduling and flighting is a vital lever to use to make the most of fluctuating media costs. Mobile user behaviour changes as consumers go about their daily lives and by focusing advertising to a user at a time we know they are most likely to engage, it’s possible to greatly improve the effective cost per engagement.

In some key months such as August or December, CPC rates are, on average, 40% higher than in other months. Conversely, in March or October, where we see decreased engagement, rates can be around 45% lower than average.

Retail, gaming and other key categories are extremely keen to focus on December for users who get new devices, and for key sales periods. This causes a dramatic increase in competition in these markets, leading to as much as 40% higher media cost.

Categories such as travel and entertainment are keen to focus on holidays during August, which leads to price spikes in the summer months.

It is an important trade-off for brands to determine if they want to follow traditional business trends and compete in these expensive time periods, or if they are prepared to break from their traditionally strong sectors to focus on seasons when media is comparatively cheaper and media dollars go further.

It’s also possible to see the same seasonality take effect on a daily basis, with Friday and Saturday being the most expensive when it comes to CPC rates. This is primarily driven by entertainment and gaming sectors where weekend activity is key to acquire new ROI positive users. Mobile usage typically increases over the weekend too, and users acquired on Friday and Saturday tend to have higher seven-day retention.

Again it’s important to weigh the trade-off of high-value users against the relatively higher acquisition cost seen on these days.

Acquiring a user on a comparatively weaker retention day at a cheaper rate may be beneficial, especially if this can be tied to a well-designed and implemented re-engagement campaign to improve user retention and conversion.

If we look at changing CPC by media type, unsurprisingly we see that those sources with higher user value tend to attract a higher media cost. Retention rates can vary dramatically by media source. For instance, 14-day retention of an install on a social native advertising format can be between 20-25%, while traditional digital media formats will frequently show retention rates in single digits.

As the buying practice in the industry grows in sophistication, we see media costs in channels which drive high-value users continue to increase. In the meantime, the media sources driving lower-value users see prices stagnating as the demand for these media doesn’t experience the same increases.

As mobile advertising is an audience-driven medium rather than a publisher-driven one, it’s relatively difficult to index CPC rates over time. High-quality audiences continue to be valuable and the exchange-buying methods represent this value in their cost. The lower cost option can be a convenient and effective strategy for certain types of businesses, but the important thing to remember is that efficient user engagement and response rarely comes from finding the cheapest media.

There are some very effective and cost-efficient media available in mobile, but it’s often better to pay higher CPC rates to engage with users who hold more long-term value to the brand.

Head of data and operations at Fetch, Dan has over 10 years of experience in digital measurement and audience analytics, across specialist and full service agencies. At Fetch, Dan leads operations and data globally across all clients, providing insight, analysis and reporting across the agency’s client base.