Why the Appetite for Customised Approaches to Programmatic Advertising Is Growing

Programmatic advertising is one of the most rapidly developing corners of the internet. Not a week goes by without a vendor bringing a new automated solution to the market. But, as the tools of the trade become more sophisticated, so ... 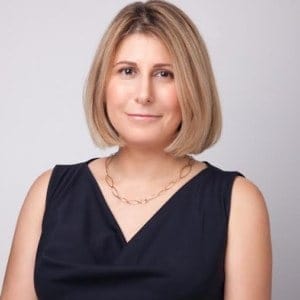 Programmatic advertising is one of the most rapidly developing corners of the internet. Not a week goes by without a vendor bringing a new automated solution to the market. But, as the tools of the trade become more sophisticated, so too do the demands of the marketers using them. And what the most advanced now crave is customisation.

The last few years have seen us reach critical mass in the adoption of programmatic advertising. By the end of 2016, eMarketer estimates that programmatic solutions will make up 70% of total digital display ad spending in the UK, at an estimated value of £2.5 billion.

This growth is being fuelled predominantly by mobile, which is expected to account for 58.7% of programmatic spending this year – a figure that will only rise higher in the future. What’s driving this uptake? Growing sophistication of the programmatic solutions on offer, as well as a greater sense of ease with these technologies among the marketers using them.

Traditionally, the largest retargeters have specialised in ready-made approaches to performance advertising. They promise advertisers a certain level of performance without offering any scope for customising the building blocks of a campaign. But as marketers become more familiar with the intricacies of programmatic approaches, the logical next step is to demand tailored solutions.

We’re already seeing this appetite grow, even if there is still some way to go for most. Currently, 65% of brand marketers feel they are, at best, “getting there” with the execution of programmatic campaigns. Among the biggest challenges cited as holding them back are the complexity of the ecosystem (48%), lack of transparency (33%) and lack of understanding (25%).

But looking at myThings’ own customer base, we see early adopters are not only getting there, they’ve already arrived. And by the end of next year, our internal projections suggest this growing savviness among marketers will result in over half of them reaching a stage where they’re looking for something more than an off-the-shelf answer to their programmatic needs.

What does fully tailored programmatic look like? For a start, it will be built using algorithms that have been trained on the advertiser’s own first-party data and understand their internal segmentation logic. The first-party data means we have a much fuller image of each user across all devices.

And mapping the advertiser’s own sales funnel and segmentation logic onto their campaign makes it easier to group these users into the correct stage of the user journey. In this way, the algorithms will have a much clearer sense of which opportunities to bid on and how valuable they are – not just in general terms, but in those specific to the advertiser in question.

Additionally, the design of creative should fit with the brand’s own tone and style, while messaging should also be fully customised on a per-advertiser basis. This may seem obvious, but it’s surprising how much of the programmatic space is still made up of creative that’s been built using templates.

By syncing across app trackers and mobile engagement platforms, it will be possible to ensure that programmatic ad campaigns are fully aligned with other channels such as notifications, email and in-app messages, so that end users receive a fully unified experience.

Beyond a greater appreciation of the efficiencies, flexibility and power of programmatic, what’s prompting this change of outlook among advertisers? One key factor in this increasing appetite for customised solutions is undoubtedly the rise to prominence of mobile.

Advertising technologies have advanced alongside the web and the road to progress was, often times, not a straight one. What started as a grid ended a sprawl. The consequence of this confusion puts one in mind of those great European cities; their form today being the result of thousands of years of building on top of them.

By contrast, the mobile ecosystem is much more logical and rational – for now at least – like the cities of North America, built from the ground up in an era of carefully controlled urban planning, although this leads to problems of its own. It’s data-rich, incredibly so.

Of course, customisation of programmatic is, like the technology itself, reliant on the quality and quantity of that available data. Mobile-first advertisers and those moving to mobile platforms from the web have been spoiled rotten by the sheer amount of available high-quality insights into how their customers operate.

All that’s required is to plug in with a tracking partner. From the moment it’s installed to the time it’s deleted, you can see every single action a user carries out in your app. With this level of granularity being the norm, is it really a surprise that advertisers are beginning to demand the same from their programmatic campaigns?