How to Strike the Right Balance in Your Email Marketing Content

In recent months, consumer confidence levels plunged into negative territory with the GfK Consumer Confidence report recently stating that wider economic sentiment had fallen by 18 points from where it stood in March 2015. According to Joe Staton, head of ... 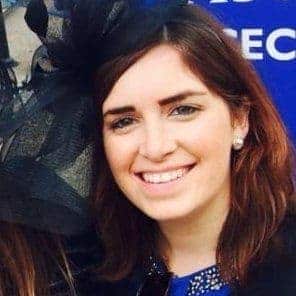 In recent months, consumer confidence levels plunged into negative territory with the GfK Consumer Confidence report recently stating that wider economic sentiment had fallen by 18 points from where it stood in March 2015.

According to Joe Staton, head of market dynamics at GfK, “interest rates and prices in the shops, concerns about Brexit and the ongoing Eurozone crisis appear to be hitting home.” In light of this current uncertainty, marketers need to be wary of simply ‘keeping the wheel turning’ when it comes to their marketing strategy.

It’s common practice for marketers to adapt campaigns and messaging to reflect audience emotions and temperament. Whether that’s marketing to sports fans after a major loss or communicating with consumers ahead of royal celebrations, everyday we’re exposed to messages that have been tweaked to reflect the current emotional state of the nation.

Whilst it’s natural that any marketing strategy will need to be localised around the cultural preferences of each demographic, research carried out by Mailjet throughout 2016 has dispelled assumptions marketers might have about how British consumers like to be approached by brands.

The quirks of marketing to Brits

Using its database of over 15,000 respondents across European and US markets, Mailjet tested the impact of brands using unconventional email subject lines against open rates. The research uncovered that Brits are the most likely to respond to the use of emojis (63%) and NSFW celebrity gossip (78%) in the content brands share with them. However, this response is certainly not characteristic of other regions, with open rates actually dropping by 11% among French recipients with the use of emojis for example.

Marketers should use this insight to develop content that will resonate with local audiences. It’s not just about throwing in the odd risqué word or including an emoji into an email, it’s the context that really matters. For Brits, email open rates almost doubled when the choice of emoji juxtaposed the tone of the email subject line to indicate sarcasm. In the instance of using a joy emoji to accompany the subject line “Do your emails look this good?” open rates surged by as much as 95%.

Is it ever ok to swear?

Marketers shouldn’t play it safe and rule out using colourful language. By carefully selecting marketing friendly swear words, instead of causing offense or embarrassment, it can lead to clicks and ultimately better connections. For example, old fashioned exclamations such as ‘Gordon Bennet’ can produce as much as a 29% boost in open rates among Brits. What’s clear is that the UK market is resilient and responsive to tongue in cheek marketing content.

In contrast, across the pond recipients appear to be more easily offended, with open rates falling by 30% compared to average open rates when swear words are used. One US recipient issued a formal complaint against the inclusion of ‘cock-up’ in the subject line, arguing that it is inappropriate and caused offence.

It may sound simple, but there is a serious lack of education surrounding email security. The fact that almost 70% of us do not see emails as a threat to computer security is staggering given that one in ten of us admit to opening an email that explicitly says it contains nudity. Indeed, almost two in 10 (19%) of us admitted to knowingly opening an email that may contain images of an attractive man or woman.

Email hacking can be extremely dangerous, and more advanced and specific attacks are likely going to be used to target weaknesses in IT infrastructure. In planning any email marketing campaign, marketers must consider the implications of desensitising audiences to less formal engagements. It’s crucial to build trust and establish expectations first – small steps are the key to keeping your audience subscribed and your emails out of the spam filter!

Striking the right balance for your audience

By getting creative with language in subject lines, or being sarcastic with emojis, marketers have the opportunity to reach much wider audiences through their email marketing efforts. However, caution should be applied to this approach: only include colourful language if you know your audience well and if it directly relates to the content within the email. Otherwise you run the risk of decreasing clicks, alienating your audience and potentially ringing the spam alarm.