Is Facebook and In-Ad Video a Return to ‘Move Fast and Break Things’?

From the outside, it appears that Facebook is approaching video with an uncharacteristic lack of control. With reports of paying for content, endless tweaking of back-end metrics and unusually spun-out branding for both Live and 360 video, it looks like ... 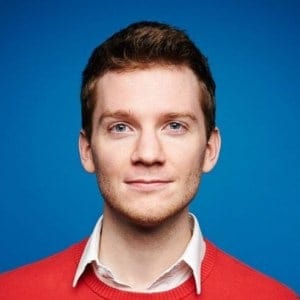 From the outside, it appears that Facebook is approaching video with an uncharacteristic lack of control. With reports of paying for content, endless tweaking of back-end metrics and unusually spun-out branding for both Live and 360 video, it looks like everything is being thrown in video’s direction. Could this be a return to ‘Move Fast and Break Things’?

Facebook unveiled its 10-year road map in April, confirming video as one of the key products to focus on in the immediate future. In recent months it has become clear that the urgency is real, as Zuckerberg’s company rushes to secure a strong pole position on the emerging live space.

In doing so, it skirmishes against the real-time advantages of rival services YouTube, Twitter and Snapchat by leveraging its platform and massive scale – and like these companies, it is searching hard for the commercial model that squares surging demand and smart advertising. It’s easy to see how this relatively old-school format might well-suit Facebook, who it must be said have never been shy about claiming comparisons to TV. Meanwhile the company’s ownership of Oculus, and partnership with Samsung’s Gear, lurks in the background as a medium that still holds much promise for the future.

Yet Facebook has never before had commercial breaks (although it’s not the first – Twitch beat them to it). If we’re talking about inserting them into this type of content, it feels like the main challenge from both a comms and a technological standpoint will be detecting when the best moment for these ads will be – it’s not like television where there is structure around ‘going to commercials’, even when recordings are live. How, for instance, should Facebook handle live recordings of a political speech, or festivals, or even a natural disaster? Publishers can disable ads but it’s easy to imagine people forgetting to in the moment. Fifteen seconds can be a long time to wait, in the wrong context – and no brand wants to surrender control of its context either.

Content wise, Live is also unpredictable – in terms of the structure of and what will happen within any given broadcast, and, more broadly, in terms of what live video will actually become to be at all. Facebook can yet take advantage of this, however: through a meta or tagging function, or possibly even AI, Facebook could automatically identify content as fitting into particular categories, and then sell those categories. Sports brands might be a lot more amenable, for example, about buying against all football content – whether a kick-around in a park, or the World Cup Final.

Lastly, there’s the question of how Facebook, as a global company, will acknowledge the wide variety of attitudes toward broadcast advertising. Americans might find commercial breaks the norm, with an hour of programming containing up to 18 minutes of adverts – but other markets might baulk at this. Germany controls advertising very tightly and caps to 12 minutes per hour maximum. France allows nine minutes per hour, and the average UK viewer sees an average of just seven minutes per hour. In Asia, markets are more similar to America’s profile at around 15 minutes per hour, but for example China (albeit not yet a Facebook market) is state-controlled and South Korea allows no interruptive advertising during programming at all.

On the other hand, effectively inventing a new format gives Facebook a chance to write the rules. Consumers may think they dislike ads (that’s another conversation), but they definitely hate change – Facebook would probably never be able to impose this ad format onto their existing video product. It may prove that they do it so effectively, and advertisers rise to the challenge with sufficient skill, that users don’t find any cause for complaint. Perhaps.

Ultimately, though, this latest foray may or may not be the path Facebook eventually go down. The network has a history of trying things out just to see what happens, and killing unsuccessful ventures. The difference this time is that video is simply not a battle Zuckerberg can afford to lose – but for the time being, a prototype ad format keeps Facebook firmly in contention.

Phillip is Strategy Director at iProspect, a business performance agency. With an experience of marketing spanning from PR to DR, his role is to figure out what’s happening now, what will happen next, and what this means for brands. In digital this typically means solving hard problems, quickly.