Could Verizon Limber Up Against Facebook and Google in Ad Tech?

Juan Margenat, COO of Marfeel, weighs in his perspective on the Verizon - Yahoo acquisition, and where the former's intentions now lie.  Earlier this week it was announced that Verizon acquired Yahoo for $4.8 billion, with the company only ... 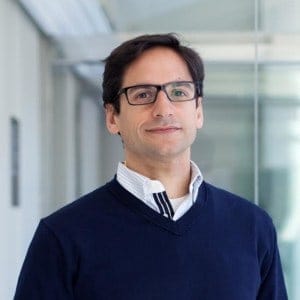 Juan Margenat, COO of Marfeel, weighs in his perspective on the Verizon – Yahoo acquisition, and where the former’s intentions now lie.

Earlier this week it was announced that Verizon acquired Yahoo for $4.8 billion, with the company only having last year bought AOL for a similar price tag of $4.4 billion.

These high-profile purchases for what many have considered internet giants beyond their day have left us wondering just where Verizon is directing its course, what technology or capabilities it’s planning to utilise, and which elements it’s planning to drop.

Verizon, just like any other carrier, has a lot of information about its customers; maybe even more than these internet incumbents. What they lack, however, is the knowledge of what to do with that information, as well as sufficient ad inventory to put it to good use.

However, by correctly leveraging Yahoo’s acquisition along with AOL, Verizon is able to kill two birds with one stone. Yahoo has hundreds of millions of monthly users and has been a pioneer of the internet, with digital ingrained into its DNA.
There is speculation that these deals were orchestrated to transform Verizon from just a carrier to a media platform, and that the deal was to help Verizon gain leverage in competing with Facebook and Google in mobile video.

With the latest acquisition, Verizon will own the array of Yahoo services, including search, finance, news, sports, video – let’s also not forget Tumblr and Flickr – as well as their advertising technology, which can be used to compete for digital advertising revenue.

They already have the information about their users that will make their digital advertising that much more effective and targeted. Mobile video has become a huge component in Verizon’s strategy since younger customers have increasingly changed the way they consume content on smartphones, with video becoming an increasingly integral part of the mix.

Asked if Verizon was going to challenge Google and Facebook in regard to a market share in ad tech, Verizon’s CEO Lowell McAdam has said with confidence that the company plans on being a “significant player”.

“All we need to do is take more than our fair share of the growth of the market and this will be a success for us. And we certainly expect to do better than that,” said McAdam.

On the other hand, John Legere, CEO of rival firm T-Mobile, remains unsurprisingly skeptical about the deal, noting that going up against Google and Facebook may be a bit too ambitious.

“It becomes clear that they see customers as units of advertising revenue,” Legere told USA Today; “They’re going into that game against the most powerful companies, Facebook and Google. I think it’s going to be a slippery slope for them.”

As we all watch this deal go through, time will only tell if the acquisition will prove to be profitable, or a zero sum game.