Tom Rickey, director of marketing at Ve Interactive, gives his breakdown of the best and the worst of 2016 so far With still a lot left to remain of 2016 there is a great deal to report on from the ... 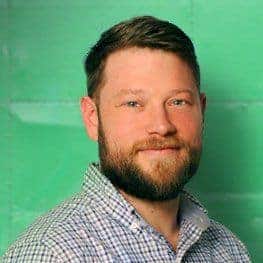 Tom Rickey, director of marketing at Ve Interactive, gives his breakdown of the best and the worst of 2016 so far

With still a lot left to remain of 2016 there is a great deal to report on from the digital industry. As Q3 gets well underway, it’s the ideal time to look back over the key digital milestones of the year so far – both highs and lows.

E-commerce has continued to grow in 2016, with the online customer experience now more important than ever. Data published by the Office for National statistics illustrates an increase of 10.4% in Q1 online retail sales compared with the same period in 2015.

Another positive sign was that the average weekly spend online was £963.8 million in May 2016, an increase of 21.5% compared with May 2015, and a staggering increase of over £100 million in the value of weekly online shopping since January 2016 alone. If these trends continue then weekly online spending should break the £1 billion per week mark by the end of the year.

M-commerce on the rise

Mobile commerce has long been touted as the next big thing in retail and now the data is finally starting to back this up. The number of people making a purchase on their tablet or smartphone in the UK grew by 13% in Q1 2016 compared to the same period last year. This percentage equates to 32.3 million people – more than half the UK population – who have used m-commerce platforms in the UK in the past twelve months.

With the volume and value of sales set to increase on smartphones and tablets even further, it is vital that retailers’ websites are optimised for mobile and tablet devices to ensure the shopping experience is just as seamless as on desktop.

Social media advertising has made significant headway in 2016 following years of scepticism. A study compiled by Social Fresh in March 2016 reports that 61% of marketers plan to use Facebook at least once a month for advertising purposes, followed by Twitter and Instagram respectively. Instagram looks set for significant growth as almost 30% of marketers polled said they were planning to invest most in the platform over the next year. This is a huge success for Instagram as they only introduced advertising on its network less than a year ago.

According to the results of a study by Kantar Media and Collectiv, 79% of B2B marketers expect to purchase some of their digital advertising via programmatic exchanges in 2016, while 20% of those surveyed plan to spend 60% of their entire advertising budgets on this form of advertising.

April is the cruellest month

Traditionally April is a strong month for sales as the UK celebrates Easter and the weather starts to warm up. This year, however, e-commerce growth stuttered in April and only registered an 11% increase compared to the year before – the lowest monthly growth rate for 2016, which, according to a Capgemini analyst, can probably be put down to the British weather.

The adverse effects of the ad blockers

Opinion on ad blockers is well and truly split; some argue that they enhance the browsing experience, but others would argue that this it to the detriment of a free and open internet.

Recent updates implemented by the New York Times reiterate that advertising is a key source of revenue for journalism, as users were given the option of either disabling the software or paying for a subscription. Companies are becoming increasingly less tolerant of this kind of software and are finding more ways to circumvent it.

A study in the Telegraph suggests that ad blockers do more than simply block advertising and can in fact hinder the performance of a website, by disabling  retail order tracking pages and airline check-in screens. Some media outlets already notify users of the adverse effects but it may be time for more retailers to follow suit.

The end of Adobe Flash

Google announced recently that it would begin to phase out ad creatives built with Adobe Flash from its Chrome Browser, the policy is due to be in total effect by January 2017.

The coup de grâce for Flash was the amount of power that is required to run the software, especially now that more and more ads are now being loaded onto mobile platforms. In the light of this information, creative and tech teams will need to make the switch to HTML5 if they haven’t already.

Almost all industry leaders have opposed Brexit and the economic downturn has already begun. Although there are still many questions left unanswered, marketers have to hope that the next UK government will implement a plan that does not affect the digital, or indeed wider, economy in an adverse way.