Viewability, and more specifically 100% viewability, continues to dominate the headlines. But is it actually achievable and should it be the be-all and end-all when it comes to ad campaign metrics? The IAB guidelines state that a desktop display ad ... 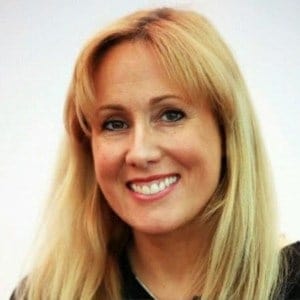 Viewability, and more specifically 100% viewability, continues to dominate the headlines. But is it actually achievable and should it be the be-all and end-all when it comes to ad campaign metrics?

The IAB guidelines state that a desktop display ad is counted as viewed if 50% of its pixels are in view for one second, or two seconds for video.

But many advertisers are asking if this goes far enough for us to determine whether a campaign is successful. Do we actually need to delve deeper and firstly ensure all views are authentic before arguing over the specifics of viewable pixels?

If we were to go into a supermarket and buy a packet of 24 wheat biscuits, we would expect for the box to contain all 24 servings. After purchasing, if we were told that there were only 18 in the box, we, as consumers, would be outraged. If we were then also told that 10 of the remaining 18 servings were not made of wheat but an artificial non-food product, there would be uproar in the food aisles.

This isn’t too dissimilar to what the digital advertising industry is currently experiencing in the battle against viewability and ad fraud.

If advertisers are sold 100,000 impressions, surely this should mean 100,000 users have seen the ad? When analysing campaign statistics, advertisers who find out only 80% of the inventory was viewable and then go on to discover that a further 30% of impressions were fraudulent, are unsurprisingly not impressed.

To start rectifying the problem, advertisers need to ask the right questions. For too long they have been asking: “Has my ad been seen? And for how long?”

Instad, they should ask the following three questions:

To date, viewability tech vendors only measure and answer questions one and three, and the question of “has a human seen my ad” is not a common one to come from advertisers.

This might be because it is assumed that a viewable impression refers to an ad actually being viewed by a human. This presumption is unfortunately unfounded and only recently have ad tech companies started to respond.

Last month, we announced the release of a new component to our viewability product, ‘Human Viewable %.’ This metric removes non-human activity from viewability statistics to give advertisers a true insight into which ads – that were deemed viewable – were actually seen by human eyeballs. This is a significant and essential metric, vital to renew confidence in ad spend across the digital advertising industry.

Working towards a solution

The ad tech industry as a whole must work to lay the foundations of a more transparent and fair digital advertising industry. It’s essential to clean the contaminated pool of inventory and ensure that fraudulent views are eliminated. This means they must be a priority to make viewable impressions fraud-free.

To ensure accurate and transparent campaign metrics, fraud must be eliminated from all reporting data prior to measuring viewability. By merging fraud and viewability measurement technologies, advertisers will be able to achieve a truly fraud-free approach to viewability.

Advertisers therefore need to arm themselves, firstly, with a full understanding of what defines fraud and what viewability really means. Secondly, they need to ensure agency partners have processes in place to guarantee ethical trading and a commitment to trading only fraud-free and viewable impressions. Finally, they need to test the vendors they use can deliver both protection and prevention, and transparently report on exactly where their ad was seen, who saw it, and how much of it was viewed.

Media buyers should make use of the growing number of tools available to monitor both viewability and fraud to renew their confidence in the success and strong performance of digital display advertising.

Julia Smith is director of communications at Forensiq, a leading fraud detection solution for the online advertising industry. Julia’s extensive market insight and understanding of the digital advertising value chain makes her an empathetic advisor across the board. She specialises in fraud prevention, brand safety, ethical trading, piracy, programmatic trading, ad operations, PR, sales training, motivational speaking, ad trading, and digital strategy. Julia is also board advisor at Intrinsic and General Manager of the Alliance and Founder of Digital Trading Consultancy Ltd. Her other clients have included whiteBULLET, Philip Lee Lawyers, Lexteq, Admonsters, and IFPI. Julia is also a partner in global consultancy, The 614 Group.