A recent study into the industry’s attitudes and approaches towards influencer marketing revealed a worrying lack of knowledge. Conducted by Takumi, a web platform that connects brands with relevant Instagram influencers for social media marketing campaigns, the survey questioned ... 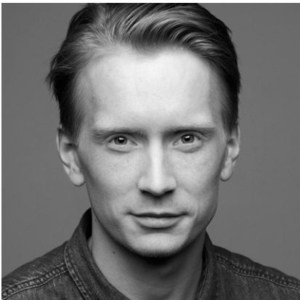 A recent study into the industry’s attitudes and approaches towards influencer marketing revealed a worrying lack of knowledge. Conducted by Takumi, a web platform that connects brands with relevant Instagram influencers for social media marketing campaigns, the survey questioned over 500 PRs, marketers and brands about best practice rules, payment methods and expectations. Here are some of the findings.

The traditional celebrity is dead, long live the influencer

The meteoric rise of social media influencers is not new but the study has shown just how significant they are to modern marketing practices. Influencers on Instagram have now overtaken traditional celebrities in popularity for brand campaigns, with 38% of industry professionals preferring to work with influencers compared to 23% who choose the likes of musicians and sports stars.

This demonstrates that we are now living in an era where musicians, models and sport-stars are being overlooked in favour of a group of Instagrammers with as little as 1,000 followers each. This new breed of tastemaker offers a level of engagement, authenticity and creativity that the individual superstars cannot match, despite their huge following and team of creatives behind them.

With platforms making the process of recruiting and working with Instagram influencers on-mass possible, this has opened new avenues of promotion for PRs, marketers and advertisers.

Despite this, it appears the ecosystem which supports influencer marketing has developed at a faster pace than the marketers and the regulators can keep up with. When quizzed, just 37% of PR and marketers fully adhere to the CAP code, the UK’s official code which provides guidelines on how to advertise and promote products to consumers.

Shockingly, the study revealed that 12% had no idea what the CAP code is at all, and of those that were familiar with the recommendations, over a third (34.7%) actively choose not to adhere to it due to a lack of understanding or a reluctance to be transparent about paid-for content. Brands need to get to grips with this practice to avoid their campaigns falling foul of the rules.

It pays to pay

Despite brands spending an average of £42,000 a year on influencer campaigns, industry insiders are failing to get the best for their brands. Our survey found that whilst 8 in 10 (82%) work with influencers in some capacity, 73% expect influencers to participate in a campaign without payment in lieu of free product or credit. This is a common mistake that brands make: payment to influencers to reward them for their work is vital for ensuring the best quality content.

A financial incentive should work in the same way as a creative director or photographer is remunerated for their time and efforts – it doesn’t just cover access to their network of dedicated followers but more importantly their work as artisans and masters of their craft.

One of the most powerful advantages of an influencer campaign is the wealth of relevant, high quality content that brands receive. Acquiring creative from influencers has significant advantages over brand agencies, designers, stock photo services and in-house teams not only in terms of time and budget. We’ve seen UGC content from our campaigns re-purposed for Facebook ads and resulting in a 200% uplift in click-through rate versus traditional stock imagery. This is because the photos have already gone through rigorous testing from people who are specialists in social engagement; the Instagram artists.

Traditional vs. the future

The traditional approach of recruiting a celebrity ambassador to lend their clout to a piece of marketing and broadcast that a pre-prepared message is becoming increasingly less important in the face of the more strategic and targeted influencer approach. By allowing them to deliver their perspective on a marketing message and relay it to their following, brands achieve fame and scale in an authentic manner and gain valuable content at the same time.

Analysis of 12 million posts from users identified a sweet spot of influence. These micro-influencers benefit from a sweet spot for likes and comments with a higher percentage of engagement. Those influencers with between 1,000-10,000 followers found that these ‘micro-influencers’ are the sweet spot for engagement (likes, comments). Those with over 100,000 followers have 1.7% engagement rate, whilst those with over a million followers (think Kim Kardashian, Taylor Swift) achieve even less at around a 0.1%. Considering the cost of a partnership with someone of this calibre, this doesn’t represent good value for money.

As this discipline continues to grow there are key learnings for all parties involved. Brands must accept that they need to pay these content creators for space on their feeds and their creative skills. Influencers must continue to only promote products that are relevant and interesting to their audiences. It is their selectiveness which acts as self-policing mechanic ensuring that users don’t become frustrated with inauthentic, sponsored posts. And consumers need to trust that who they follow will only partner with brands relevant to them, knowing that payment will more often than not facilitate higher quality content and reward the content creators for their hard work so they can continue to do what they love.

If these rules of engagement are adhered to, then the future of influencer marketing could be very bright.