Adapting Facebook Advertising for the News Feed of Tomorrow

We never imagined this problem when Facebook launched its news feed; too much content for users to possibly consume, despite logging in 14 times per day and session durations averaging 20 minutes.  With more content than most users can handle ... 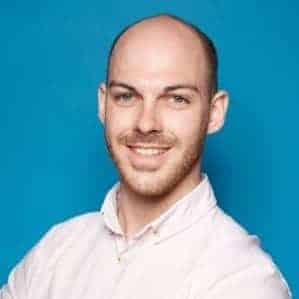 We never imagined this problem when Facebook launched its news feed; too much content for users to possibly consume, despite logging in 14 times per day and session durations averaging 20 minutes.

With more content than most users can handle, Facebook just announced its most user-focused news feed algorithm change to date: prioritising posts from friends and family over those from brands. On first impression, it’s not great news for brands.

Facebook’s latest news feed update echoes sentiments of multiple Facebook announcements over the past 12 months; the Facebook community has spoken, and they believe a news feed should be less ‘clickbait’-focused, more informative and more entertaining.

When thinking of Facebook news feed, many will remember the organic reach crash of 2012, as Facebook reduced brand page reach in the news feed if posts were not supported with ad spend. Further change started in June 2015 though, after overreliance on web clicks in the Facebook algorithm resulted in a spate of ‘clickbait’. Users increasingly began to hide news feed content and report publisher pages as spam, after experiencing articles that overpromised, and were deemed to provide little value after clicking. In response, web clicks were lowered in Facebook’s algorithm priority as a success metric, in favour of time spent viewing a post.

Now, in July 2016, deprioritisation of brand posts as well as web clicks means advertisers and brands are advised to re-test and reconsider how well each post format performs for them (text posts, photo posts, video posts etc.), as well as the cost efficiency of each. A focus on strong editorial and video content is important, due to Facebook’s increasing focus on dwell time and engagement.

Note that existing post formats themselves are not changing, so web visit rates and other off-site metrics from these should see little impact from the change when compared to reach and impressions of web-driving posts. The challenge instead will be to continue reaching audiences at scale in a cost-effective manner, as a diminished inventory always means higher CPMs.

Brands working closely with Facebook will be familiar with the recommended ‘Fewer; Bigger; Better’ approach to social content, which remains true amid these changes, and has been reflected in the most recent ad format releases. Facebook Carousels and Canvas ads in particular encourage prolonged dwell times with multiple opportunities for interaction, beyond the classic Likes, Comments and Shares. These formats instead lead the user through a series of images and videos. While off-site links are possible throughout, it can’t be ignored that this positions Facebook differently, with users able to explore, browse and shop without leaving the platform itself. This is similar to the introduction of organic instant articles for publishers, which interrupted a web-driving trend in favour of news feed dwell time.

With fewer brand posts appearing in the feed, it makes sense for brands to focus their efforts on creating fewer, more complex ads such as canvas. If only one of a brand’s ads will be seen, it makes sense to make it one that provides the best user experience, while generating uplift for both brand and performance metrics. New attribution methods will be required soon to understand where customers spend time and buy products, across the marketing mix. Publisher web traffic is also likely to decline due to an increasing amount of activity taking place within the platform, as Facebook takes on more of the appearance of a publisher itself.

Over the coming weeks, advertisers should pay close attention to reach and CPM, and take time to adapt their creative approach for fewer ad impressions. Placement delivery should also be monitored however; let’s not forget that Facebook recently amended its advertising interface to include Instagram as a default ‘Facebook ad placement’. As marketers are distracted by what this means for advertising on Facebook, be wary that Instagram may be in for a quiet win. With a notably silent Instagram for Business blog alongside Facebook’s announcement, it would be no surprise to see more ads appearing on Instagram as a direct result.