Predicting Viewability: What Are the Factors that Matter?

“But, say you, there is nothing easier than for me to imagine trees, for instance, in a park [...] and nobody by to perceive them [...] The objects of sense exist only when they are perceived […]” George Berkeley, 1710 The lesser-known origin ... 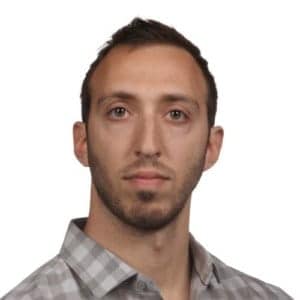 “But, say you, there is nothing easier than for me to imagine trees, for instance, in a park […] and nobody by to perceive them […] The objects of sense exist only when they are perceived […]” George Berkeley, 1710

The lesser-known origin of the question “if a tree falls…” is an existential conundrum today’s digital marketers are all too familiar with. Swap the trees for ads and we have the current debate of whether marketers should pay for ads that nobody sees.

Traditionally, publishers have charged marketers according to the number of impressions delivered, but this system offers no guarantee ads will be perceived. For example, an ad is still considered ‘delivered’ if it loads in a browser window the intended viewer is not currently using. Even if an ad is ‘in view’ at some moment in time, an impatient user may scroll over it too quickly or skip video ads too early.

It’s not surprising that marketers are losing patience with this model and looking for alternatives. One is to choose media platforms that offer higher viewability levels or 100% viewability buying options, as recently implemented by Google and Facebook. Another is to specifically target viewable inventory – an effort particularly prevalent in programmatic, where tech providers use a range of methods to determine how likely ads are to be seen, many of which rely on its page position. Yet users can easily scroll past ads in any position, including page headers.

So is it possible to accurately predict viewability and if so, what are the factors that matter? To answer this question, Sizmek conducted its own exploration into the realms of ad perception and what makes some impressions more equal than others.

What is classed as viewable?

The definition of viewability continues to baffle digital marketers. Currently, the industry is using guidelines set by the Internet Advertising Bureau (IAB) and Media Rating Council (MRC) last year, which stipulate that a desktop display ad is only viewable if 50% of its pixels are in view for one second, or two seconds for video.

To meet the demand for a mobile standard, the MRC also issued interim guidelines for mobile viewability specifying the same requirements.

One year on, it has announced its intention to make this benchmark permanent, though the debate isn’t over yet — a decision on whether ads on fast-scrolling mobile newsfeeds, such as Facebook, need a lower time limit of half a second is still pending.

Over four weeks, one billion impressions were served to the 100,000 highest traffic domains connected to Sizmek’s ad server, and the results were surprising — the majority of viewability rates across the domains hardly changed at all. Almost 65% of domain viewability rates were remarkably stable, fluctuating by a maximum of 0.1 standard deviation, with most remaining consistently below this level.

This means the variables marketers adjust to enhance pre-bid viewability — such as ad format, position or size — make little difference to whether ads are seen. The most reliable indicator of ad viewability is in fact the historical performance of the domain it is served to, and not consumer behaviour as previously thought.

Publishers that had worked to meet the demands for higher viewability standards by reconfiguring site layouts to give ads more prominent placements and ensure they displayed well on mobile devices had, over time, built up consistently high viewability rates. For those that combined optimised layouts with tailored and engaging content, the probability of strong viewability rates was even stronger.

Going against the established theory that labels viewability as unpredictable and subject to variations in the way individual users consume content, this finding shows there is a steady input that can be used to reliably anticipate viewability rates: recent history.

So does ad size still matter?

The research found that while marketers can take some measures to ensure the size and shape of their ads is suited to existing guidelines, there is no magic formula for the optimally viewable ad.

Smaller display ads are more likely to be seen in their entirety because they have fewer pixels — hence the MRC’s decision to lower the viewability standard to 30% for ads with over 242,500 pixels. Longer video ads, such as those placed in banners of 300×600 pixels, have a greater chance of meeting the two-second requirement, as it takes users more time to scroll past them.

The discovery that historical domain performance can determine how likely ads are to be seen has the potential to finally solve the viewability conundrum by creating a new, accurate basis for ad buying.

Marketers hoping to optimise viewability can choose to purchase inventory from high-performing sites and avoid those with low ratings, maximising budgets and ROI. Still in its infancy, this revolutionary concept is set to transform the accuracy and effectiveness of ad buying for marketers.