Predicting the Next Trends in Paid Social

Social platforms have undergone an incredible growth spurt in the three years I have been head of paid social media at iProspect, with many advertisers not adapting quickly enough to this ever-changing landscape. This evolution has been driven by the ... 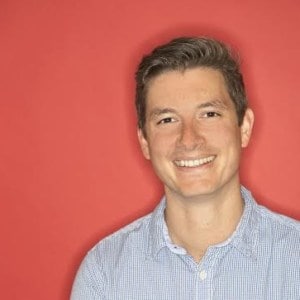 Social platforms have undergone an incredible growth spurt in the three years I have been head of paid social media at iProspect, with many advertisers not adapting quickly enough to this ever-changing landscape. This evolution has been driven by the need to monetise social platforms’ sizeable and heavily engaged user base, and it shows no sign of slowing down.

Gone are the days of fan acquisition or driving engagement, where advertisers competed to have the largest fan base and social media managers promoted comment competitions so they could report increasing engagement rates.

Now, social media advertising is highly complex and a mainstream media channel, with paid social strategists and traders required to help brands navigate this world and deliver optimum performance. This alone is the reason the iProspect paid social media team has grown from seven to 77 in the past three years.

But what’s next in the evolution of social? What should advertisers be thinking about when it comes to keeping pace with the social platforms?

In the US, Twitter signed a $10 million deal with the NFL to live stream 10 NFL games, whilst here in the UK BT Sport live streamed the UEFA Champions League Final through YouTube.

There are three reasons I believe the expansion of this to be inevitable in 2017. Firstly, all studies around media consumption indicate a decline in traditional TV viewership among the younger demographics, coupled with an increasing amount of time spent consuming video via mobile apps. A recent survey from Nielsen identified Facebook and YouTube as the two most popular smartphone apps of 2015, demonstrating that users are already comfortable with consuming large amounts of video content within mobile apps.

This trend has been further reinforced following the launch of Facebook live video to complement/compete with Twitter Periscope and Snapchat Live, with Facebook signing 140 media companies and celebrities to create videos on their live streaming service.

Secondly, Facebook’s Instant Articles is the blueprint for how the social platforms and publishers can benefit financially from this arrangement. By partnering with Facebook, publishers receive exposure within the newsfeed and can sell inventory through the Facebook Audience network as part of a revenue share model.

Finally, and most importantly, social platforms will provide advertisers with something traditional TV cannot – data. Lots and lots of data. Just look at what John Petter, chief executive of BT Consumer, said about their decision to stream the UEFA Champions League Final through YouTube: “We’re going to get a certain amount of cookie data and if we convert a portion then it will result in a certain lifetime yield. It’s an easy calculation”.

This data can be used to both retarget users to drive specific actions or to better understand who is watching your content. If you look at the functionality of Facebook’s live video and Twitter’s Periscope, publishers would be able to pin point moments in the video which resonate best or worst with consumers through the use of reactions, meaning decisions on future content would be based on large scale user feedback.

In the most part, advertisers have moved away from measuring social platform performance based on engagement metrics, focusing on the likes of CPM, reach and conversions depending on the objective of the campaign.

In recent months we have seen a wave of announcements from the social platforms about newly developed measurement solutions, which prompts advertisers to rethink how they measure social and video performance.

Facebook is leading the charge in this with several announcements; a partnership with Dunnhumby means FMCG brands can understand how ads impact in-store sales, whilst the recent advancement of the local awareness product will allow retailers to measure footfall to store.

As for the other platforms, Twitter expects its partnership with DoubleClick will help e-commerce budget flow through the platform, Snapchat recently partnered with Nielsen and DoubleClick to provide better third-party measurement solutions and YouTube has updated its policy around brand effect measurement.

Following this, I would expect agencies to drive the adoption of the more advanced measurement frameworks rather than focusing on simple CPM or CPV.

In April, Facebook introduced bots for the messenger platform, a potentially significant development with consumers now able to interact with brands using its functionality.

Facebook’s testing of brands within the messenger is both an attempt to provide a user-friendly platform for customer service “live chat” but also an incredibly powerful user intent signal harvester. We have been linking social signals and search signals within our campaigns for a considerable amount of time, however, I would be the first to admit this is incredibly clunky; we are reliant on the user clicking on our Google PPC listing to capture the search query that brought them to our client’s site, thus having no visibility on the 99% of users who searched for the same keyword but didn’t visit our clients site.

With user’s Facebook and messenger accounts linked by a single log in, all the interactions with the messaging service can be utilised to further enrich targeting capability across the Facebook family of apps. Imagine a user communicating with one holiday provider using Facebook Messenger; it’s not too much of a stretch of the imagination to see the social networking platform feeding elements of this data into its algorithm to identify a consumer as in market. We know it already does this via its remarketing pixel.

My final thought on what advertisers need to focus on in 2017 is not a prediction but rather a challenge. Creative agencies and media agencies must be more closely aligned to deliver maximum value from social and video platforms. We cannot continue to see social assets being an afterthought when planning campaign creative; media agencies need to step up and better facilitate the creative process by providing more data and recommendations for how to succeed in this increasingly important space.

Stuart has been with iProspect for five and half years, initially leading the development of the SEO team before being promoted to head of paid social in September 2013. In his time as head of paid social/biddable activation he has defined the role of paid social for some of the world’s largest advertisers and built the largest, most experienced specialist team in the UK (60+ as of April 2016), overseeing the delivery of multi-market campaigns for brands such as Mondelez, Abercrombie & Fitch, VF Corporation, British Airways, adidas, and Microsoft.