Search for 2016: Understanding and Mastering SEO on All Devices

In its early years, SEO focused on achieving good rankings through keyword optimisation of landing pages and growing backlink architecture, which was often dubious in nature. Such practices set the bar in terms of technical optimisation of a page, while ... 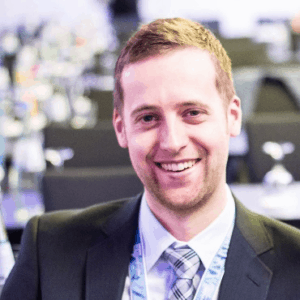 In its early years, SEO focused on achieving good rankings through keyword optimisation of landing pages and growing backlink architecture, which was often dubious in nature.

Such practices set the bar in terms of technical optimisation of a page, while user experience was merely a secondary concern. This was not necessarily malicious in nature; it was just a consequence of weaknesses in search engine algorithms which could be easily exploited.

Over the years, Google has become better and better at recognising manipulative SEO tactics and irrelevant content. One prominent example is unnatural link building, which was recently the target of the Penguin update. In another instance, content that presented spam-like characteristics was punished by the Panda update.

In addition to these, improvements in the area of machine learning in the form of Rank Brain (2015) and the foundation laid out by Hummingbird (2013) boosted the ability of the Google algorithm to identify relevant content and the user’s intention behind a query.

Based on these changes, the chances of successfully influencing Google’s ranking by tactical manipulative SEO have massively dropped or have been reduced to limited short-term success. One example is the lyrics website rapgenius.com, which was officially punished by Google due to numerous backlinks with identical, since artificially constructed, link copies. Consequently, the operators admitted their misconduct and apologised.

Back in May 2015, Google announced that the US searches through mobile devices are outpacing those on desktops. Challenges and opportunities unveiled by the ‘mobile shift’ still remain pivotal to online marketers and SEOs. However, professionals also have to take into account the role played by the widespread use of apps on mobile devices. According to Google, about half of the US population uses their smartphone for product research or purchase.

Making sure your app gets noticed in the store is difficult. But there are some ways to promote it outside of the official stores.

App indexing or deep linking allows Google to extract the contents of apps and then display them in search results. Users who have it installed on their phone can choose whether they want to open a document on the website or in the app. In the US, deep linking is integrated into 30% of Android and 19% of iOS apps.

Moreover, Google implemented app packs in a growing number of searches on mobile devices, where matching apps are suggested for installation. In spring 2016, Searchmetrics performed a preliminary test and found that within the e-commerce and finance industries, over 10% of the search queries result in app suggestions via the app pack.

Another effect of the use of mobile devices is the increase of voice search. Today, 20% of all inquiries come through voice search, as Google’s CEO Sundar Pichai claimed at the I/O 2016 developer conference. Voice search is mainly used for calls, navigation and time announcement, but also for information about upcoming movies and to play music.

Now the company has announced the launch of Google Assistant, which will change search with its own Tensor Processing Unit (TPU) based on machine learning speech recognition technology. Google is developing a control centre for connected homes called Google Home, which will serve as the basis for Google Assistant. The wireless control panel will integrate search and respond to contextual queries. It will be interesting to see what results are created by Google, as this will surely affect click-through rates and conversions – not to mention how online marketers and SEOs in the United States will use this trend for themselves.

It’s already clear that voice search will result in altered queries. In text searches users generally type in one to three words; while voice searches are often much longer – usually in the form of questions.

This spring, Searchmetrics conducted a test on direct answers. In the US, Google.com answered every fifth query with a direct answer-integration (21 %), while in Germany it did so in only 1 % of the cases.

For online marketers and search professionals it’s clear that old SEO tactics like keyword optimisation of landing pages are almost entirely outdated. This is visible by looking at the Google search results for long search queries such as “Movie where they make fun of Star Wars”. The first result is the IMDB’s entry for Spaceballs, the Mel Brooks’s parody on Star Wars. Google returns this very accurate result even though the keyword “Star Wars” cannot be found in the title, nor in the URL or the description.

Search is and remains one of the primary contact points in the customer journey. At the same time, information available on the web is growing exponentially, therefore it’s no longer enough to write 300 words about a chosen keyword. To continue to achieve good rankings, traffic and conversions, your search strategy needs to follow one discrete direction: the creation of relevant, valuable content that meets user’s intentions and is easily accessible on all devices.

This means that instead of focusing on a single keyword, holistic topics based on user intent are required. A landing page needs to answer all relevant questions and aspects of a selected topic. Therefore, SEOs and online marketers need to understand the hierarchies of subtopics to a core concept, as well as the intention of the user.

Understanding the related subtopics provides insight into the answers the user is searching for – their intent. Knowing this allows content to be tailored to meet these user intentions. Only relevant and technically clean content – that attracts users on all devices – will finally convince Google your content is valuable. It’s in fact the behavior of users who click on a particular search result more often, stay there longer and repeatedly return to the page, that make up the most important ranking signals for Google.

Malte is a product marketing manager at Searchmetrics with more than 10 years of experience in search marketing. Previously, he worked as a project manager and consultant for digital strategy at a management consultancy. While working at the WWU, Malte was involved in research projects with/for IBM and Vodafone in the areas of Social Network Analysis and Social Media analytics.