The capital cities of each country in the Benelux region were recently determined as some of the most liveable cities this year. But where does Benelux place in the digital marketing ecosystem?   Located in the heart of Europe, the Benelux ... 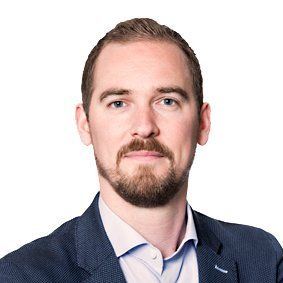 The capital cities of each country in the Benelux region were recently determined as some of the most liveable cities this year. But where does Benelux place in the digital marketing ecosystem?

And despite Belgium and the Netherlands being but a short drive away from one another, both markets should not be treated as one and the same.

It’s worth noting that ‘small’ isn’t necessarily indicative of diversity. Belgium, alone, has three official languages (Dutch, French and German), which is challenging for advertising purposes but it also opens the door for worldwide entrants. As such, the business atmosphere in both countries is very international, and any globally-minded firm with local presence always have the possibility and advantage to conduct meetings in English, if preferred.

The Netherlands is considered a programmatic-first country globally. It was also one of the first markets to launch a local SSP (Improve Digital). The trade of programmatic inventory is at a high as publishers are already pushing the majority of traffic through programmatic: nine in 10 publishers sell between 10% and 100% of their inventory programmatically.

At first glance, Belgium might seem a step behind the Netherlands in adopting programmatic. However, Belgian publishers are migrating more and more towards programmatic. Over the years, according to Ekos Global, Belgium has become one of the fastest-growing Internet markets worldwide with a market size of $5.6 billion and 25% e-commerce growth in 2014, surpassing the Netherlands’ 10%. By the end of 2014, the amount of impressions running in open RTB had reached 10 billion—half of the inventory available in the Netherlands (20 billion impressions). Having witnessed this rapid growth, we can only anticipate further developments in programmatic, bringing Belgium closer to the Netherlands’ programmatic pace.

This movement however, might not affect the dynamics on the supply side given that the Netherlands is a crowded space of DSP’s, SSP’s and trading desks, whereas Belgium is an agency-oriented market.

When considering advertisers, further differences can be highlighted.

Because local and international players populate the Dutch market, you will find major European companies (including online pure players) with a Netherlands headquarters next to strong brick-and-mortar companies with local brand names.

By comparison, in Belgium, there are only a few large-scale advertisers mainly because it is a cross-border market for e-commerce. 33% of Belgians are cross-border shoppers, purchasing goods from abroad: France, the Netherlands, Germany, the UK and the US.

Netherlands is an established e-commerce market, where advertisers are open to leveraging their CRM data for online marketing, working with specialists along the full funnel. Although performance is still key to success, service plays an important role in the overall results, especially since performance and branding budgets are coming closer together.

E-commerce and marketing departments are working more closely together, resulting in budgets being combined and campaigns becoming better aligned with data is being shared.

Meanwhile, in Belgium, the situation is almost reversed: programmatic is mostly used by agencies; therefore it is a thorough procurement process—instead of being opportunity-driven—where relationships and service comes before performance. But this might very well change due to the rapid growth we have seen in e-commerce. Belgium is an exciting market opportunity, as it’s adapting programmatic at a rapid pace, from both the publishers’ side as well as the advertisers’ side.

If e-commerce in Belgium grows at this rate, we can expect marketers to open up to advanced programmatic solutions for desktop and mobile, bringing the state of the industry to parallel the Netherlands’.

Yori Klaassen Bos is Commercial Director for Benelux at Sociomantic Labs, where he is responsible for revenue operations and developing business strategies surrounding growth and ensuring advertisers are making the most of programmatic display—in technology, performance and service. Armed with over a decade’s experience in digital media and multiple disciplines within the ad tech space, Yori was previously at Zanox heading the publisher department following different roles, each focused on business development on both advertiser and publisher sides. Prior to joining Zanox, Yori was heavily involved with the development of AKO.nl, a leading Dutch bookstore chain in its early-days e-commerce activities. At present, Yori leads a team of experienced and entrepreneurial professionals in Sociomantic’s Amsterdam office.