Why is Everyone Talking About Programmatic Creativity?

There’s no shortage of commentary covering how programmatic needs to evolve and get more creative. But before we can work towards programmatic creativity, we must answer an essential question; what exactly is it?  Understanding programmatic In an effort to ... 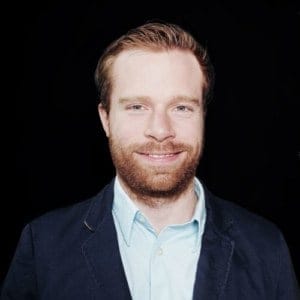 There’s no shortage of commentary covering how programmatic needs to evolve and get more creative. But before we can work towards programmatic creativity, we must answer an essential question; what exactly is it?

In an effort to lay the foundation for our discussion, let’s first take a step back and hammer out a succinct definition of programmatic, since there is still uncertainty surrounding the fledgling technology.

There are several variations that more or less state programmatic is a way to buy media by using ad technology, data rules and algorithms to deliver relevant communication to the end user. During this process, software is used to automate the buying, placement and optimisation of media inventory via a bidding process.

One aspect of programmatic to highlight is that it is not simply a way to buy cheap media inventory; let’s squash that fallacy right now! Rather than focusing on price, an onus should be put on intelligence, and that is precisely why programmatic creativity is so important.

The definition of programmatic creativity

Programmatic creativity in fact is not so much an output as it is a process of thinking. Let’s give a textbook definition and then open up the discourse from there:

In essence, programmatic creativity is undertaking and finding solutions for complex issues of bespoke business models and organizations. As it stands now, programmatic is very generalised, but this “one size fits all” approach can only go so far.

The importance of programmatic creativity

This innovative means of thinking is actually what will propel programmatic technology forward. Programmatic is still in its infancy, and as is the case with any emerging technology, we’ll need to define and reshape use cases for it as it evolves along with our understanding of it.

In the future, programmatic  will look very different. It will be the underlayer for technology designed for unique problems, branching out into specific business tools. Especially as data ingestion and activation become more of a focus for organisations, being able to integrate and execute on complex bespoke business systems will be imperative.

For instance, a telecom will have an inherently different set of challenges and infrastructure compared to an airliner when it comes to collecting customer and company information and translating it into relevant communication channels.

Those who remain skeptical of the impact and performance of programmatic, need to simply learn from history. Some of the world’s greatest inventions were created long before we were able to fully realise their impact.

A great example is the printing press. Johannes Gutenberg invented the machine around 1440, but it wasn’t until significant changes were made – including changing the rubrication process, increasing the amount of lines per page and increasing the print run – that he began printing The Bible about 15 years later.

Programmatic is very much in its own developmental phase. As the technology evolves and we define and build new use cases, programmatic will become an increasingly viable business tool and revenue increasing source.

The way we realise this maturation and advancement is through programmatic creativity. The algorithms and AI that surround the technology are quintessential, but it’ll be our human thinking and ingenuity that’ll drive us to programmatic success now and in the future.

Want to know how to apply programmatic creativity to your current campaigns? Check out Yieldr’s Rutger de Jong and Office Depot Europe’s Jenny Keijers present Programmatic Advertising: As Creative as You Like at PMI: Europe in July.

Joe, American born, now makes his residence in Amsterdam, the Netherlands where he heads up global communications for Yieldr, a platform that activates data into efficient programmatic marketing solutions. In addition to the Netherlands, he spent three years working within Berlin, Germany's emerging tech scene and has additional experience in the US, Canada, UK and Italy.