Linear TV has long been categorised by advertisers as an unmeasureable, unoptimisable medium. And I can’t blame them for that perception; the rise of digital channels has offered measurement, targeting and optimisation opportunities that they never traditionally had with ... 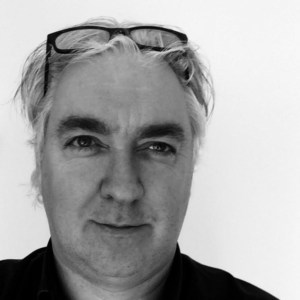 Linear TV has long been categorised by advertisers as an unmeasureable, unoptimisable medium. And I can’t blame them for that perception; the rise of digital channels has offered measurement, targeting and optimisation opportunities that they never traditionally had with TV.

But this is no longer the case. Big data and analytics have created the option for TV to be an optimised marketing channel – one where campaigns can be tracked, measured, and improved upon, just like they are in the digital realm.

What some might find surprising is that linear TV is actually holding its own in an increasingly digital world. It doesn’t have the same issues of trust, ad blocking, and fraud as digital does, and it’s still one of the most effective ways to reach broad audiences at scale in a brand-safe environment. A recent study from ABC and Accenture found that linear TV still delivers a greater ROI than digital, and this is where the crux of the matter lies.

The key factors that held TV back in the eyes of advertisers was its lack of measurement and optimisation opportunities. Advertisers would have to retrospectively analyse TV performance based on ratings/audience data weeks after a campaign aired. This deficiency prevented marketers from truly understanding what worked and what didn’t, making it difficult to calculate ROI and justify TV spend.

TV has since become accountable in the same way as digital, as new tracking, measurement and optimisation strategies and technologies have emerged in recent years.

So, as an advertiser, what do you need to do to make TV work better for you?

Ratings/audience data, which is inherently inaccurate, takes around six weeks to reach advertisers, meaning it can’t be used as a basis for an effective TV strategy. Brands must be able to proactively measure campaign performance in a much timelier manner, using same-day spot and response data. This allows advertisers to understand performance across networks, dayparts and creatives and to make changes “in flight” while a campaign is still on the air.

When used to its full potential, data can transform any industry, and TV is no exception. Technologies exist to analyse response data from multiple sources, including the web, call centres, mobile, apps and SMS, to accurately and quickly track and measure the effectiveness of TV advertising campaigns.

Take advantage of the second screen

Today’s connected consumers switch easily between screens, often using smartphones or tablets while watching TV. Advertisers need to take advantage of this behaviour by analysing how TV impressions drive revenue through online, mobile and second screen. Even when the actual conversion happens days or weeks after an ad airs, it can still be attributed to the relevant TV spot.

Plan based on response, not cost

Getting a discount for a TV spot, or a reduced CPT (cost per thousand), means nothing if it’s not reaching the right audience. Advertisers need to plan their TV strategies based on attributable response or the actions generated, also referred to as cost per acquisition (CPA). Using CPA vs CPT, advertisers can plan to target their audiences based on the place and time they’re most likely to respond.

Keep an eye on the dynamic baseline

To fully appreciate the impact of TV impressions, advertisers need to understand their baselines – basically, the response they would have received regardless of TV. Baselines change by the minute, influenced by external factors outside of the advertiser’s control. Relying on a static baseline distorts the true picture of TV-ad performance, so a continually calibrating, dynamic baseline is vital to gain an accurate understanding of how TV is really working for you.

The on-going debate between TV and digital would lead many to believe that these are two different beasts, but advertising shouldn’t be an either/or strategy where you replace one channel for the other. Rather, the most progressive advertisers embrace a complementary media strategy – taking advantage of multiple channels and understanding how they interact with each other to impact desired outcomes.

Through data-led measurement and optimisation, advertisers can finally have the same level of insight into TV advertising as they do with digital campaigns. They can see what campaigns are working best, determine what times, days and networks are effective, and optimise on-air campaigns. These capabilities, combined with the sheer reach of linear TV, gives advertisers a very powerful marketing tool to work with in a highly competitive business environment.

For over 15 years, Kevin has been helping companies navigate the path from data and analytics to insight and strategy. As CTO at TVSquared, Kevin brings his skills in coding, modeling, team building and leadership to ensure the company continues to provide the industry’s most accurate, same-day attribution technology. Previously, Kevin was the vice president of marketing sciences at TWO NIL, a media-marketing and advertising agency. While there, he led a team of senior analysts and marketing scientists to build advanced optimisation and marketing-mix models for measurable and effective TV and digital media investment strategies.